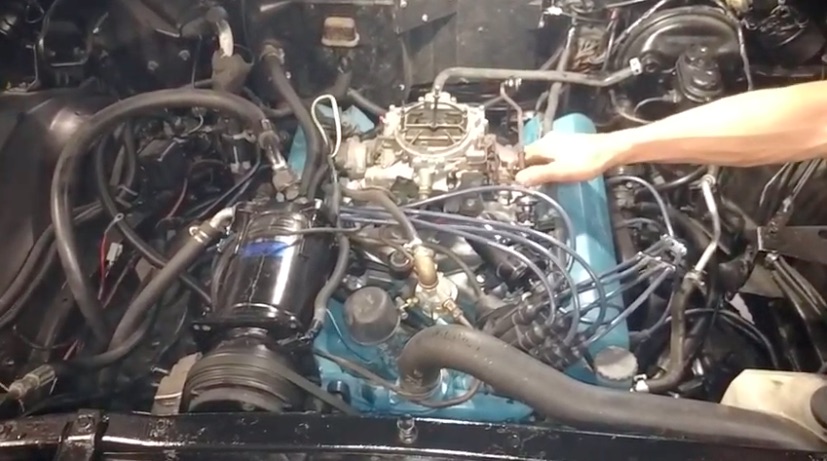 While the Ford 429 engines are the best known of this size, Cadillac produced a 429ci V8 engine from 1964 right through the 1967 model yeah. The engine was the ultimate extension of the venerable 390ci platform that was refreshed in 1963. The 1963 engine was of the same basic foundation as the original Cadillac 390 but it was refined and lightened.

The 429 was created by using a 4.125″ bore and a 4.00″ stroke. This resulted in a healthy engine that made 340hp and 480 lb-ft of torque. The only problem with this engine, in terms of being recognized as what it should be is the fact that it was only around for three years and was replaced with the legendary 472/500 series of engines that just buried it in displacement and audacity, if not performance.

I wish there were some heroic tales to tell about this engine and what it did in motorsports in come unforeseen way, how it was bad ass in some circumstance but I can’t. It was a solid engine and the final refinement of a platform that had delivered luxury and performance to the best American luxury brand for years. Speed parts are pretty limited in terms of what’s out there. Performance manifolds, a camshaft, and that is about it.

These babies were prime movers and kept big Caddies from being passed up by lesser marques.

All Whine, No Cheese: Five Minutes Of Glorious, Differing, and Awesome Blower Noise Boss Cat: This Monster Caterpillar 3508 V8 Makes 1030hp and 3070 Ft/Lbs Of Torque on The Dyno!