Meet The Cheapest Car In History: The Briggs And Stratton Flyer Would Still Only Cost $1,683.88 Today – (w/Video) 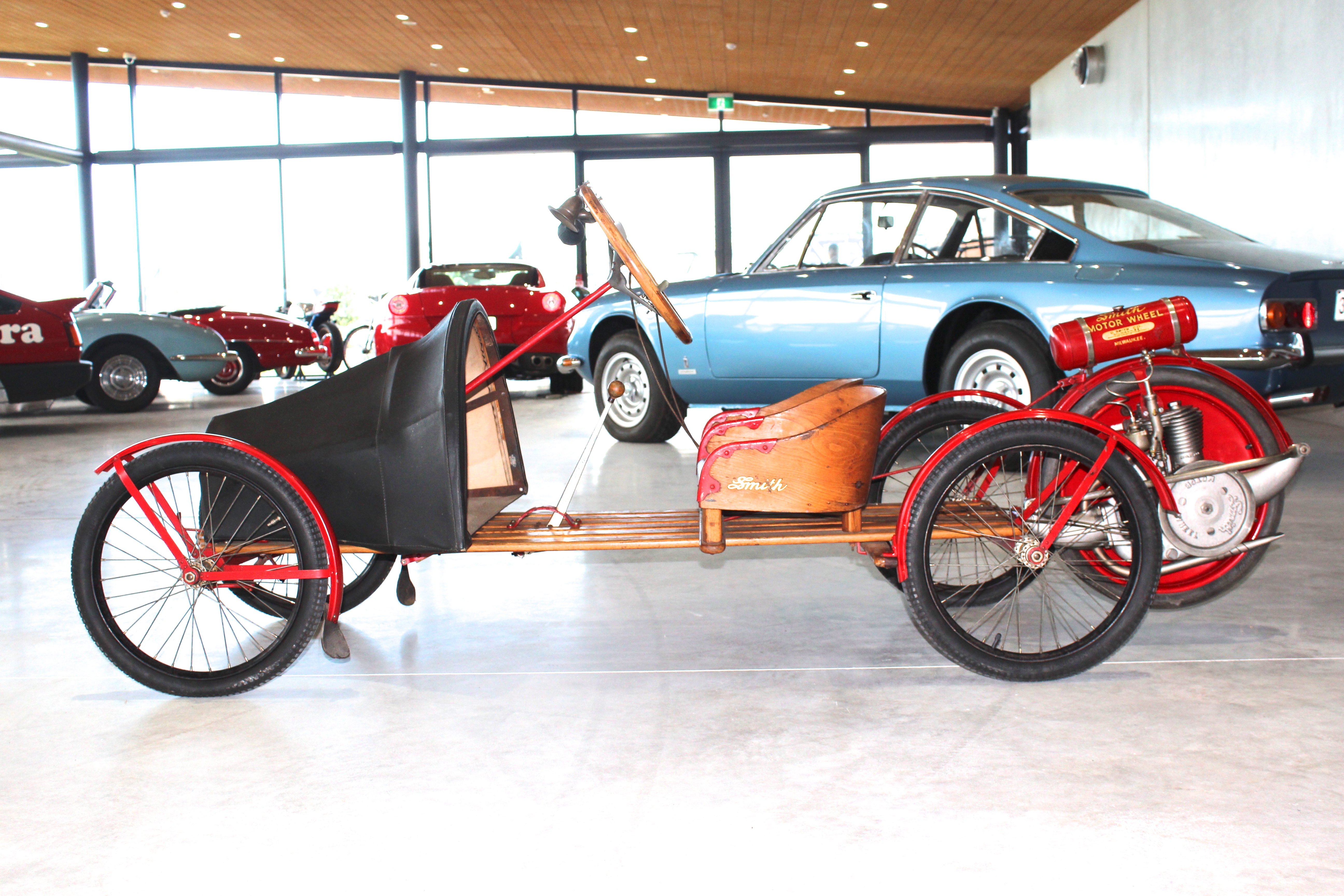 When the A.O Smith company of Milwaukee, Wisconsin decided to get into the car business by building a very cheap form of transportation we’re not sure they were aiming to build the cheapest car in the history of the world but that is exactly what they did. By the time that the last of these babies rolled off the line (then being produced by the Briggs and Stratton company) the sticker price was between $125 and $150 bucks. Going on the fact that we’re all cheapskates here and that we’d have needled the seller down to that $125 price, that equates to $1,683.88. You’d be driving off the lot on a vehicle that did not have a body, did not have suspension, had a top speed of around 30mph, had very little in the way of braking, and gave you zero hope of survival in the event of a crash. Oh, it also lacked a clutch or a throttle. But the reality is that you’d have to spend a whopping $4,297 in today’s cash ($380) back then for a 1922 Model T runabout which, well, which looked like the space shuttle as compared to this insane death trap. So what it a Smith/Briggs and Stratton Flyer? Read on and we’ll tell you. 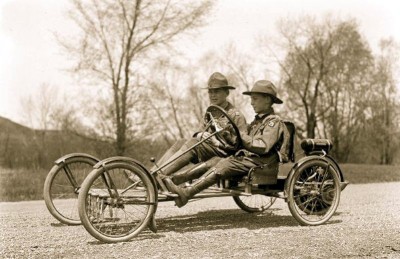 We’re not sure which member of the A.O. Smith company dreamed this idea up but we’re guessing it was birthed after a lunch that consisted of Brandy and LSD. They basically took the design for a kid’s snow sled, stretched it, and added a “Motor wheel” to the back. You have likely seen a “motor wheel” before as they were used mainly on old bicycles to convert them into motor bikes. In this case, we’re talking about a 2hp engine and a one gallon gas tank that was said to deliver some 80+ miles of range. Because the total weight of the vehicle can’t be any more than a couple hundred pounds empty, we’re sure they were right. The motor wheel propels the car down the road which is a basic enough idea. The thing goes completely stone age when we tell you that there is no throttle on the engine, the brakes are the fenders, and the “clutch” is that big lever in the middle which raises and lowers the wheel off of the ground. Drivers were instructed to “gently” lower the wheel onto the pavement to facilitate starting off from a start. We mentioned the brakes being the fenders. Essentially when the driver stepped on the brake pedal, the fenders  (which were on hinges) would be pressed down onto the tires, slowing the vehicle. Once the engine was started it would run at a constant speed. The only way for the driver to shut it off was to hold the compression release handle open and let the thing peter out on its own.

Suspension was achieved by the flexing of the wooden frame that the occupants were wedged onto. You’ll see in the photos below that the confines were cozy, even when it was a pair of skinny kids occupying the seats. There are about a dozen known to exist in the world today according to several different sources that we read. After 1925 Briggs and Stratton sold the rights to the flyer off to another manufacturer who eventually sold them with an electric motor powering the wheel. We have no idea how that went but we’re guessing not so good.

If the Briggs and Stratton/Smith Flyer had any lasting effect it was what it did for the Briggs and Stratton company. They took that 2hp engine which was refined for this application and expounded on it with a multitude of different models and as we all know the company is still one of the lading small engine brands in the world today. We’re not giving this little weirdo car credit for that growth but it did show them the scope and size of the small engine market that was available to be seized and seize they did.

This car, as much as we’re joking about it clearly sums up the wild west that was the American automotive industry right up into the 1920s. While hundreds of companies came and went from the turn of the century to the 1920s, there were many others that produced little weird stuff like this which soldiered on longer than anyone expected. Some of the companies like Briggs and Stratton ultimately took a different direction and survive today because of their early roots during this crazy period in both American and automotive history.

Truth be told we’d like to take a quick zip around the block in a Briggs and Stratton Flyer….wouldn’t you? 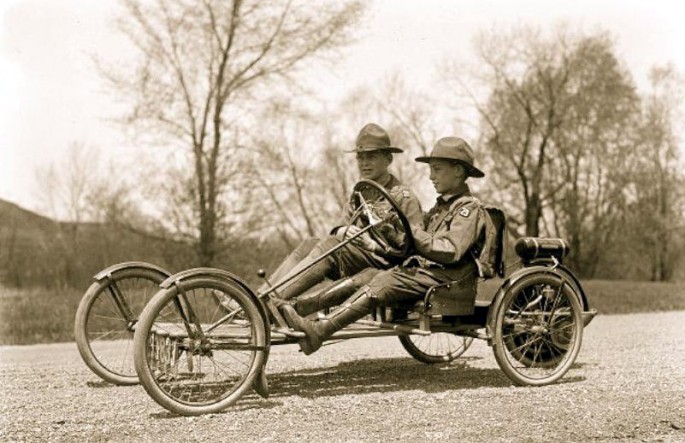 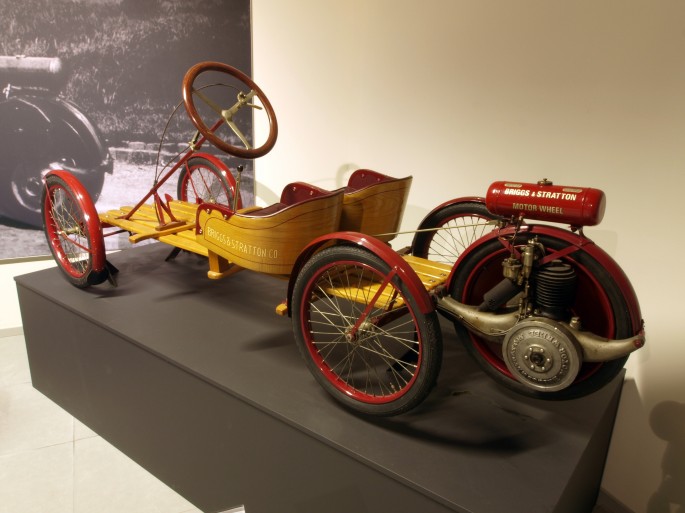 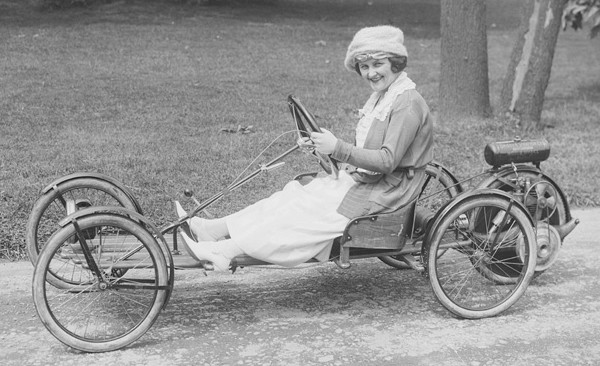 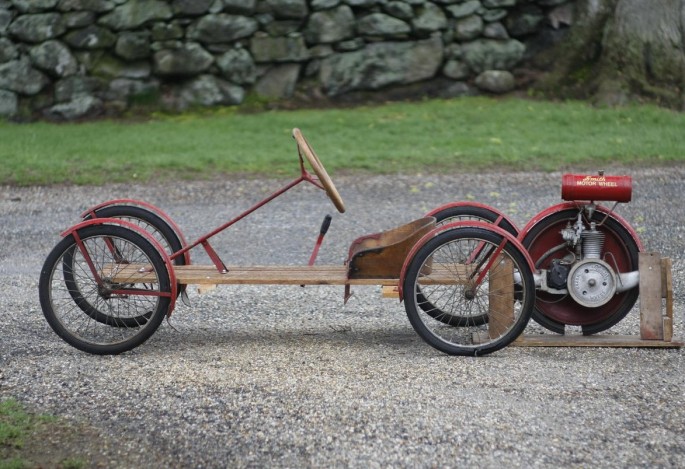 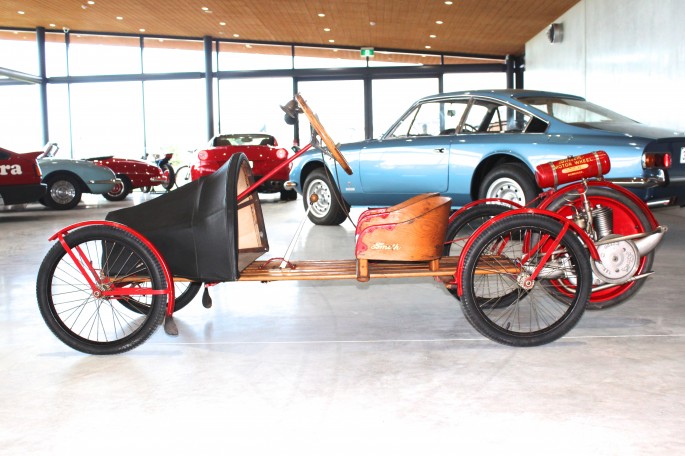 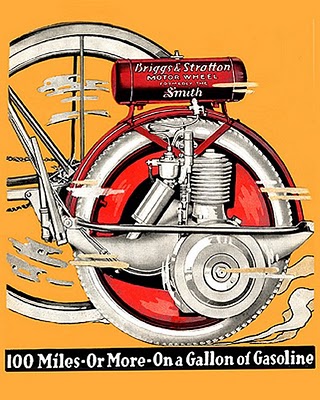 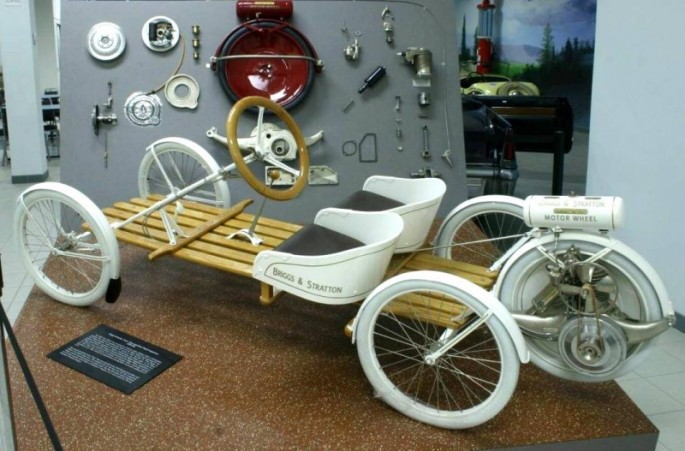 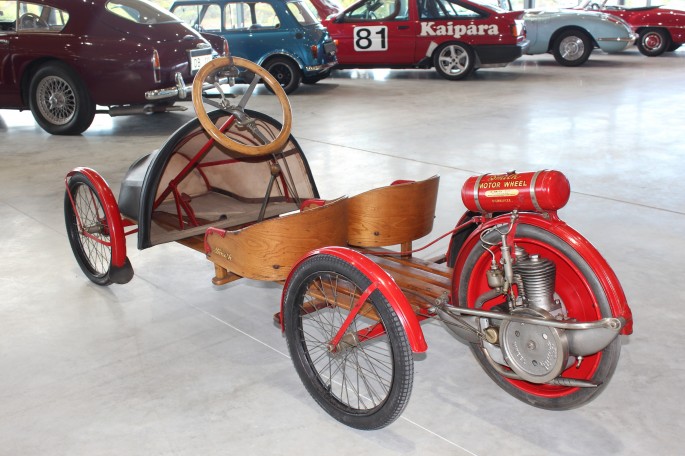 One thought on “Meet The Cheapest Car In History: The Briggs And Stratton Flyer Would Still Only Cost $1,683.88 Today – (w/Video)”