Jul 13, 2020Brian LohnesHISTORIC, VideosComments Off on Bonneville History Video: Watch Craig Breedlove Talk About The Rocket LSR Car That Never Was…Or Was It? 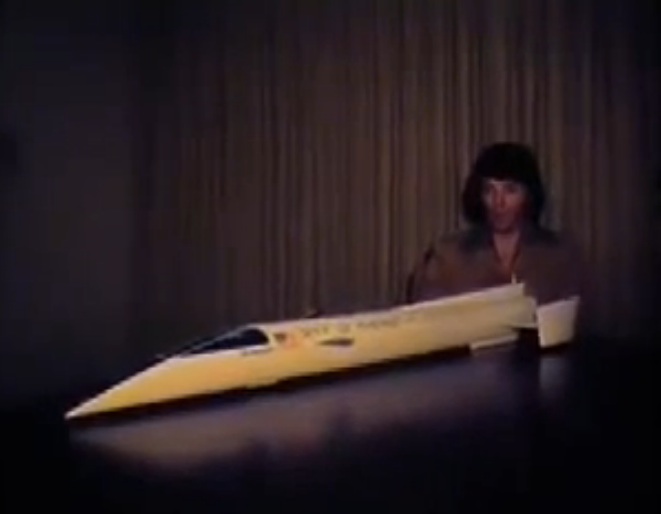 Here’s a cool piece of Bonneville history caught on video as Craig Breedlove talks about the rocket powered LSR car he was planning to construct in the early 1970s to keep ahead of an ever escalating “arms race” against the likes of Gary Gabelich and others. Breedlove states in the interview that the car he was planning to build would be capable of breaking the sound barrier on land, a feat that took another couple of decades to actually complete. We’re not saying that in a mocking tone, because we have incredible respect for Craig Breedlove, but just as a statement of fact. It was a BIG deal when Andy Green did it back in 1997.

Back to the video. The car was going to be constructed on a tight schedule in the Salt Lake City area and we think it is pretty cool when Breedlove is asked how fast he will go and he basically says that he’ll go as fast as he needs to. That’s a great answer to the question. It is also clear that at this time Breedlove was feeling pressure from others who had goals of smashing the sound barrier and snatching the record (which he still held at this point) away. Ultimately the rocket car was never run. The reasons we have read center around an inability to get the fuel for the rocket that was planned to be used. We’re not sure if that was high grade hydrogen peroxide or the more exotic and very dangerous hydrazine. Either way, that was that for the rocket car…or was it. 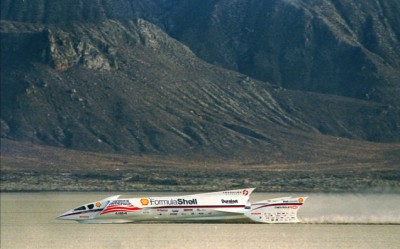 In the 1990s Breedlove constructed his final Spirit of America and it looked A LOT like the design of the car you’ll see in this video. The machine was powered by a monstrous J-79 turbine engine (ironically the same type of power plant that his 1960s arch-rival Art Arfons used) and achieved a best speed somewhere in the 670mph range but never got to the 700mph mark or the sound barrier and ultimately was sold to Steve Fossett. We started doing double takes when we looked at the 1990s car and back at the 1970s model. Outside of some subtle changes, they are virtual carbon copies! Pretty cool if you ask us.