Morning Symphony: Rally Finland 2019 – Where The Air Is Big And The Roads Are Waiting 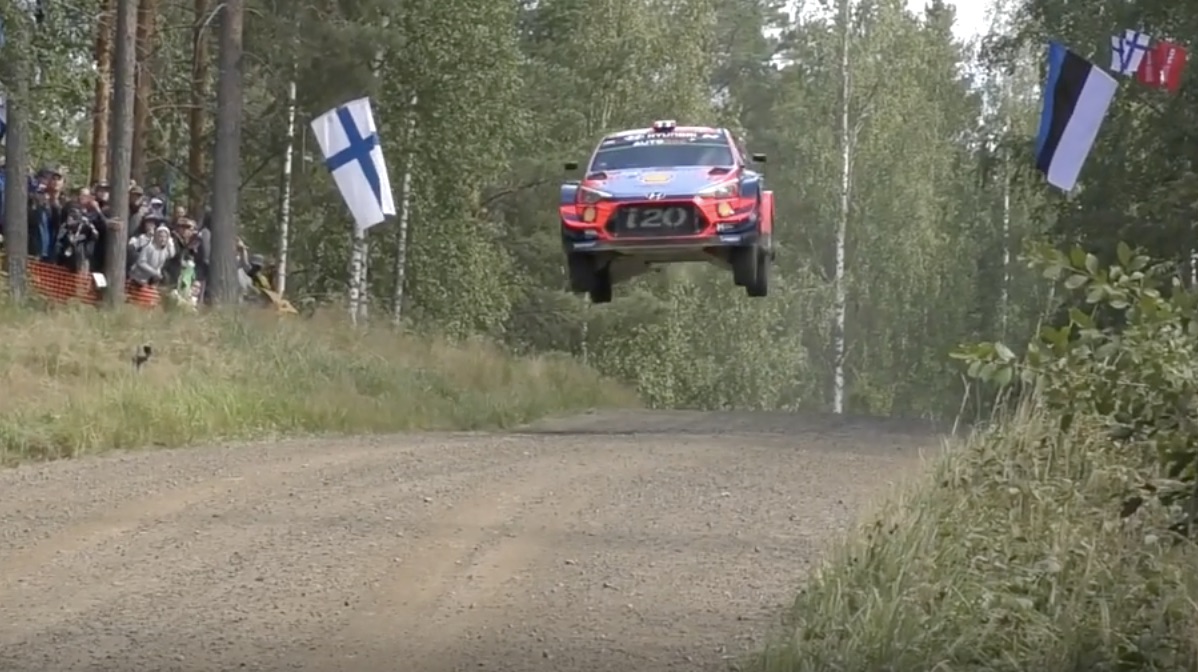 Finland has, per capita, more successful drivers in different disciplines of motorsport compared to most countries. A land that is roughly as wide as West Virginia and about as long as the distance between Ontario, Canada and Atlanta, Georgia with a population of about 5.5 million individuals cranks out hot-shot drivers that run in Formula 1 and rally racing with regularity. Looking at the road structure of Finland, it’s not difficult to see why…over 200,000 miles of Finland’s roadways are private or forest roads. That means there is a lot of space for up-and-coming drivers to cut loose and hone their skill, needed not just for racing purposes. Finland’s driving test takes at least two years to acquire and requires night-time driving and slippery condition tests as part of the curriculum.

Then there’s the famous rally itself. Rally Finland is the fastest event of the World Rally Championship series and is considered the “Grand Prix on Gravel” for a reason: wide roadways of gravel, jumps, and large hill crests make the event one to watch. And it is one of the few courses on the schedule that has a blatant home-field advantage…over the sixty-eight years that the rally has been run, only seven drivers that aren’t from Finland or Sweden have won, and that didn’t start happening until Carlos Sainz wheeled his Toyota to the win in 1990.

It’s difficult to grasp that these cars are ripping down gravel roads sideways, airborne or otherwise, at well over 75 miles an hour. But this video is one of the best we’ve seen that showcases the lunacy of Rally Finland. Enjoy!

In Too Deep: A First-Timer's View Of The Pomona Swap Meet! BangShift Question Of The Day: If Your Kid Shoved The Car Into The River, What Would You Tell The Press?

One thought on “Morning Symphony: Rally Finland 2019 – Where The Air Is Big And The Roads Are Waiting”