BangShift Question Of The Day: If Your Kid Shoved The Car Into The River, What Would You Tell The Press? 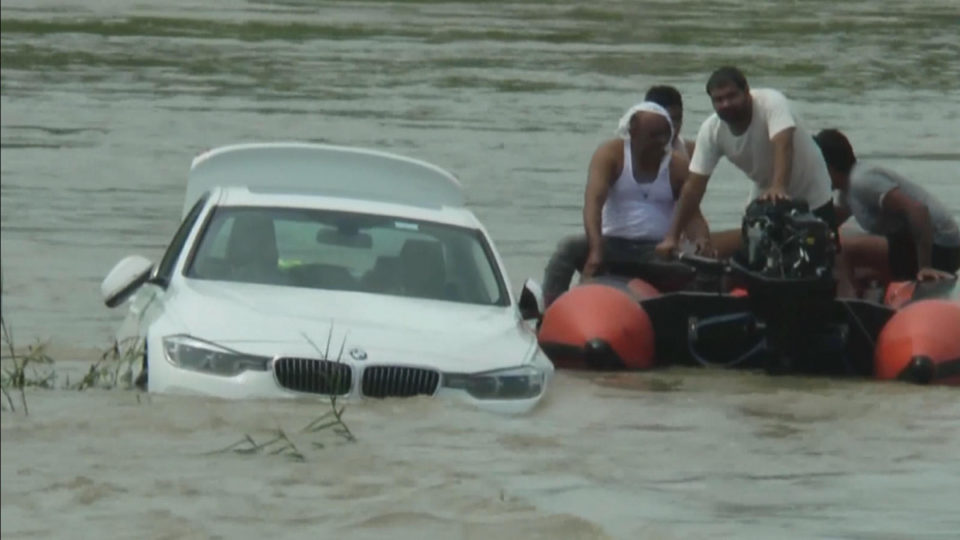 I’m not one of those guys who, as a kid, got their first car with the money they made mowing lawns or such. My first few cars were actually thanks to my stepfather. All were a few hundred dollar beaters, but most ran and drove with just a little bit of work and were more than enough for a kid who didn’t even have his license yet. When he brought home a rotted 1975 Camaro for me when I was twelve, I was dancing. When he brought home a 1979 Cutlass that just needed minor body work and probably a head gasket, I was over the moon and wouldn’t shut up about it. When he fronted the $150 purchase price, carburetor and manifold for my 1979 Caprice, I was shocked that he was still all about it. At no point in time was I ever ungrateful for his actions in providing me with my gateway drugs into automotive addiction. 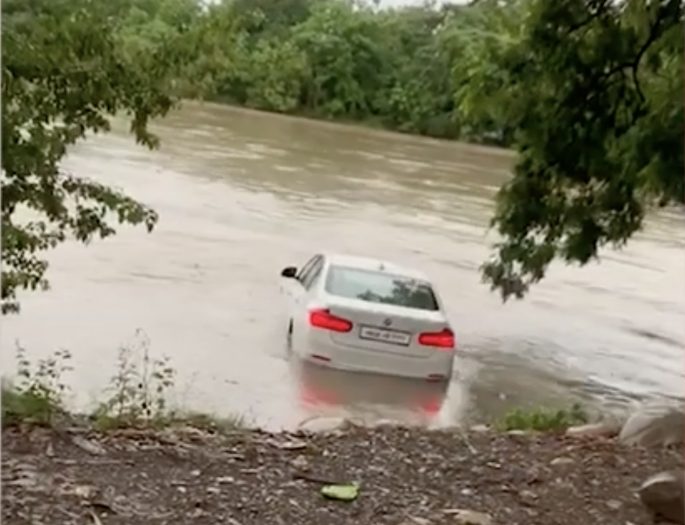 Now, let’s talk about an Indian man who threw a fit because he wanted a Jaguar, but his parents could only afford a BMW. Yeah, this actually happened in the state of Haryana in northern India. Sanjeev Kumar, the father, had sold the family minivan and had managed to scrap together the money to purchase a BMW 3-series for his 22-year-old son, Akash. Akash didn’t want the BMW, he wanted a Jaguar. He claimed that the BMW was too small. He was so upset by the car that he drove the BMW into the Western Yamuna Canal and let the swollen river have at it, filmed the act, and put the video on social media. The BMW was removed from the river and there are no charges being pushed against Akash, because he has “a mental deficiency”. Ya think?

The worst part of this story is that Sanjeev actually defended his son. He claimed that Akash never demanded the Jaguar and that the BMW wound up in the drink after he swerved to hit an antelope that was crossing the road. Anybody else buying that story? It sounds like the guy who drove his Bugatti into a salt marsh a few years ago after he got spooked by a pelican…or was bent on insurance fraud, you pick.

If it was us, there would be no way that we’d be defending the man. You know media were right at the door once they figured out who owned the car and who bought the car. If it was your kid that sank the gifted car, what would you tell the reporters?

8 thoughts on “BangShift Question Of The Day: If Your Kid Shoved The Car Into The River, What Would You Tell The Press?”