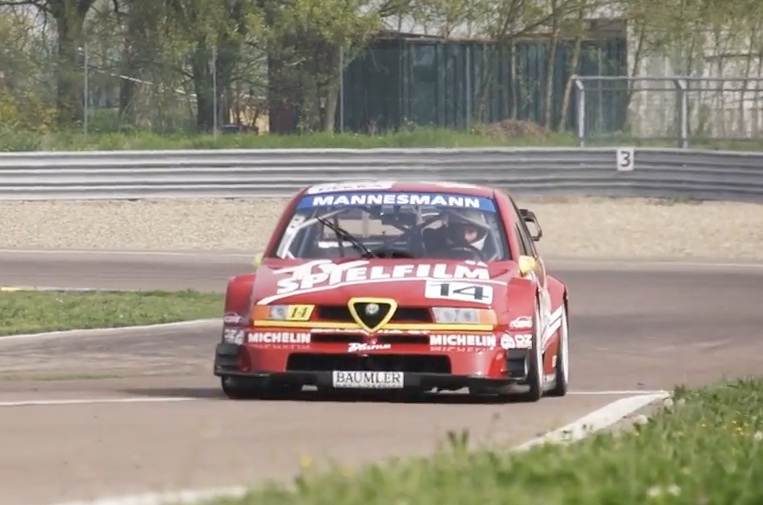 480 horsepower at a staggering 11,500 RPM. That kind of figure should belong on a race-spec Superbike, but instead it belongs to the 2.5L V6 inside of this Alfa Romeo 155 V6 Ti race car. Alfa might have been busy adding to their legendary “Italian charm with all of the quirks” reputation, but they were also busy focusing on the one thing they could knock out of the park: a V6-powered race car that had a scream so lust-worthy that grown men started to sweat whenever they heard it. Alfa had a winner on their hands the moment they unleashed the car to the tracks: between 1992 and 1994, the 155 V6 Ti took home touring car championships in Italy, Germany, Spain, Britain, and the International Touring Car Championship.

If you aren’t into Italian cars or Alfas in particular, it’s difficult to see why a car that is just as famous for being troublesome as it is an amazing racer can be loved. Hit play and listen to that Busso V6 shriek it’s lungs out. If Alfa Romeo does nothing else right in your eyes, you have to admit that they know how to make a killer-sounding V6 engine…this thing sounds absolutely incazzato.

Carlisle Ford Nationals 2020: If You Think You Know, Look Again... It Screams: A Twin-Engined Rotary Pulling Tractor From Australia!

One thought on “Morning Symphony: This Alfa Romeo 155 V6 Ti International Touring Car Is Anything But Peaceful!”