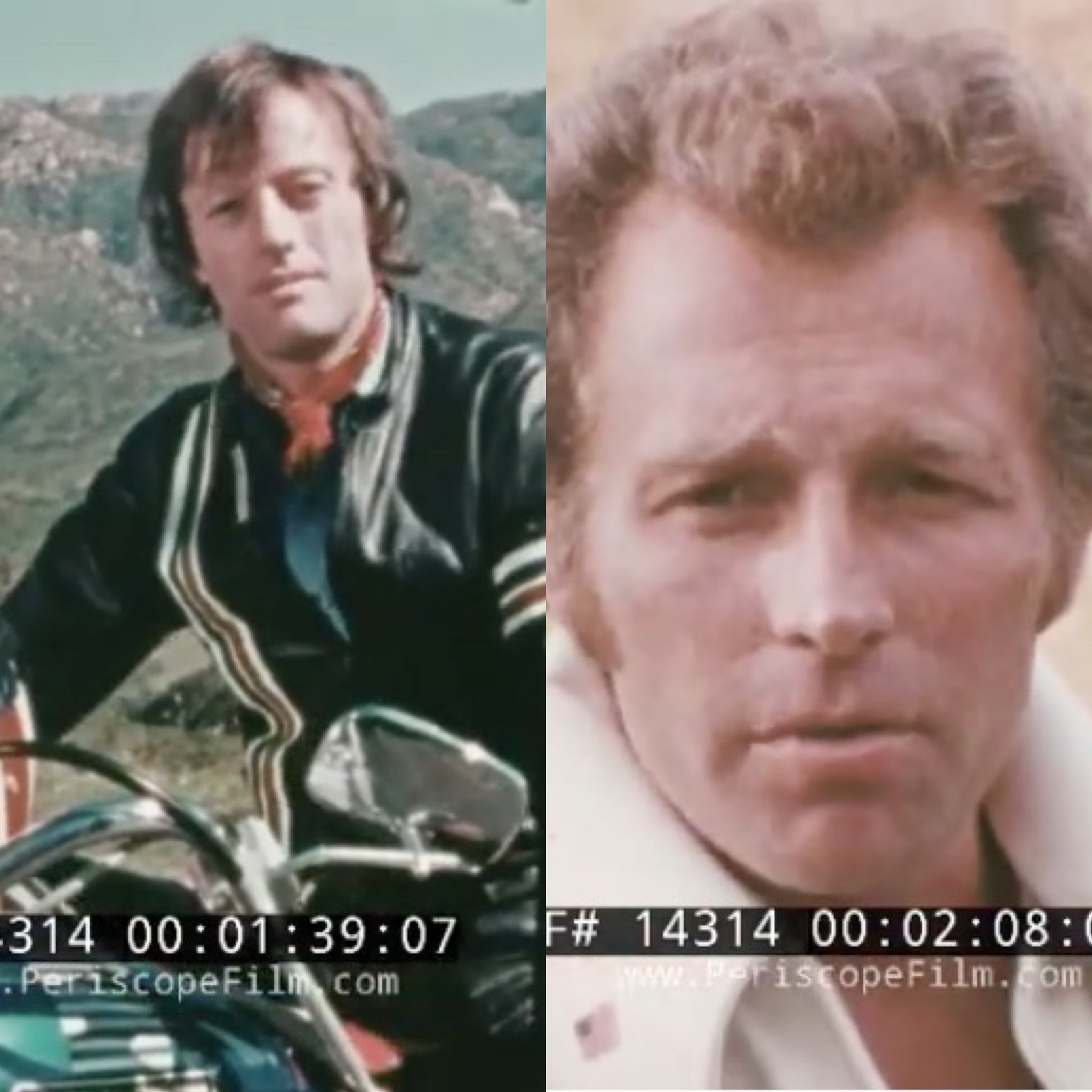 If you were someone who was going to make a film about motorcycling safety in the 1970s and your job was to cast it, who would you pick? Certainly your first choices would have to be cool, they would have to connect with a youthful audience, and they’d have to be people with some cred in the motorcycle world. Racers? They’d be fine but most people, especially kids didn’t know who the real rock starts of that world were. Athletes? Yeah that could work but again, meh, not really perfectly fitting the mold. Peter Fonda and Evel Knievel? Hell yes! That’s who stands front and center in this video and we can only imagine the elation of the filmmakers when both agreed to do the job.

This is a neat video and if you are rider, we’re guessing all of the basics here still apply. Stuff like jumping on someone else’s bike and having no clue of how it has been maintained or prepared, using good judgement on the road and being eyes-up awaiting for someone to do something dumb, etc.

Outside of the cool people in the film there’s the motorcycles which are neat. They all smoke and perfectly sum up why Harley-Davidson was heading into some rough financial waters. Th cars are boss in this one as well. The machines on the highways and byways of California on typical days back then will blow your mind. Keep your eyes peeled for the primer Rolls!

Did anyone ever watch this “in period” back in the day?

Rust and Dents Got Your Goat? OPGI Can Help! Check Out Their RestoParts 1970 GTO Fender Here Homebuilt Boost: This Ratty Looking Dodge Dakota Has A Home Turbocharged 3.9L V6 And It Makes Some Power!