In New England, Sprint Cars Don’t All Get Parked for Winter; Some Go Ice Racing 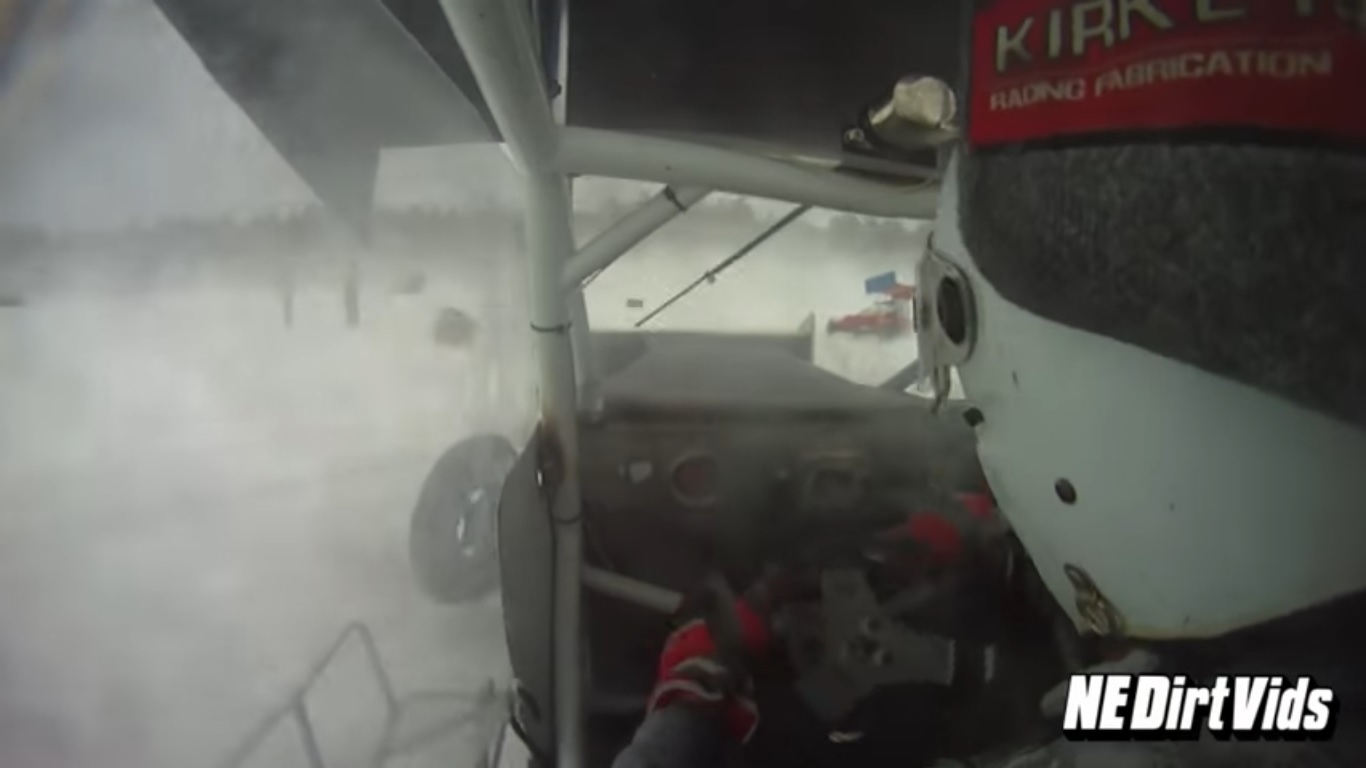 As we turn the corner from summer toward winter, racing season begins drawing to a close. Cars are winterized or pulled into the shop for offseason overhaul while driving skills hibernate. Winter is a tough time for racers. Unless you race your sprint car on ice in the winter months, of course, like New England racers do in New Hampshire with the Lakes Region Ice Racing Club. Thanks to NEDirtVids on YouTube, you can get a taste of flogging a winged sprint car around an oval plowed off a frozen lake.

With the ice kicked up the sprint cars’ spiked tires, the biggest change to the chassis looks to be Lexan or plexiglass for windshields and side windows. That keeps the kicked-up ice and snow from blocking the field of view and maybe retains an iota or warmth, though we doubt it. The camera car here even has a windscreen wiper to give a clear view. Visibility seems like a challenge, but we wonder how difficult it is to find traction on the ice. With spiked tires, the racing surface wouldn’t be nearly as consistent as a dirt oval, itself not necessarily renowned for consistency over the course of a race.

The groove looks to change almost lap-to-lap on the unbanked ice oval, but the primary idea is familiar: Toss the car into the turns sideways and tread the line between slip and grip without bleeding off too much speed. More than anything, it looks like a total riot.

Trick Flow Has Got Tons Of New Parts - Ford, Chevy, and Mopar Lovers Will All Be Happy SEMA 2016: This Toyota 86 Is Rocking The Engine From A Ferrari 458 Italia!

2 thoughts on “In New England, Sprint Cars Don’t All Get Parked for Winter; Some Go Ice Racing”