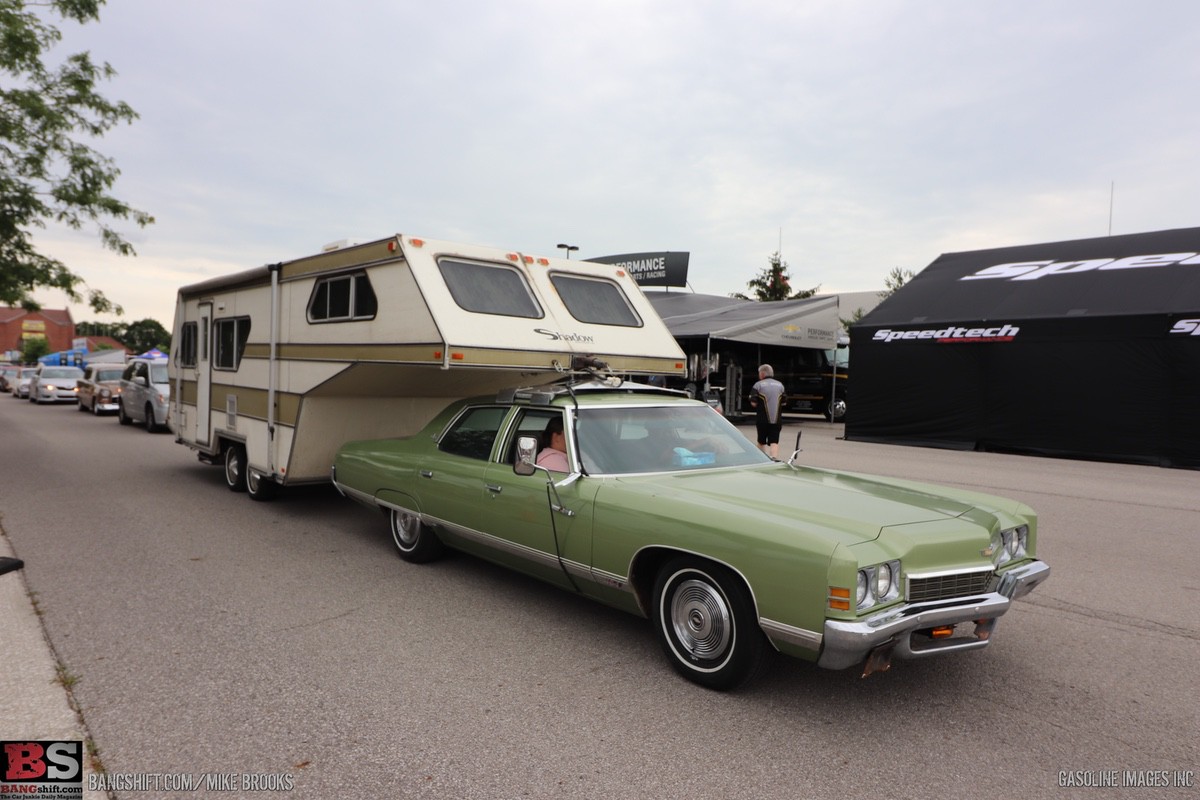 (Photos by Mike Brooks) – We told you the other that that it would be coming, well here it is. Our Next Wave of Goodguys Columbus Photos Starts Here! Mike Brooks is the shooter of these fine images and boy did he deliver a pile. Rather than force you through hundreds and hundreds in on shot, we’re breaking it down into 100 photo groupings so that you can take them all in at a leisurely pace. Who doesn’t want to stare at this ridiculously cool car/camper combo, right?! We’re going to for sure.

Mike cruised out to the show in his killer C10 truck that he recently swapped the Cadillac plat he was using out of to be replaced b a 396ci stroker small block built by Blueprint Racing Engines. Mike drives his stuff and has already logged more than 1,000 miles on his combo.

You know the drill, enjoy these photos from the Goodguys Summit Nationals presented by PPG!

Hit the images below to expand them and then scroll on to see them all in full sized glory!

Everyone Is Welcome! Join Us For The Classic Instruments Open House And Poker Run July 31st! The Skyline Is Coming To America, As A Ford: No, This Is Not A Sick Joke...Or Maybe It Is