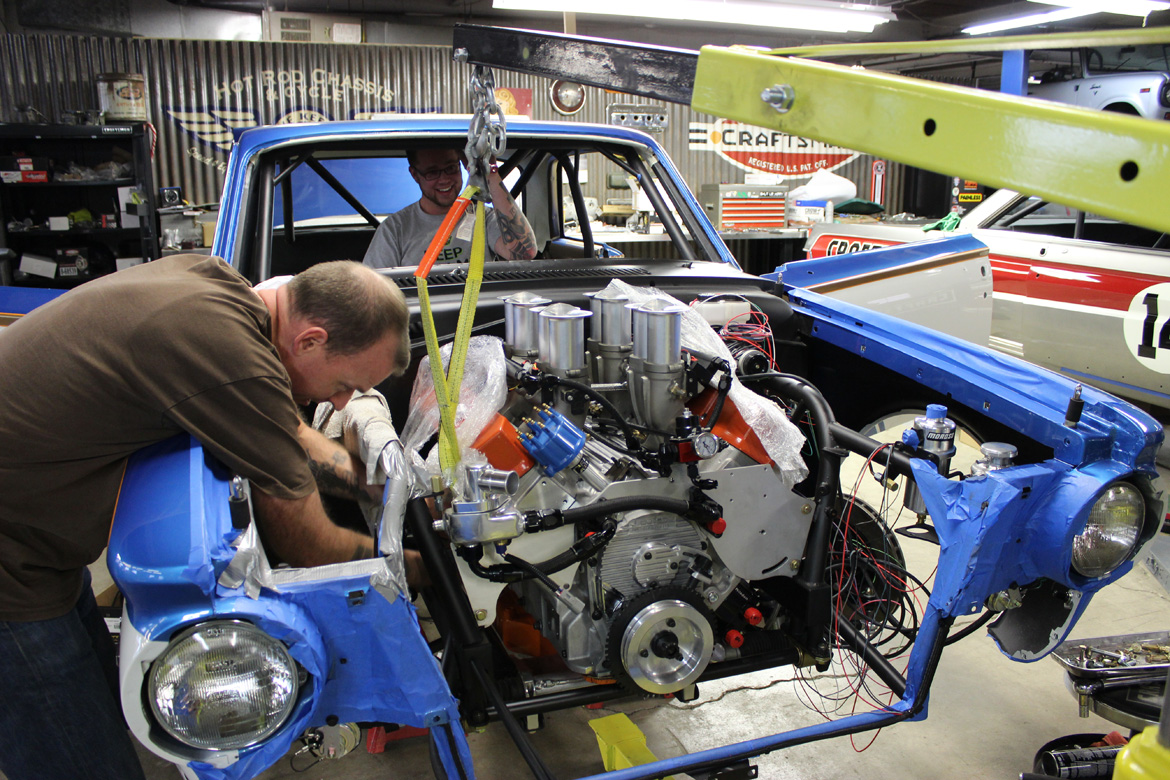 It was EXACTLY one year ago today when we showed the body of what has not become Project Violent Valiant getting sand blasted and prepped before being sent back to Hot Rod Chassis and Cycle for Kevin Tully, Chad, and the rest of the crew to work on for a sold year in order to have it turn out as this jaw droppingly bad ass creation. The shop is not only finishing the Violent Valiant for SEMA they are also finishing a Mercury Comet build they did for Craftsman Tools at the same time so it has literally been all hands on deck with some “guest” help coming by at night to boot. The effort has been amazing and Kevin’s time to chat this week has been absolutely and understandably nil so he and Chad fired a big folder of photos at us that show the car coming together in the final stages before being shipped out to Las Vegas for its official unveiling on the SEMA show floor next week.

The paint work came out awesome. We weren’t sure how the accent stripe was going to look because it seems like the color on the original rendering was a lighter yellowy shade but with the darker tone used, that stripe really looks great. The little Valiant is now powered by an Indy headed and aluminum block based 528ci Chrysler wedge engine with Hilborn stack EFI. The engine is backed with a Tremec six speed manual transmission that has a McLeod clutch, and all of that pounds a Moser rear axle which, as we showed you a week or two ago, has Alcon brakes on the ends (the car also uses Alcon stoppers up front as well). RideTech suspension components, including some bad ass remote cannister shocks provide the brains of the car’s suspension and a completely custom made set of control arms, chassis pickup points, and fabricated components make up the hardware that will keep the car pinned to the ground. The fuel system is powered by an Aeromotive pump sitting in a custom tank, and the whole thing is vented by a II Much Fabrication tank vent. The engine makes far more than 600hp so this thing is going to be a monster. When wheels are classic American Racing pieces wrapped in Nitto tires. Painless Performance electrical components are used throughout to make sure that the various accessories, parts, and pieces, or the car get the juice they need. Oh, and the power station creating all of that electricity? Yeah, that’s a Powermaster alternator.

We’re not done covering Project Violent Valiant. In fact, we’re going to be doubling back to give you the specs on the engine and all of the parts of the project that literally came together at the last minute which we didn’t have time to do in-depth stories on yet. That being said, we wanted to give you the inside line on what it looks like at shop when the deadline is looming and everyone is pulling together to get the job done.

In no particular order, here’s the last major steps of the creation of Project Violent Valiant. The next photos you see from us will be of the complete car on the SEMA show floor! 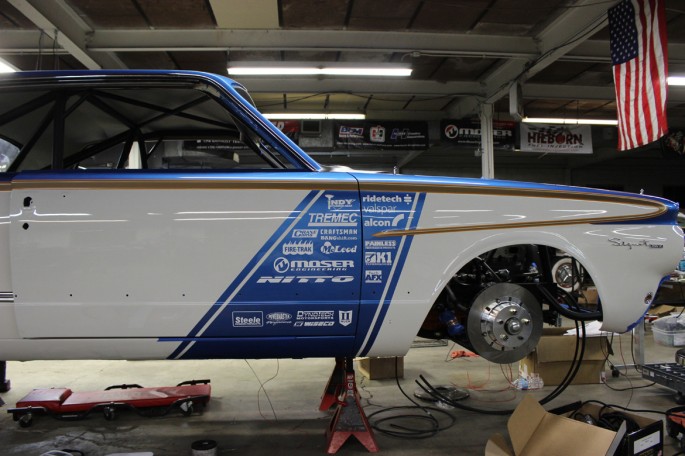 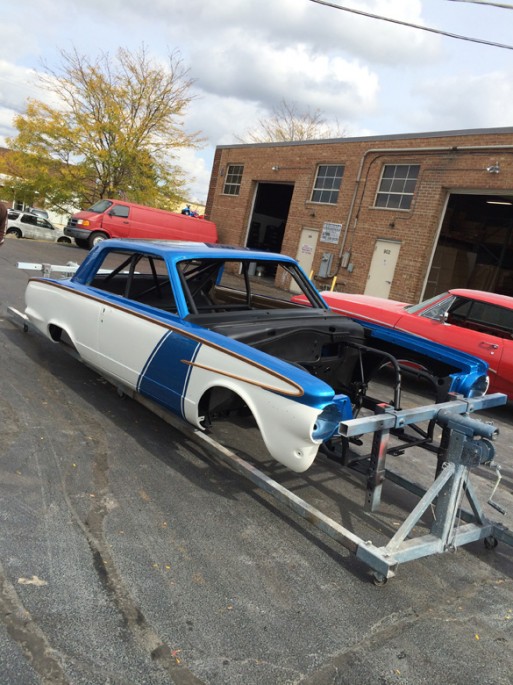 The RideTech Brigade: A Look At Some Of The Optima Ultimate Street Car Invitational Competitors Underpinned By RideTech Components Another One Down: The New York Times Kills Off Their Auto Section