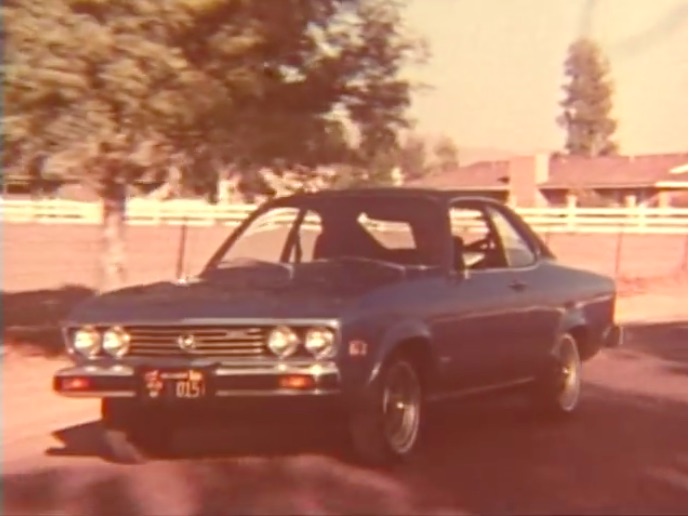 Opens are cool cars. Of course everyone thinks of the GT model when they conjure the idea of a 1970s German car being sold in a Buick dealer but there were other Opels as well. Cars like he Manta Luxus that’s profiled here among other member of the 1974 model year line-up. This film is a dealer promo style of video that was designed to get the sales guys all chubbed up regarding the various features and improvements that the newly released or soon to be released cars had. We’re not saying that these things were short on luxury but the major sales points of the car were the fact that it had carpet in the trunk, a soft feeling steering wheel, and the armrests attached to the doors. Seriously, you’ll see this when you watch it.

All joking aside though, the Manta was a cool looking car and we have seen a few of them done as hot rods on the street. They look great, especially when packing small block V8 power and a sizable increase in the wheel and tire size.  The Opel Buick program lasted a few years, giving us the indication that it as not a total flop. The company eventually stopped importing the cars into the market and we’re betting that had something more to do with federal regulations and red tape than it did with outright sales failure.

We’re rock a Manta, would you?

On This Day: The 1895 Chicago Times-Herald Motocycle Race: America's First Automobile Competition This Video Of A Brake Rotor Exploding Is Awesome To Watch - Heat Is A Killer!