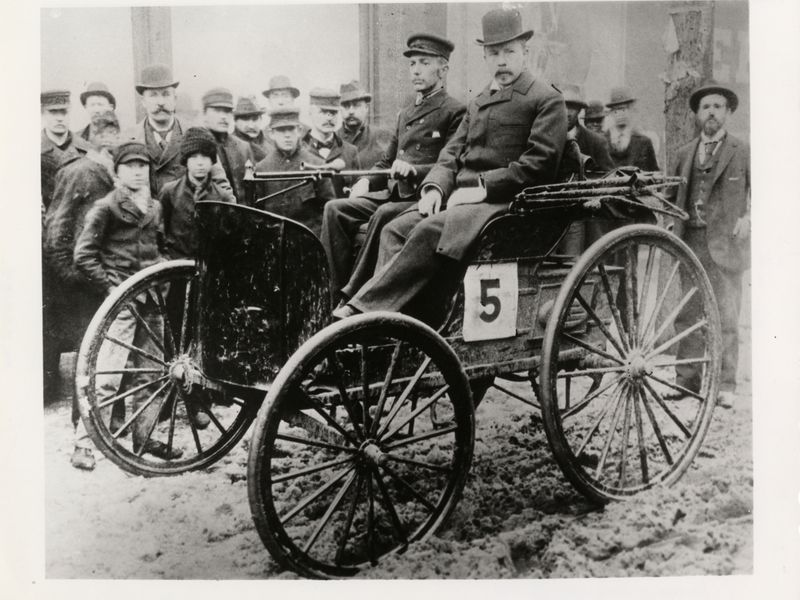 At 8:55 in the morning on a cold, snowy Thursday morning in Chicago, six cars lined up at Jackson Park to set off on a race. Three were gasoline powered Germans, one was a gas-powered American, and two were electric. With the wind blowing and the temperatures below freezing, the six competitors took off, and from the second the first wheel rolled, history was made….the year was 1895 and this was the first automobile race in the United States.

Herman Henry Kohlsaat wanted to host an automobile race in the United States ever since he heard of one in France. Even in the pioneering days of the horseless carriage, when they were still novelty items that scared horses and were mostly the equivalent of a modern-day go-kart, Kohlsaat saw that people were interested in automobiles and decided that he would stir up the fervor with a 54-mile trim from Chicago to Evanston, Illinois, and back. The winner would take home $2,000 (today’s value: $60,210.71) and there were prizes for second, third, and so on. The two electric cars were a Sturges Electric and a Morris and Salom’s Electrobat. The four gasoline entries were composed of three Benz-built machines and a car built by Charles and Frank Duryea.

The contest wasn’t supposed to be on a cold day in November, either. Originally, Kohlsaat wanted to run the race on the Fourth of July, but the competitors asked for more time. That happened again when the second date, Labor Day, was close. Instead, Thanksgiving Day would have to suffice, and the timing couldn’t have been worse: the night before, a snowstorm had rolled through, and windy conditions quickly made snowdrifts. With each car not expected to do much more than five miles an hour, this was going to be an all-day affair. Naturally, there were issues with these early cars as they struggled through the snow, mud and cold. The Duryea snapped a steering arm and had to make a stop at a blacksmith’s shop to get a repair, costing him an hour. The Benz that was representing Macy’s Department Store had two crashes, one into an overturned sleigh and another into a hackney cab. Repairing the Benz took almost an hour and a half, and by the time the repairs were finished, the light was fading and the winds were whipping back up, so the drivers bowed out. 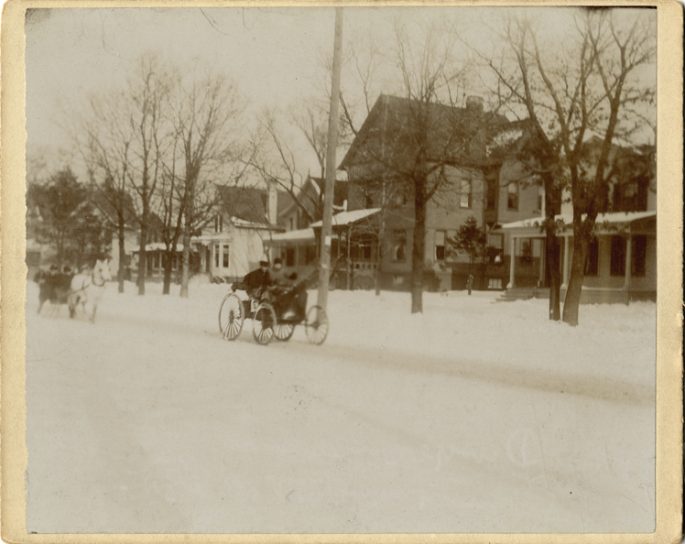 By the time the Macy Benz had packed up, only two vehicles were left in the race at all: the Dureya and the Benz driven by Oscar Mueller. Mueller had two passengers with him in the car, a referee and an extra passenger. The passenger wound up leaving the car due to the cold, and by the time Mueller’s car rolled across the finish line, nearly two hours after Frank Duryea finished the race. The referee was operating the tiller, Mueller now unconscious from the cold weather.

Other than the competition aspect itself, what was the point of the event? To drum up more demand for the automobile, and in that case, the event was undoubtedly a success. The Benz machines had taken on the event well, the Dureya brothers’ creation had won it, and even the Electrobat, which only moved 15 miles before being taken back to it’s testing headquarters, wound up with a gold medal worth $250 at the time. The Dureya, according to the Smithsonian, was “…unfortunately destroyed through a workman’s misunderstanding many years ago.” Benz is the only name in any kind of function now, with the Duryea Motor Wagon Company enjoying success that was buoyed by the success of the 1895 race through the late 1920s (though, in 1898, each brother had gone their separate ways, with Frank Dureya creating cars with J. Stevens Arms and Tool Company and Charles running the original Duryea through 1917.

All because of a snowy Thursday in November.

Sneaky Turkey: This V8-swapped Mazda E-series Is The Package Hauler You Deserve! Old Turkey: Hilarious GM Promotional Video From 1966 - How Chevy Bagged On The Red Hot Mustang With Corvairs, Novas, and Chevelles