Respect Your Elders: Watch This 1927 Bugatti Type 35B Absolutely Scream At Goodwood 2017! 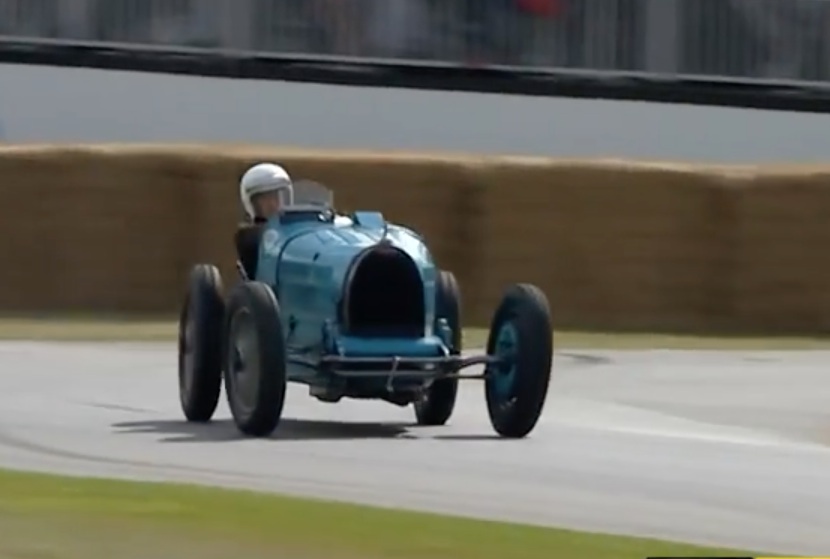 If, by some amount of sheer luck, I make it to my 90th birthday, I will not be the solid, stable human that I am today, much less the unhinged, over-caffinated, unleashed wild child that I was when I was seventeen. I will be crotchety, I will be slow to move if I’m not relegated to a wheelchair, and I will most certainly not be ready to run balls-out at top speed anywhere, for anyone, period. Not even gunfire will get me moving…at that age, it’ll just be another thing to try out. Ninety years old, for humans, isn’t just the twilight years, it’s that moment when the last elements of green light are on the horizon before the sky goes completely dark.

Which makes watching this 1927 Bugatti Type 35B running up Lord March’s driveway at the 2017 Goodwood Festival of Speed all that more awesome. Even for a machine, ninety years is a stretch. Things break, technology moves on and let’s face it, it takes brass ones to sit in an open cockpit car with outside shift levers and spindly little tires and proceed to open up the supercharged 2.3L straight-eight as if you’re a test driver the day this car rolled off of the assembly line. The driver you see here, Julian Mazjub, drives the Bugatti like he stole it. Interesting notes: the Bug runs about 138 horsepower, and weighs in at about 1,650 pounds. And those quick shifts aren’t just for show, either…the slower the shifting speed, the more likely it is you’ll botch the shift.

Awesome Historical Video: The Industrial Use Of Caterpillar Tractors - Mechanical Awesome From 1926 Listen To This 202ci Holden Red Inline Six Scream Out More Than Twice It's Stock Horsepower Naturally Aspirated

One thought on “Respect Your Elders: Watch This 1927 Bugatti Type 35B Absolutely Scream At Goodwood 2017!”