V-12 Fun: Ride Along In An Awesome Jaguar XJR-5 Road Racer At Daytona, This Thing Hauls! 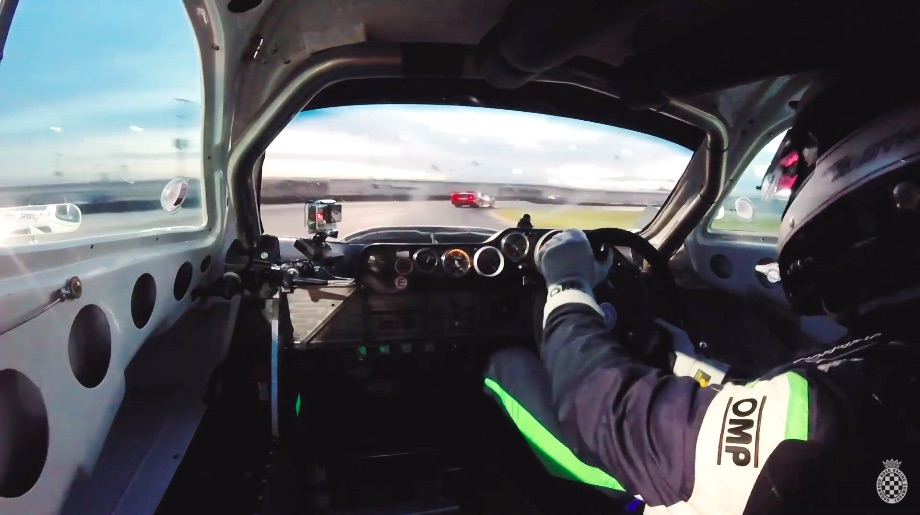 Now this rules. Back when I was a kid on the living room carpet, IMSA road racing was shown with some regularity on television and I remember watching the wild GTP category with great interest. These prototypes were the craziest looking things on the planet at that time and they were as fast as the wind. I always liked the Jaguar XJRs that were run by Bob Tullius and his Group 44 racing team. They were the spearhead on the project to get the cars built and they were basically the “factory” team.

The cars did very will in American IMSA racing but they never really did contend for a title at Le Mans. Powered by the sweet sounding an powerful Jaguar V-12 engine they had a different bark than the rest of the cars on the course that used a multitude of different power plants from whatever manufacturer they were sponsored by.

As fast as these cars were I am kind of surprised to see so little for driver protection in the cockpit. There’s a front hoop and a single bar traveling over the driver’s head which I am assuming goes into a rear hoop. In today’s world of tubing everywhere it’s really wide open in there. Listening to the V-12 pull this car out of a corner is great but hearing it really sing on the banking is better.

One thought on “V-12 Fun: Ride Along In An Awesome Jaguar XJR-5 Road Racer At Daytona, This Thing Hauls!”