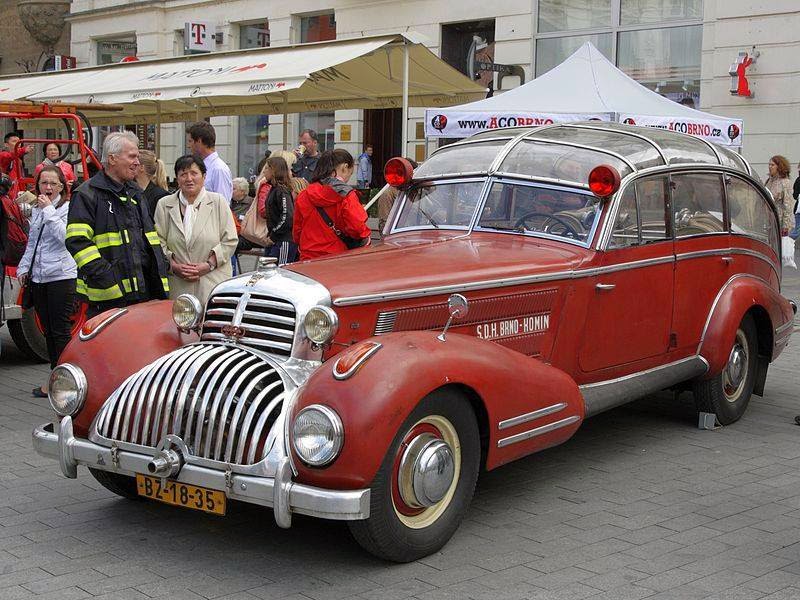 “Form follows function” simply means that the aesthetic shape of something (normally a building) should be dictated by the function or purpose of the design. Ergo, that’s why a fire truck is so large and blocky. You need spaces for tools, hoses, ladders, the pump system, et cetera. That’s why you see American LaFrance fire trucks instead of a Mazda Miata with a garden hose on a spool hauling tail to a fire. But the pictured car has more in common with the Miata than the fire truck.

Horch is an early predecessor to Audi, and between 1904 and 1932, when it was incorporated into Auto Union, they made six- and eight-cylinder cars. The 853 was one of the later cars to come out, and one look at a restored version shows classic design themes: 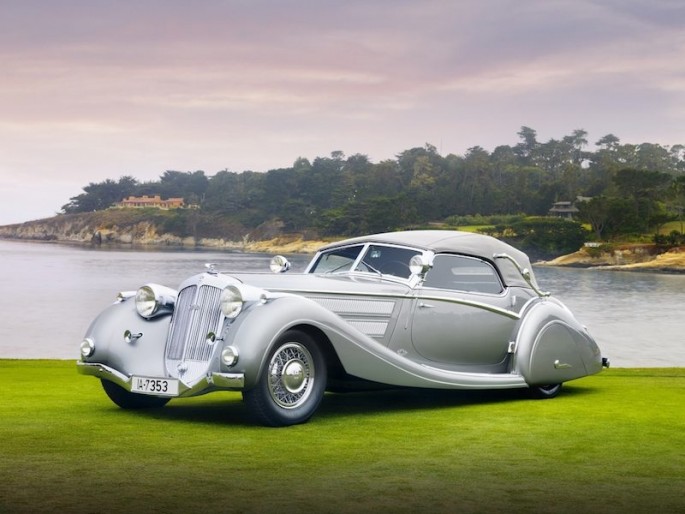 The 853 was truly a pretty car. But the 853 firetruck conversion…well, we will call it “distinctive”. While the 4.9L straight-8 would be ideal for a work vehicle, the coachwork modifications make us think of a cicada shell with wheels, and the glasswork had to turn the interior into an oven. Reportedly, this is a 1941 model that was purchased in 1945 and converted into a fire truck in Czechoslovakia. So there you have it…you can respond to a fire in a sports car. You just have to make a few changes…

(Thanks to Joe Haber for the tip. Converted Horch 853 photos courtesy of justacarguy.blogspot.com) 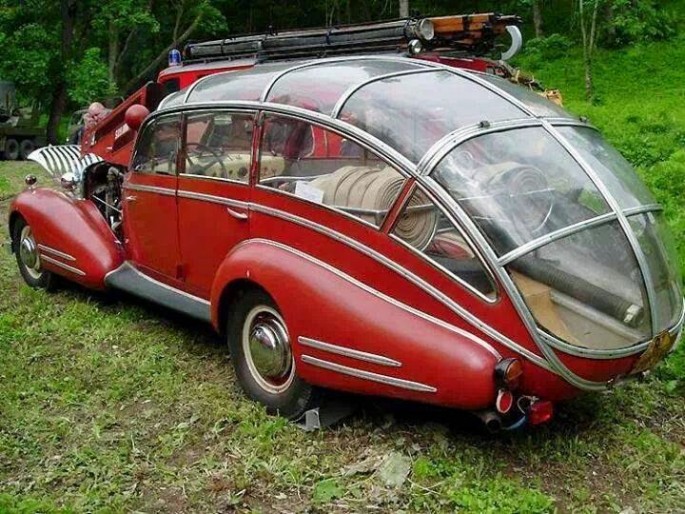 Lambo Doors On A C8? Not Just No....HELL NO - Just Because You Can Does Not Mean That You Should V-12 Fun: Ride Along In An Awesome Jaguar XJR-5 Road Racer At Daytona, This Thing Hauls!