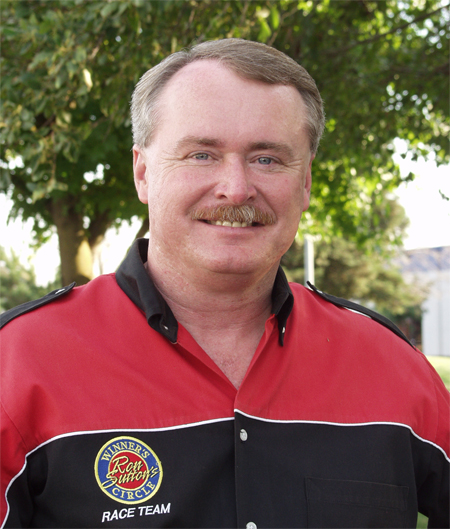 SEMA has always been a place to see and be seen. Between the new parts, the flashy display cars, and the big stars walking around, it is all about making an impact. Leave it to RideTech to find a way to not only make an impact at the show but also make a huge impact with their fans and other racers who will be at the show. RideTech has announced that Ron Sutton, the famed race car designer, builder, and engineer will be appearing at their both on Thursday November 6th from 10am to 2pm for the sole purpose of answering questions and giving small audience tech talks.

As we understand, Sutton does not have anything pre-planned for speaking topics but rather will shoot from the hip using his decades of knowledge by letting visitors to the booth steer the direction of the conversation with their questions. We know that everyone has questions about suspension technology and how to make their stuff handle better, so this is huge. Sutton is recognized not only in the pro touring worlds but in the world of drag, circle track, and road racing as an authority on how to make a car work and how to make a car work better. He’s also not someone who just throws his name behind anyone. Knowing that his reputation is at stake he, goes over the components he uses for customers or recommends for customers with a fine tooth comb. As you’ll read below, he put RideTech shocks to the test before adding them to his arsenal of components. Pretty cool.

This is an amazing opportunity if you are into things that turn and you’ll be at SEMA because the chance to get some one on one or small group face time with the likes of a super busy guy like Ron Sutton is very, very rare. Read the full release below to see exactly what Ron has in store and stay tuned to BangShift for all the SEMA news you want to hear. The RideTech guys have some other big plans for the show and a product line explosion that we’ll be giving you all the dirt on from top to bottom. Let’s just say that if you own a Corvette and think that it handles well now, wait until you see what Bret and his posse have in store for you. Also, stay tuned this week as we introduce you to all of the RideTech equipped competitors that are heading for the Optima Ultimate Street Car Invitational to be held directly after SEMA at the Las Vegas Motor Speedway.

Like we said, stay tuned because this is going to rule!

JASPER, IN – Veteran race car designer Ron Sutton is scheduled to conduct Track Tech Q&A in the Ridetech SEMA Booth on Thursday, November 6th from 10 am to 2 pm.

For 35 years Ron Sutton has worn many hats in motorsports from winning race driver, crew chief, R&D leader, race car designer, chassis builder, tuner-for-hire, driver coach, nine-car race team owner & workshop speaker. Ron Sutton and his Winner’s Circle race team are famous for winning almost 500 races in virtually every form & series of racing from road course, oval & drag racing.
In racing circles Ron Sutton was known as the go to guy to make race cars faster and teams a winner. These days Ron’s focus is helping individuals with ProTouring, G-Machines, Autocross & Track Cars. Ron said, “I love teaching & helping people make their cars perform better. Whether it’s through my upcoming books, workshops or helping a car guy one on one with his suspension, brakes, powertrain or aerodynamics, I love it. This is my passion.”

Ron explained how this started, “I had a client with Ridetech shocks, so we dissected, experimented & tested them … and came away very impressed. It is an excellent, well designed & well built shock. The ride quality & street performance is the best I’ve seen. So I became a Ridetech Dealer. Since then, I’ve fell in love with the whole product line.” Ridetech continues to be a leader in suspension products for high performance street machines of all genres. Since SEMA last year Ridetech has introduced new suspension systems for the 2005+ Mustang & 5th generation Camaro, as well as C2, C3, C5 & C6 Corvettes.

Ron added, “this is not a structured class or workshop. I’m a guest in the Ridetech booth to do Q&A one on one or in small groups and share advanced technical help in simple terms, which is what I’m known for.”

If you want to talk directly with a hardcore car guy that designs, builds & tunes an amazing amount of winning cars … you are invited to stop by the Ridetech booth at SEMA on Thursday, November 6th, anytime between 10 am and 2 pm … and ask Ron Sutton your track performance suspension related questions.