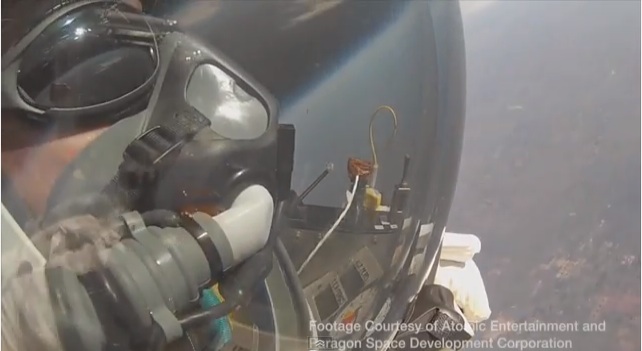 Two years ago, the world watched on television and on the Internet as Felix Baumgartner rode in a specially-designed capsule up to 127,852 feet above ground level, opened the door, climbed out onto a stair and fell into history. During that fall, Baumgartner broke three records: 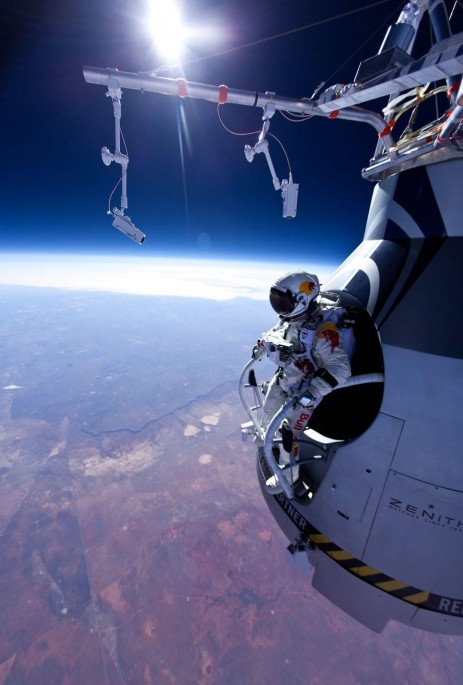 And the world was stunned. The exit altitude record and vertical free fall record had been standing since 1960, when Joseph Kittinger leapt out of a balloon at 102,800 ft. above ground level as part of the Air Force’s Project Excelsior. And a common thought that was around for years afterwards was something akin to, “How long will it be before these records are broken?”

The answer is two years. Alan Eustace, a senior vice president at Google, had been working secretly in partnership with Paragon Space Development Corporation to develop the technology needed to make the ascent and descent possible. Instead of using a capsule like Baumgartner had, Eustace was instead tethered underneath a helium balloon, which was released at dawn on October 24th. For just over two hours he ascended at speeds of 1,600 feet per second until he was twenty-five miles above the surface of the Earth, at which point he activated a small explosive that freed himself from the balloon. After a couple of flips Eustace released a drogue parachute to stabilize his fall. During the fifteen minutes in the air he achieved speeds of 822 mph and created a small sonic boom, making him the second man, behind Baumgartner, to break the sound barrier without vehicle aid. He landed safely in a field over 70 miles away from the launch point.The official number submitted to the World Air Sports Federation is 135,890 feet for exit altitude.

Notable about Eustace’s jump over Baumgartner’s is the lack of sponsorship money involved. With Baumgartner’s jump, everyone knew that Red Bull was dumping millions of dollars into the event. Google had been willing to help sponsor the event, but Eustace did not want the three years of research and development that Paragon had invested into all of the equipment turned into a marketing event. Instead, the research that was done for the jump will go towards further development of space exploration and technologies.