RideTech’s USCA Daytona Weekend Was Awesome – See How The Cars Performed, How They Thrashed To Fix Carnage, and More! 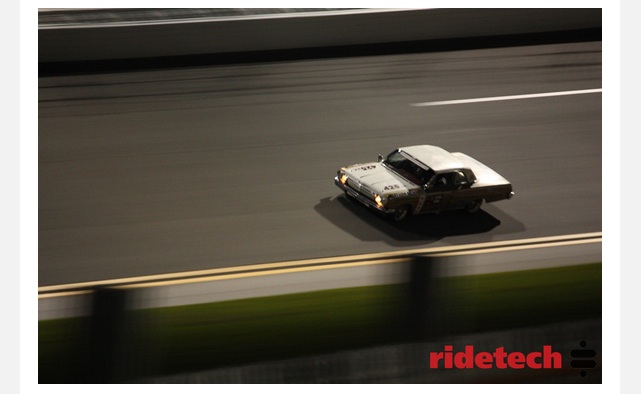 Last weekend, the USCA visited the high banks of Daytona International Speedway and RideTech was there in force with a fleet of haul ass cars. The “house” cars were as varied as the RideTech product line and included the 48 Hour Camaro, 1966 Chevelle, 1969 Mustang, and the totally bitchin’ 1962 Impala. RideTech customers like Chris Smith in his C10, Dan Howe in his Monte Carlo, James Shipka’s nasty 1967 Camaro, and the awesome Lingenfelter L28 Camaro. Thankfully the RideTech crew put together an awesome piece looking back at their weekend and how all of the cars performed. Read the story below….oh, and if the photo of the 1962 Impala at speed on the banking does not make you stop and take notice, you’re in the wrong place.

READ ON FOR THE FULL RIDETECH REPORT!

2 thoughts on “RideTech’s USCA Daytona Weekend Was Awesome – See How The Cars Performed, How They Thrashed To Fix Carnage, and More!”