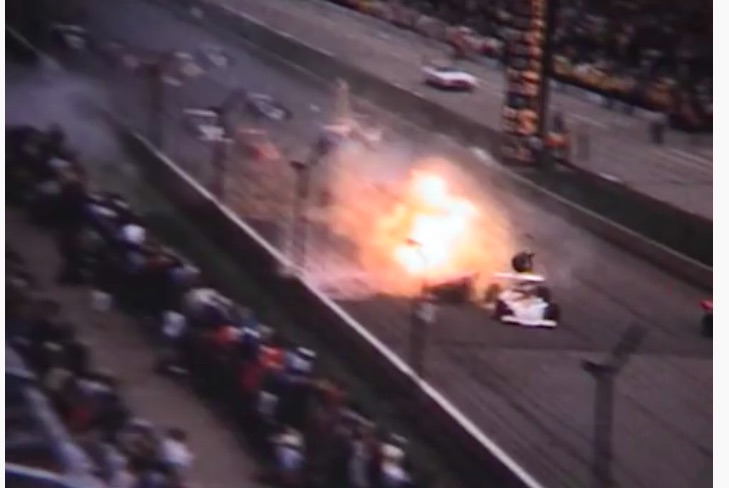 This weekend, yes this August weekend in 2020 the Indy 500 will be run. It will be run without spectators but the race will be run and we’re sure there will be a monster television audience tuned in to see who can win one of the strangest iterations of the event ever held. There are some that will say this is the “worst” Indy 500 ever because of the aforementioned facts but we’re going to stick with the commonly held belief that the 1973 race still owns that title. Three people died at the track during the month of the race, two died during the race itself, and the event, which started on Monday was not finished until Wednesday and even then, the 500 wasn’t fully run. The pandemic stuff doesn’t hold a candle to that level of bad, speaking specifically for the race, obviously.

What you are going to see is a flaming interlude in the action and one of the most stunning crashes in the history of the race. To set the scene, Art Pollard had died earlier in the month of May during practice at the Speedway, racers were knocking on the door of the 200mph barrier in qualifying, and on the morning of Monday May 28th, the skies were gray. You’ll see trucks and equipment drying the track to get the race started and then you will see, through some of the most awesomely shot 8mm footage we have ever seen, the Salt Walther wreck on lap one.

The man with the camera tracks the car perfectly, he’s in the perfect position, and the result is a very stunning video clip.

You’ll see Walther on the straight get sideways and up into the fence. The fence busts the fuel tank open and shortly the spinning car is in a fireball of its own fuel. The car is stuck again, lands upside down, and Walther’s legs are sticking out the front where the nose used to be.

Walther would live through this calamity, he had burns over large parts of his body and his recovery was long and painful but he would ultimately race again in a triumph of his bravery and will. Hell, he was back in the car in 1974 finishing the race and in 1976 he recorded a top 10 finish.

The rest of the race only got worse. After the Walther wreck rain came and washed out the day the race was unable to be run on Tuesday, and then finally on Wednesday things got started again. On lap 59 of the race Swede Savage was killed and on the same lap a crew member on the Armando was killed in an incident as well. After dealing with those issues the race was restarted and ultimately rained out on lap 133.5 with Gordon Johncock being declared the winner, his first Indy 500 victory.

So yeah, the pandemic delaying stuff isn’t near the disaster than 1973 was. Right?

Follow The Starting Procedure Of A Vintage DC-3 With The Most Experienced DC-3 Pilot On Earth - This Plane Is Flying Today! Wait, What? The Start Of The Jeep Grand Wagoneer Reveal Process Is Decidedly Weird