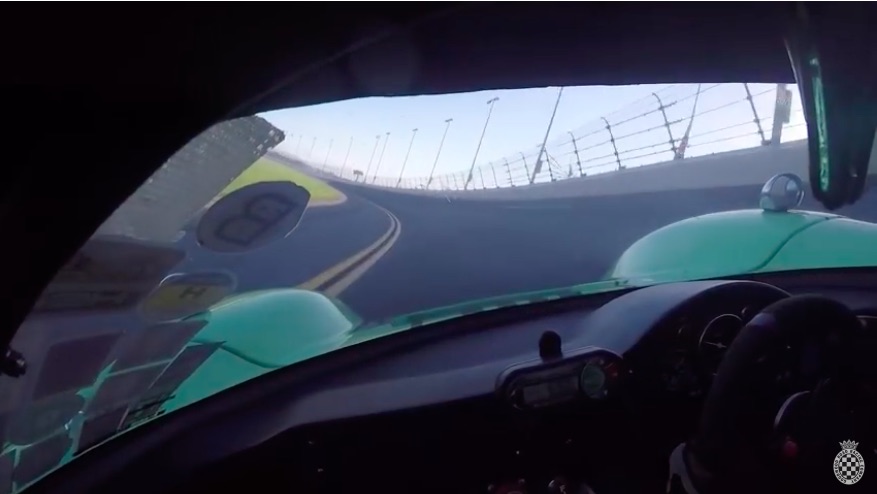 The Lola T70 stands and will forever will stand as one of the most beautiful road racing cars ever made. The machines were produced in the 1960s first as an open top unit and then in a couple of coupe versions that had closed roofs. You are going to see a Lola T70 MKIIIB (the final style built) get after it on the high banks and tight turns of the road course at Daytona International Speedway. The T70s styling and performance have never been in doubt but they also came along at about the same time that Ford and Ferrari were waging nuclear war on each other so their race records of the period do not necessarily reflect a pile of wins because they were typically chasing the better funded efforts.

Eric Broadley and his crew made good money on these cars and produced more than 100 examples over the years they produced them. That seems like a small number but these were really bespoke race cars designed for the people who were buying them. 100 is a strong number.

If we had to pick a really strong moment in time for the T70 it would have been 1966-1967 as that was when these cars really dominated the Can-Am ranks and got an international reputation for being bad ass and desirable.

The MkIIIB that you will ride in here represents the best of the breed, the most refined example, and the fastest of the T70s ever built. We’s love 5 minutes in any of them!

Remember Saturn? The Internet Does With This 1993 Saturn SW2 Review Hilarious GM Promotional Video From 1966 - How Chevy Bagged On The Red Hot Mustang With Corvairs, Novas, and Chevelles