SEMA 2016: This RX7 Is A Build In Progress And The Car Is Completely Bonkers 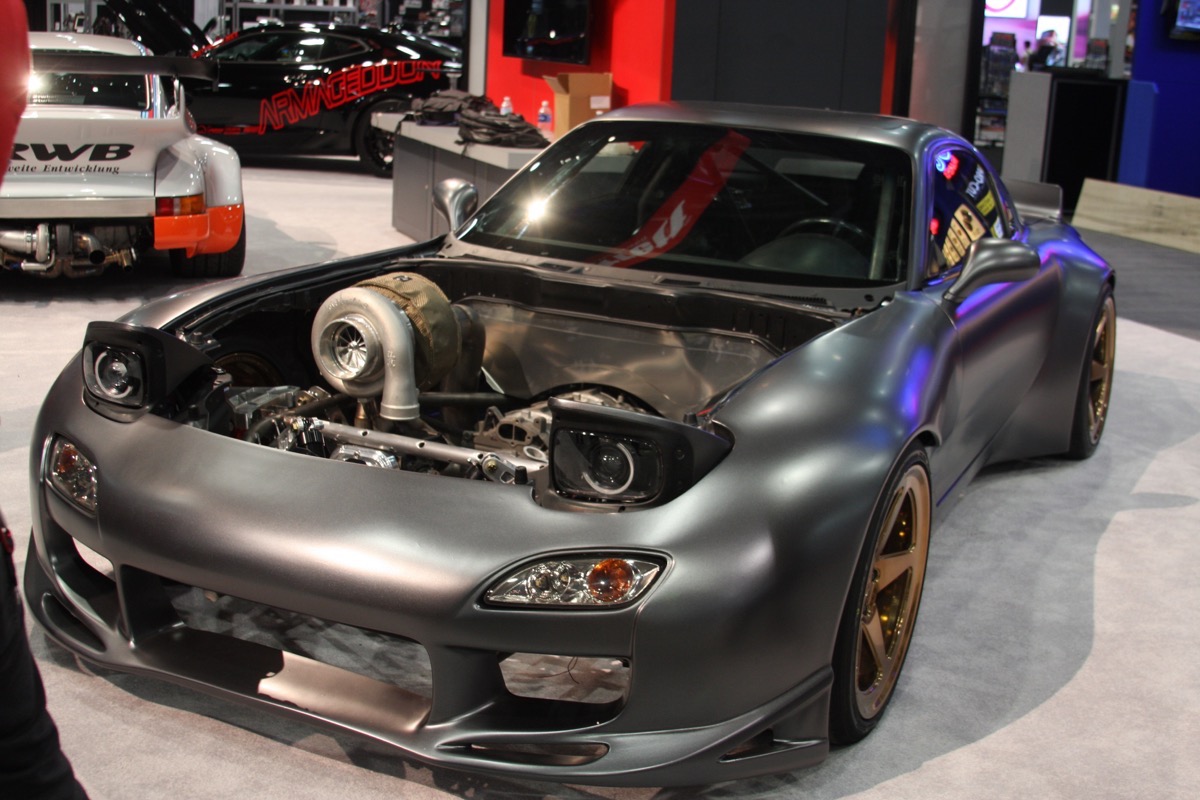 An RX7? Really? Yeah we know you may be skeptical of this one but when you see what’s about to happen to this car and the stuff that has already happened to this car you’ll understand why we think it is so BangShifty. For starters, it is a wholly tube chassis machine. It is also going to be an all wheel drive car as you can see the center section for the IFS sitting under the hood. We’re thinking that the turbo will need to be clocked slightly to get it away from said housing but that’s no thing for the mad man building this rig, Rob Dahm. Below the photos we actually have an unveil video that you should check out.

The front shocks are mounted inboard and use a rocker arm setup to do their job. Those rocker arms are billet of course and that’s the safe move. The last thing you’d want is to be wailing down the road and have a failure in the suspension. Things wold get very hairy, very quickly. The engine is a mean piece as well. A four rotor style rotary engine (it is tricky because as far back as the motor is, one of the rotor housings is actually tucked behind the firewall. Many people likely think that this car has a three rotor in it. That rotary gets punched in the face with a big honkin’ Garrett turbocharger and the expected power output is right around 1,500. Dahm is claiming this to be the first all wheel drive RX7 ever and we have no reason to argue. The thing is going to be mental when it is running and driving.

Along with the very obviously mechanical stuff there’s some tricky stuff going on here as well. For instance, the car has been stretched out some, the body has been reworked to cover the big rollers on the corners, and there’s just about eleventeen million other details that are attached to this one because literally every inch of the car has been touched, massaged, or modified in some way.

To us, this is a car that captures the imagination, one that you look at and wonder just what would it be like to drive it and feel the way that little four rotor motor comes to life when the boost shows up. What do you think? 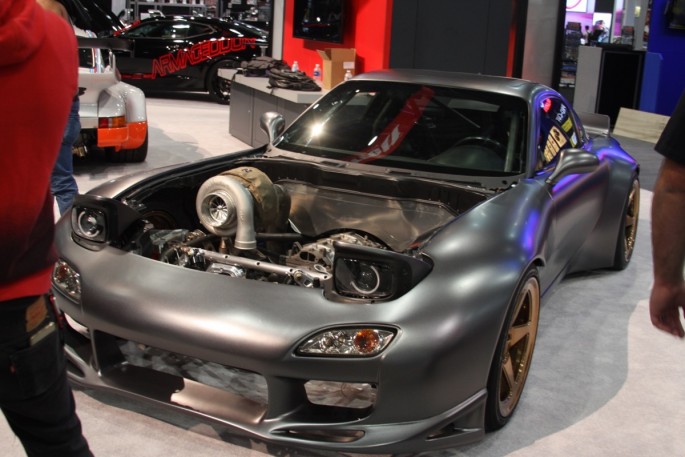 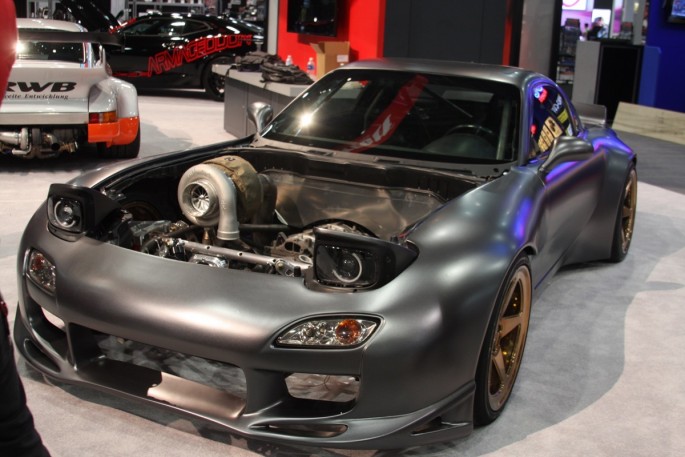 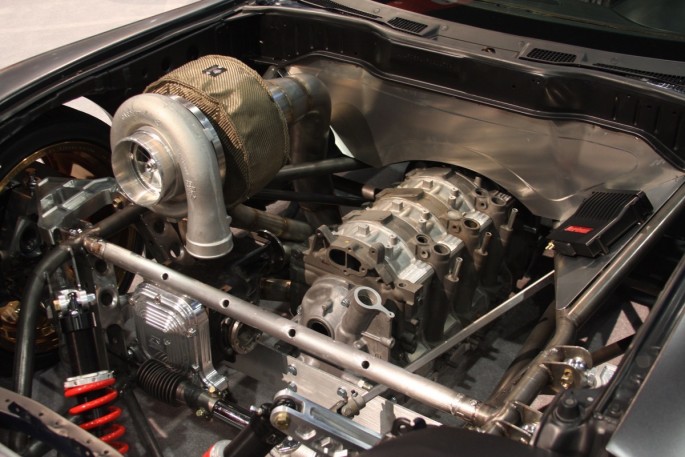 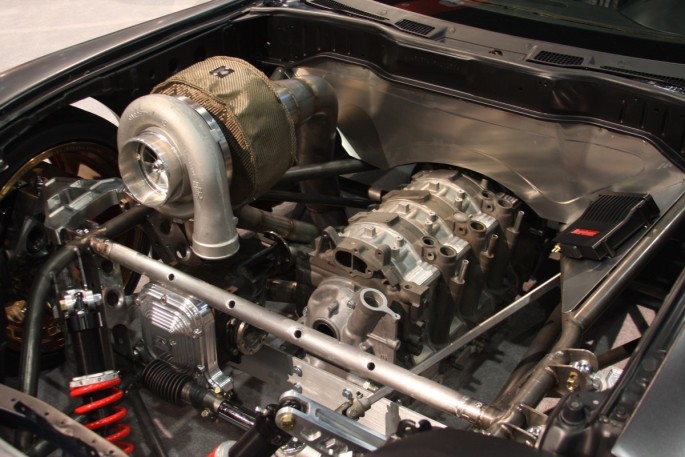 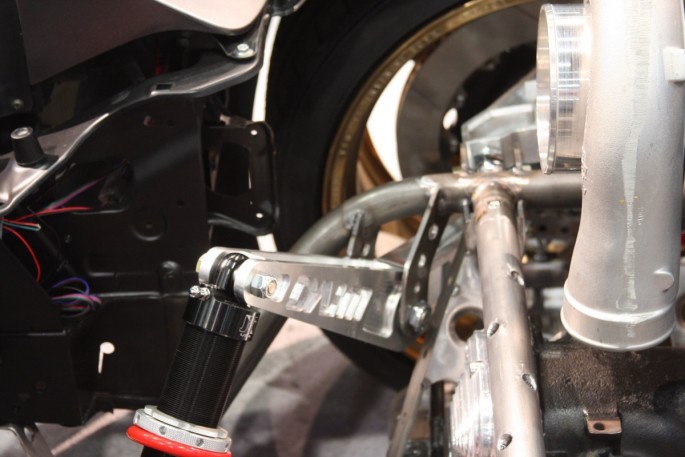 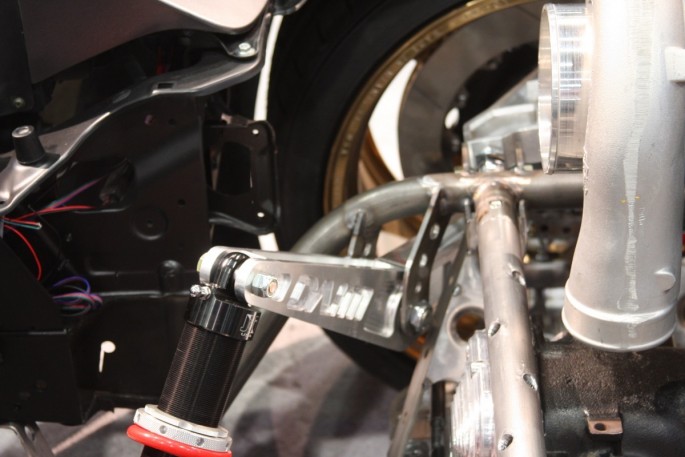 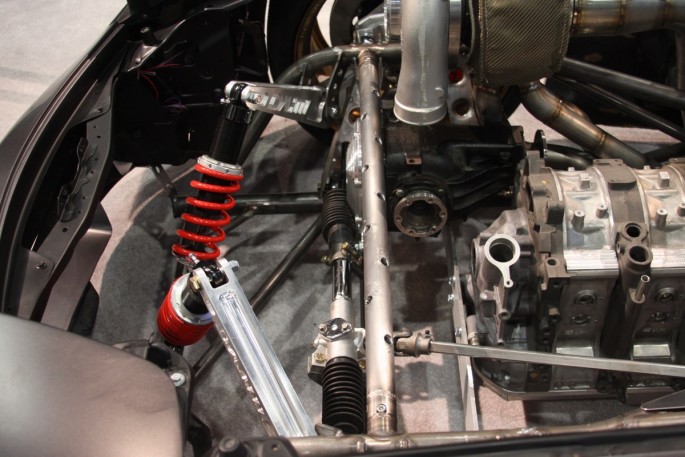 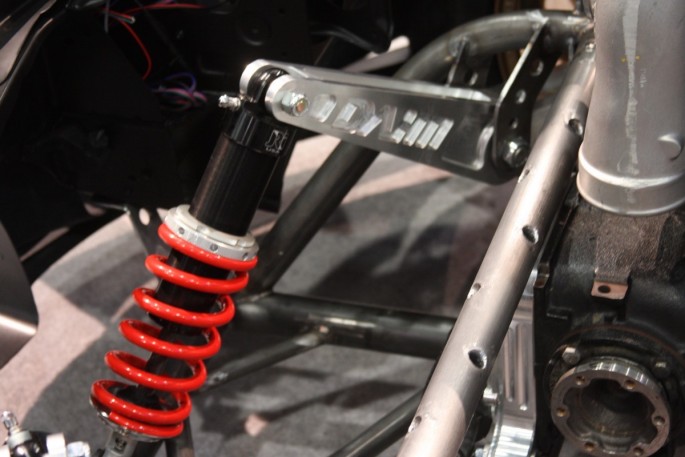 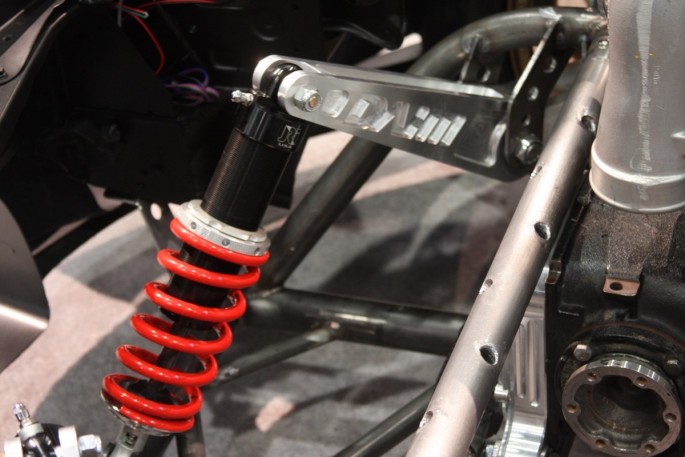 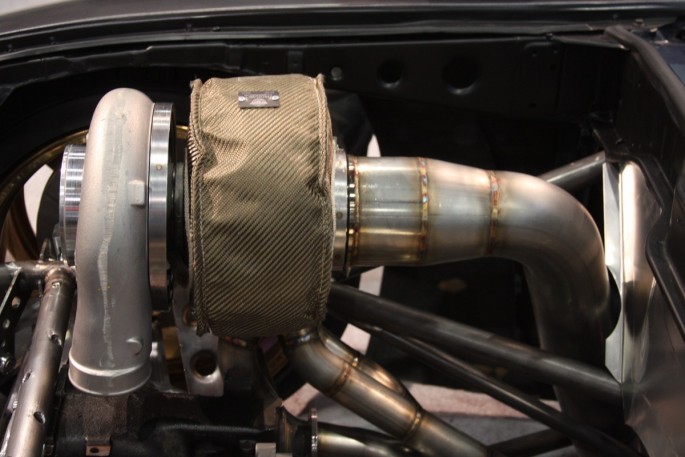 One thought on “SEMA 2016: This RX7 Is A Build In Progress And The Car Is Completely Bonkers”