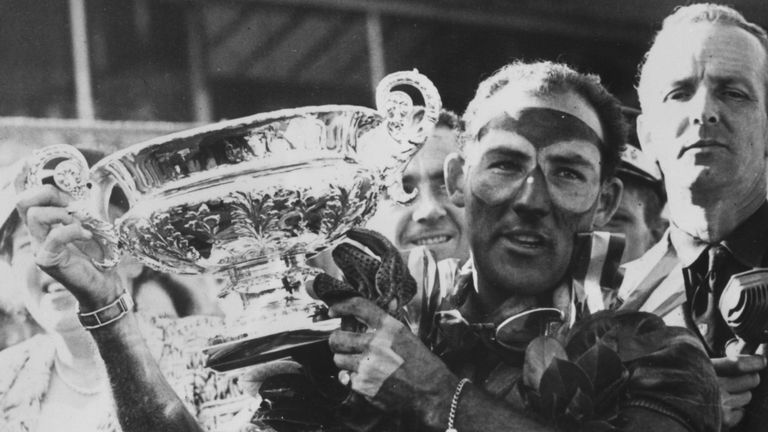 We should all be so lucky as to live 90 years as the legendary Sir Stirling Moss did. One of the greatest race drivers who ever lived, he won more than 200 races in a career that was brought to an immediate halt in 1962 after suffering a horrendous wreck and working through a long recovery. The man drove sports cars and Formula One cars with such skill and acumen that he was regarded as the gold standard of the world in racing after Juan Miguel Fangio retired in 1958. He recorded victories all over the world and in cars for various teams and manufacturers.

Moss never won the Formula One championship and in at least once case it was because of his honesty and loyalty to his friends and fellow competitors. In 1958 Englishmen Mike Hawthorn was locked in a very tight battle with Moss for the title and during a race, controversy arose. Hawthorn was accused of backing up on the course at the Portugal Grand Prix. Moss saw the scene, knew that Hawthorn did not deserve a disqualification and rather than take advantage of this situation he stood up for his friend and competitor, mitigating the situation and effectively taking away his own shot at a championship by keeping Hawthorn from being punished.

Perhaps his most famous racing accomplishment was as a sports car racer at the 1955 Mille Miglia. He and navigator Denis Jenkinson completed the 1,000 mile course in 10:07:48 for an average speed of 99-mph through the public roads of Italy with all of their bends, narrowness, and dangers combined. It still stands as one of the most daring racing accomplishments in the history of the automobile and always will. They were driving a factory backed Mercedes-Benz 300 SLR at the race and Jenkinson had compiled months and months of race course notes that he placed on a roller, effectively inventing the practice that rally co-drivers have used since that event. The two reset every record in the books and beat Fangio by 32-minutes. He was the second place racer.

Moss was knighted in 2000 after being inducted into the International Motorsports Hall of Fame, receiving the highest honor that can be bestowed on a British citizen and one that is only bestowed on those people who have done extraordinary things for the British country and people.

Moss had a significant broadcasting career after his racing retirement in 1962. He was part of the ABC Network team and worked races like the Indy 500 and NASCAR events as well. He stepped away from ABC in 1980 and continued on various projects in his home country of England.

Moss did race sporadically after 1962, just no longer as a full-time occupation. He ran rallies, ran the Bathurst 1000, events in New Zealand, and in the early 1980s was a driver in the British Touring Car series as well. Since that point he had been a staple at vintage events, driving an array of historic and amazing cars, many of which he competed in or against during his career.

We were saddened to hear of Moss’s passing. It comes after a few long term bouts with illness in his last years. We’ll not focus on those though. We’ll focus on the classy, brave, and ultimately talented race driver that was the standard of the world as a competitor during his prime. We’ll also remember the figure who was respected, beloved, and celebrated by his friends and competitors through his life. 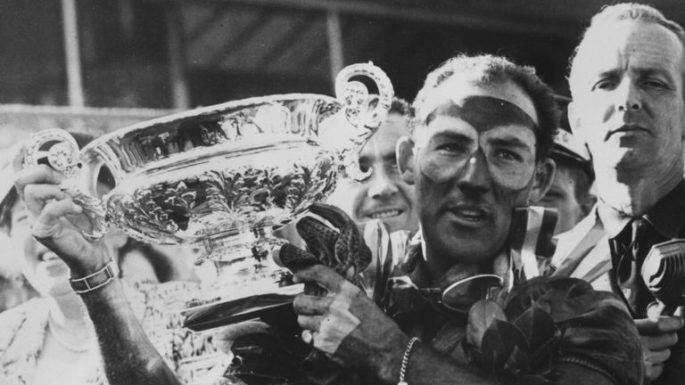