Spinning In The Rain: When NASCAR Put The Drivers In The Wet 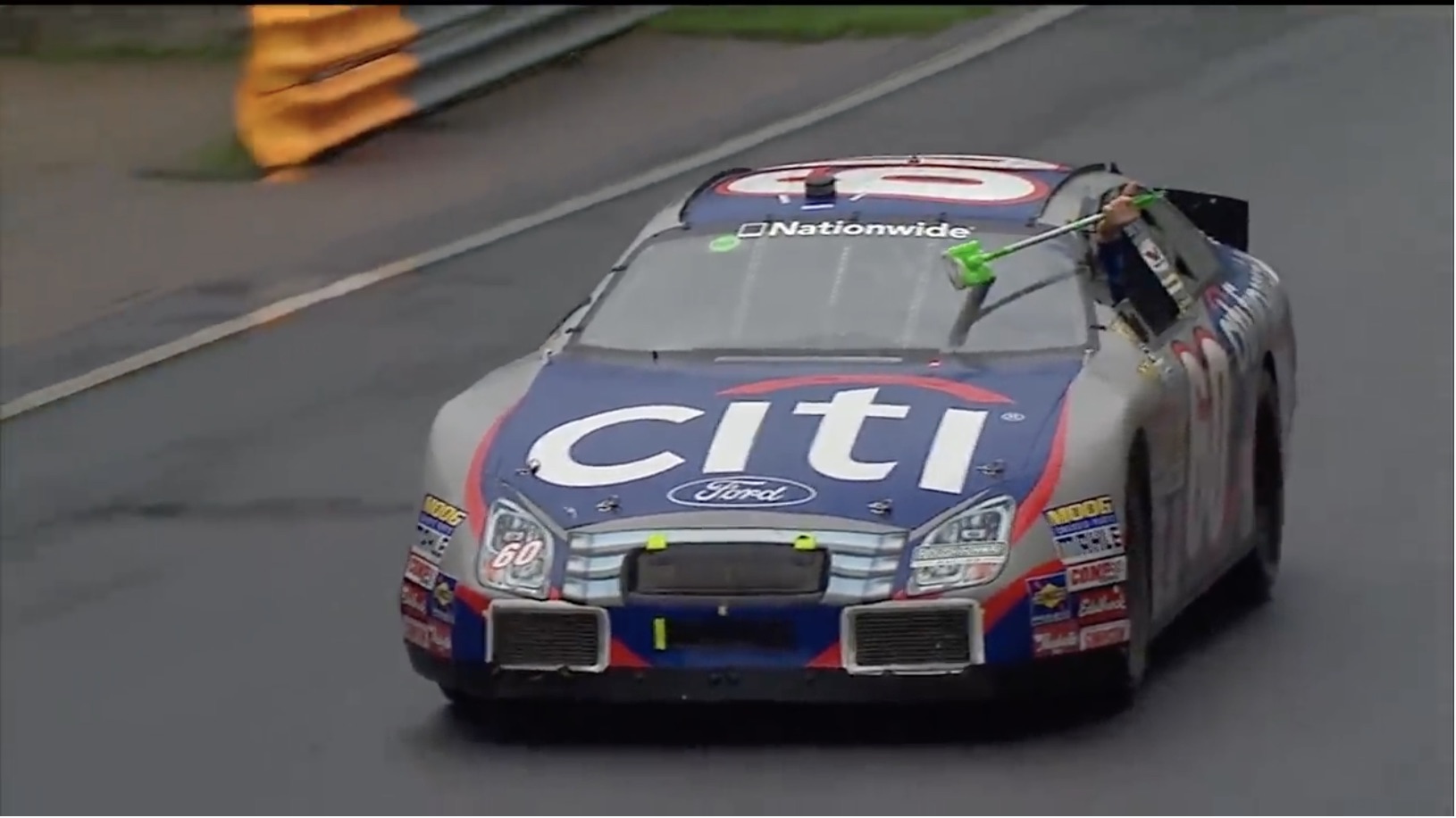 It’s the running joke against NASCAR: How can a sport that has history dating back to good ol’ boys from the American South, moonshiners and the like, wind up scared of a spot of rain? How in the world did that happen? F1 drivers have rain tires. DTM, BTCC, Supercars, they all race in the rain. Rally drivers don’t give a rat’s ass what the weather is doing, so long as they have enough forewarning to prepare for what the stage will be like. Yet NASCAR’s usual mode of operation is, at the first sign of droplets, is to either let the cars slow-lap under a yellow flag, or to bring them in under a red and wait for the rain to pass and the track to be properly dried out before any car gets back out onto the track in anger. Being fair, no Cup car is really meant for saturated asphalt. They’re overpowered for conditions, being operated by wheelmen who usually operate with a buried right foot. Call us a bit slanted if you must, but combining a wet road course and a Cup car and driver is bad all the way around. The finesse and care needed to make that program work just aren’t present.

Yet, it’s happened: Watkins Glen, Road America, and Circuit Gilles Villeneuve in Montreal have wound up being rained out and the drivers being told to suck it up and get out there. Frankly, it’s something we feel should happen more often. Rain tires exist, and with NASCAR looking once again at road course racing, putting wipers and lights onto the cars sounds like a great way to weed out the weak drivers. Or maybe it’s just another, more natural way to get the crash footage that audiences usually love to see.

4 thoughts on “Spinning In The Rain: When NASCAR Put The Drivers In The Wet”