Video: The 1986 Buick Riviera T-Type Was A Harbinger Of Our Current Automotive Lives 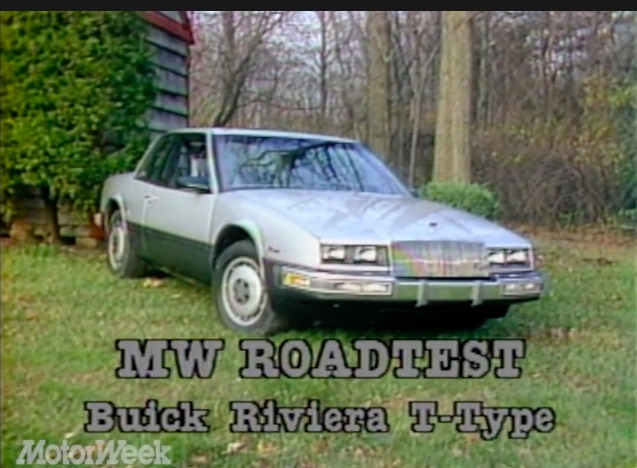 Only 10% of the Buick Rivieras made in 1986 were T-Types. The company made more than 20,000 “regular” Rivieras and only about 2,000 of these one year wonders. It was a shrunken chassis packing a transverse V-6 that performed admirably for the time. It was also a machine that had stuff like touch screen controls, weirdo reversible seat centers, power adjustable seats that went 4,300 directions, and loads of other widgets that made people as, “What will they come up with next?!” As we now know in 2022, the answer is “not much”. Sure, the seats we have today are nicer and the touch screens slicker, but it’s the same stuff. We’ve entered an era of a kind of post automotive wonderment that it only makes sense people embrace self-driving cars that they just don’t have to engage with anymore.

I’m not saying that this car caused the whole scene to happen but the kind of incredulous nature of how this stuff is reported on has been replaced with a totally different attitude. We have gone from looking at a touch screen as a unique advancement to complaining about them when they are too small or too slow to react.

I look at my sons and what impresses them about new cars. It is so much about the incremental creep anymore than the idea of being flat out wowed by something. It’s less about building the proverbial sword in the OE world anymore and more about just sharpening the blade a little at a time. Such is the nature of technology, we suppose.

Press play to see this look at a one year wonder: The 1986 Buick Riviera T-Type

One thought on “Video: The 1986 Buick Riviera T-Type Was A Harbinger Of Our Current Automotive Lives”