The 2022 Porsche 911 GT3 Is The German Version Of A Muscle Car – Stripped Down, Fast As Blazes, Still Big Bucks 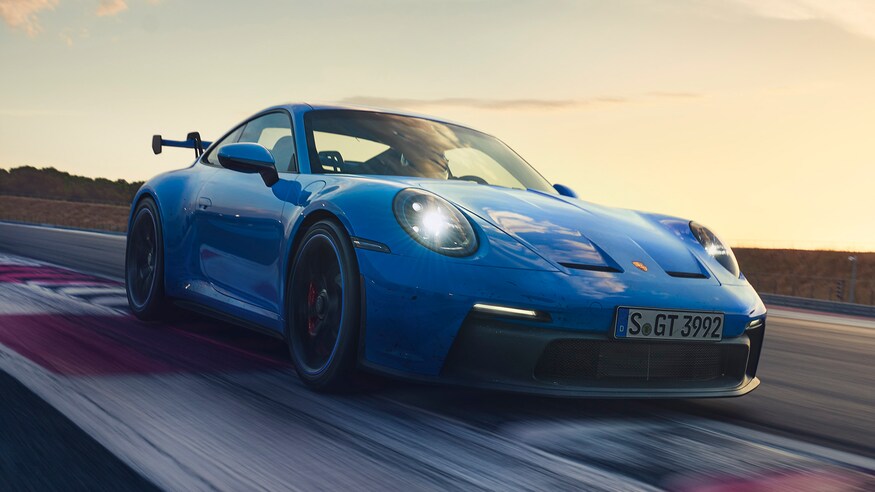 (By Tom Lohnes) – Officially the cheapest, least powerful car to ever run under seven minutes at the Nürburgring Nordschelife, the all-new Porsche 911 GT3 is a track monster that just happens to be street-legal.

Sitting under the rear-mounted hood, the 911 GT3 ditches the normal turbocharged mill for a 4.0-liter naturally aspirated unit making 523 horsepower and about 400 lb-ft of torque. This engine redlines at an eye-watering 9,250 RPM and can be paired with a 6-speed manual or an 8-speed DCT, like any good drivers’ car should.

The only wheels driven in the GT3 are the rears and the steering is one of the last hydraulic power units on the market. Outside, the GT3 is far more aggressive than any other 911, with hood vents, a new body kit, and that massive wing on the back. All of these help the GT3 run a full 17 seconds quicker around the ‘ring than the last-gen car. Inside, the GT3 ditches the “nub” shifter on most DCT 911s for a real lever, and the manual comes standard with a suede shifter. 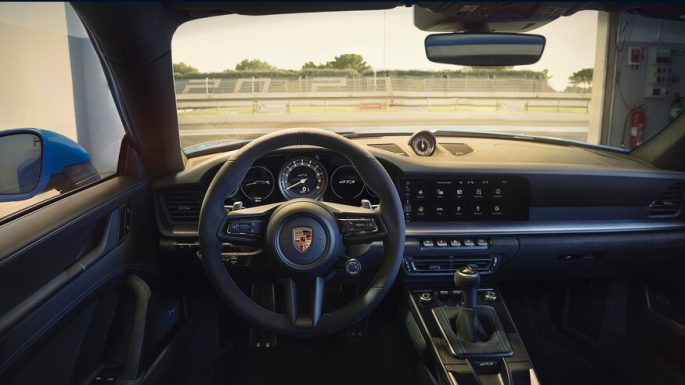 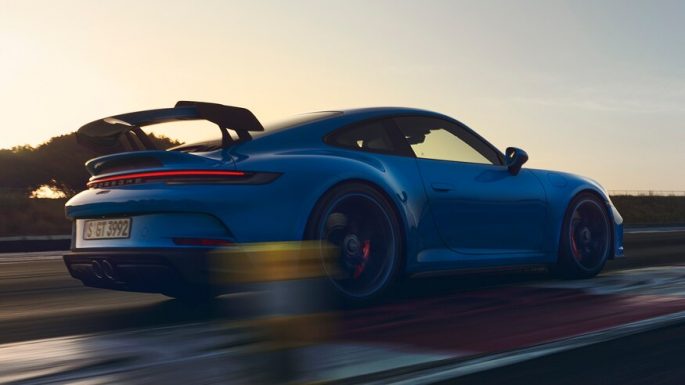 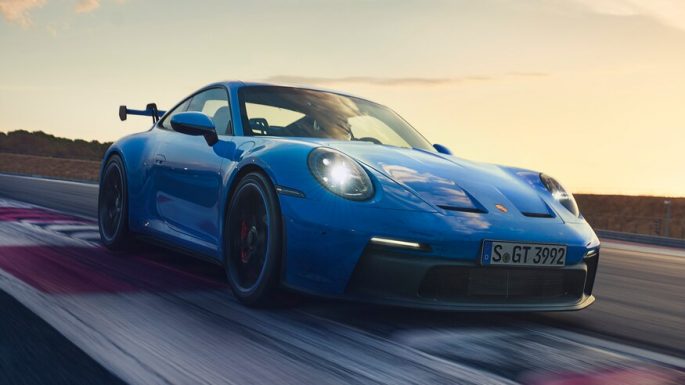 Save In Stages! OPGI Has A Sale Happening Where You Increase Savings By Spending More! Making Six Out Of Four: Watch England's Allen Millyard Create A Set Of Kawasaki Z1 Six Cylinder Jugs!

One thought on “The 2022 Porsche 911 GT3 Is The German Version Of A Muscle Car – Stripped Down, Fast As Blazes, Still Big Bucks”