The Coyote-Swapped Fusion: More Fabrication And The First Start! 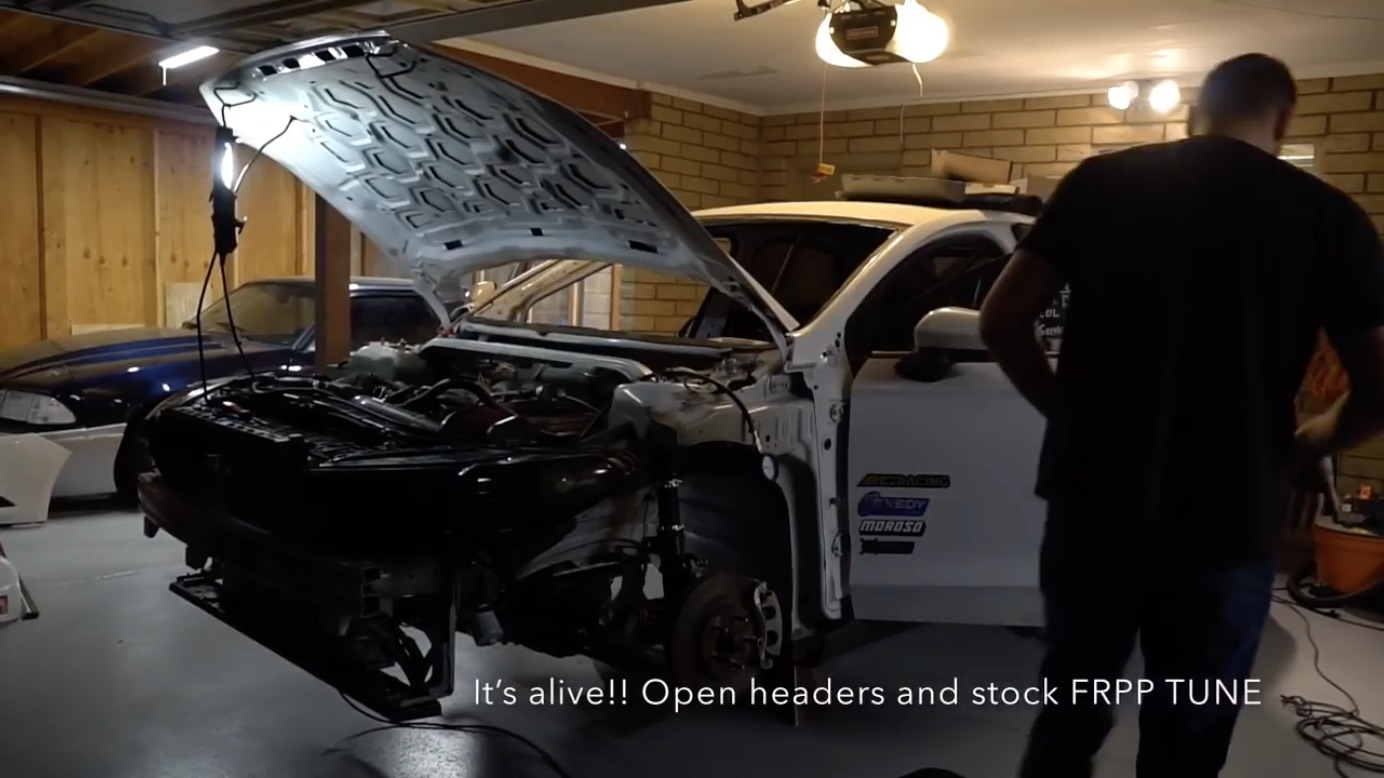 We’ve been following Matt Soppa’s RWD-converted, Coyote-swapped 2016 Ford Fusion build since we first laid eyes on the subject. With looks that echo the dearly departed Australian-market Ford Falcon and some of Ford’s best sedan lines of the last years of sedan production (admit it, the Fusion is a fairly handsome car), the only thing that anybody could kick a Fusion for is the front-wheel-drive powertrain. That relegates it to daily-driver status at best for most gearheads with the sickness. But V8, RWD, and manual transmission? Okay, yeah, this is BangShift worthy in all of the senses.

The basic structure is a Fusion with the front subframe of a S197-era Mustang combined with the rear suspension setup from an S550-era Mustang. The finished product is going to be a drift car, so it’s being built to meet the safety standards as well…cage, seats and all of that jazz. But this episode has the one thing that we’ve been waiting to hear: The first time the Fusion fires up with it’s much-improved vocal cords.

It lives. Now, for the details that have to be attended to. We can’t wait to see a Fusion that isn’t a NASCAR rolling smoke out of the rear wheelwells. And that is a sentence we never thought we’d say.

Holley's New Terminator Max LS Fuel Injection System Is Awesome And Affordable. Watch This To Learn All About It! Unhinged: Motorpool Daydreams Brought To Life