The List: Here Are The Top 5 NASCAR Races Of The Last 30 Years (Videos) 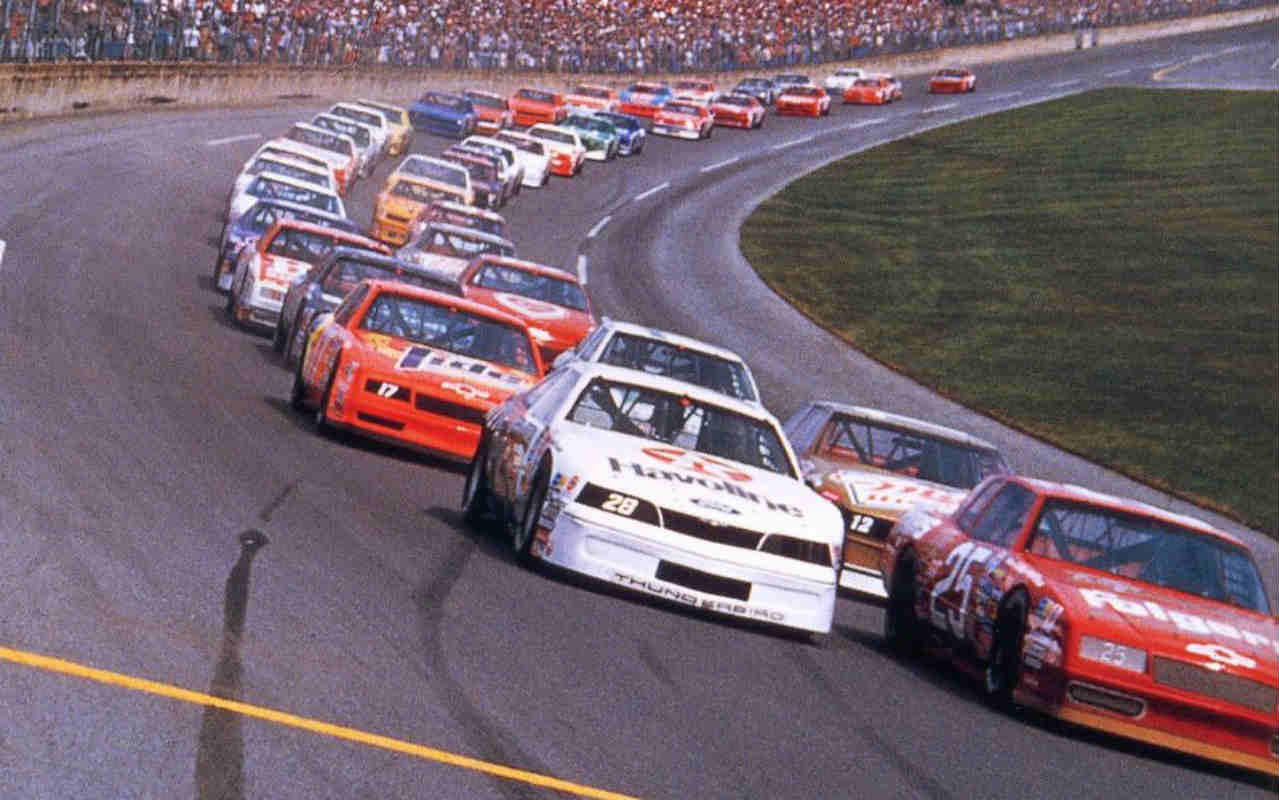 (By Matthew Young) – As one of America’s favorite sporting events, NASCAR was born from the days when moonshiners would race to beat the law and each other to get their product to customers during the days of Prohibition. It became an official sporting event when a meeting was held by Bill France, Sr. in Daytona Beach, Florida in December 1947 to organize the many stock car races around the region into a singular association that would be known as the National Association for Stock Car Auto Racing. On February 15, 1948, the first official NASCAR race was held in Daytona Beach, Florida. The rest as they say, is history. Here are 5 of the greatest NASCAR races of the last 30 years.
5. 2000 Winston 500:
Held at the infamous Talladega Superspeedway in Talladega, Alabama, the field of racers would include names like Rusty Wallace, Bobby Labonte, Bill Elliott, Jeff Gordon, Dale Earnhardt, Sr and a young rookie driver named Dale Earnhardt, Jr. If anyone had the upper hand in this race, it would be Dale Earnhardt, Sr. who had won the race nine different times. The lead changed hands a number of times with the first lap being led by the upstart Dale Earnhardt, Jr. On the last lap, Dale, Sr., Kenny Wallace and Joe Nemechek left the rest of the pack behind and at the final turn, Dale Earnhardt, Sr got the draft he needed to catapult across the finish line and win his 10th and final Talladega race. Four months later, Dale Earnhardt, Sr would be dead.

4. 2001 Cracker Barrel 500:
Held at the Atlanta Motor Speedway in Atlanta, Georgia, the field would include professional racers like Dale Jarrett, Dave Blaney, Kevin Harvick and Dale Earnhardt, Jr as well as a racer who was proving himself to be a threat in every race, namely, Jeff Gordon. Gordon would hold the lead through the majority of the race and on the last turn Kevin Harvick had just enough to beat Gordon by .006 seconds. In a salute to the famous Dale Earnhardt, Sr who had passed away a month earlier, Harvick took his victory lap, raising up three fingers outside the driver’s window to represent Earnhardt’s number 3 car.

3. 1984 Talladega 500:
It was a race for the ages. Held at the Talladega Superspeedway in Alabama, the race would feature legendary drivers like Terry LaBonte, Darrell Waltrip, Cale Yarborough, Bobby Allison and Dale Earnhardt. A number of the racers had been on the circuit for years. They had the skill and experience to know how to protect their lead and fend off challengers. One of those drivers, Bobby LaBonte, had the lead with five laps to go and was fending off anyone who would challenge him. Going into the last lap, LaBonte saw Earnhardt behind him in second place and was protecting the bottom groove so Earnhardt couldn’t get by him. It was the first time the field would understand Earnhardt’s driving skill as he took the high side and blew by Labonte to take the win.

2. 1992 Hooters 500:
It was a race that saw the ending of one legend and the birth of another legend. Richard Petty had been a race car legend for more than three decades, but by the time of the Hooters 500 race in 1992, he could barely qualify. He would finish the race in 35th place. Another racer who was just starting his career, Jeff Gordon would hit the wall in this race and finish 31st. Other racers like Davey Allison, Kyle Petty, Alan Kulwicki and Mark Martin would fight back and forth for the lead until Davey Allison took over just before the finish line. Kyle Petty got just close enough to Allison to challenge him, but spun the leader out as he crossed the finish line. Allison won the race, but hit the wall, sending him to the hospital. Despite injuries, Allison was in the lineup for the race the following week.

1. 2003 Carolina Dodge Dealers 400
Held at Darlington Raceway in Darlington, South Carolina, the race would at times be more reminiscent of an old time stock car race than the more modern races that featured speed. With a star studded track with names like Mark Martin, Elliott Sadler, Jeff Gordon Michael Waltrip and more, two younger drivers would become the talk of the race. Kurt Busch and Ricky Craven would bump each other and battle back and forth, working their way to the front with Ricky Craven taking the checkered flag by inches with Busch running side-by-side.

There are just a few of the exciting races that have occurred over NASCAR’s more than six decade long history. You may have your favorite race of all time that is not on this list, but no matter which is your favorite, NASCAR has inspired many legends and plenty of stories to talk about.

Matthew Young is a Boston based freelance writer. As an aspiring automotive journalist looking to make a name for myself in the industry, he is passionate about covering anything on 4 wheels. When Matthew is not busy writing about cars or new emerging tech, he usually spends time fiddling with his camera and learning a thing or two about photography. You can tweet him @mattbeardyoung

3 thoughts on “The List: Here Are The Top 5 NASCAR Races Of The Last 30 Years (Videos)”