The Everyday Supercar: We Cruise The Mind Boggling 2020 McLaren GT 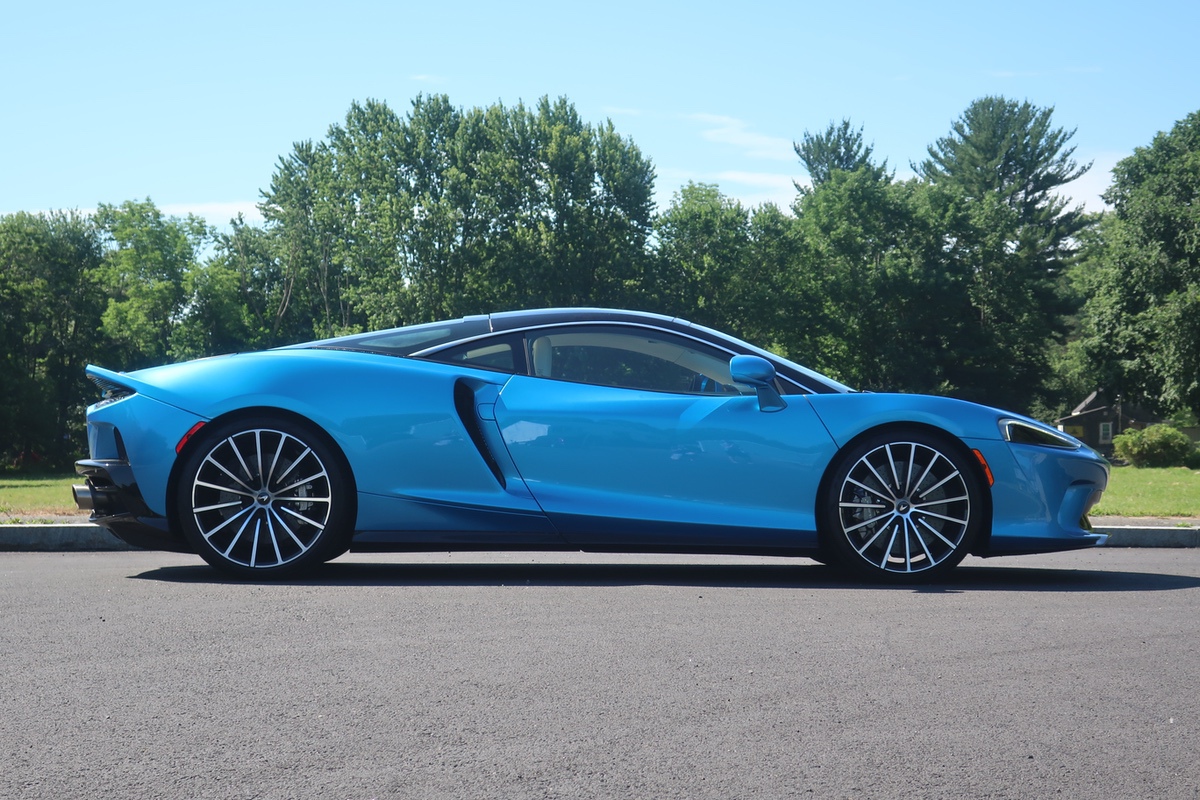 We’re normal guys around here. Obviously. If you have spent more than five minutes reading BangShift over the last 12 years you know that our tastes skew toward the low buck, the junkyard crafted, and the creative more than the currency fueled when it comes to cars, but we’re all allowed to dream, right?

This was my thought process after about 10 minutes in the absolutely mind boggling 2020 McLaren GT a car with which I got to spend a 24 hour stretch of my life with and one that I drove (occasionally) like it was stolen and (mostly) like was a normal car. The most astonishing thing about this $263,625 masterpiece from Surrey, England is that it can both ride better than virtually every sport sedan on the market one moment and then send you to 150mph like there’s a JATO rocket strapped to the roof the next. All the while it does this with a refinement in ride, sound, and drivetrain the likes of which few machines on Earth can match. 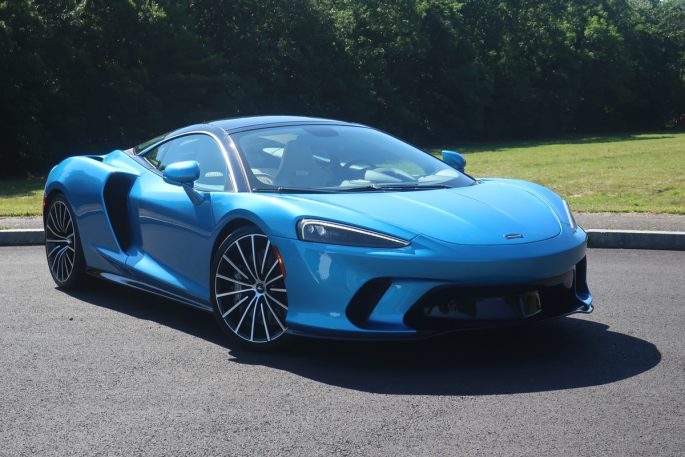 The McLaren GT is the luxury minded car in the company’s lineup. It gives up some of the pure performance brutality of it’s more hardcore brethren for driver/passenger comfort and luxury. Making some 612hp out of a twin turbocharged 4.0L V8 engine and crossing the scales at a shade over 3,300lbs, it’s a flyer. It runs the quarter in 10.7 seconds. The launch control is the best video game you have ever played and between the raucous laughter that was emanating from my guts and that of my sons during a few trial applications of the launch control, that in and of itself is nearly worth the price of admission. The car’s suspension is fantastic and uses the company’s Adaptive Dampening technology. To me, this is where the magic lies.

We have had some supercars over the years here at BangShift and even cars that don’t qualify for supercar status but are hardcore sports cars. By and large the entertainment factor lasts a while and then the idea of getting beat up every time you get in the car gets less and less fun. Over roads that are quite literally torn to pieces by our eastern HQ, this thing was magic. Setting the suspension in “Comfort” (there are three modes – Comfort, Sport, and Track) gave us a forgiving ride and one that wasn’t just shy of kidney bleed, but one that was actually compliant with the road surface and devoid of bone-jarring, filling rattling thuds. 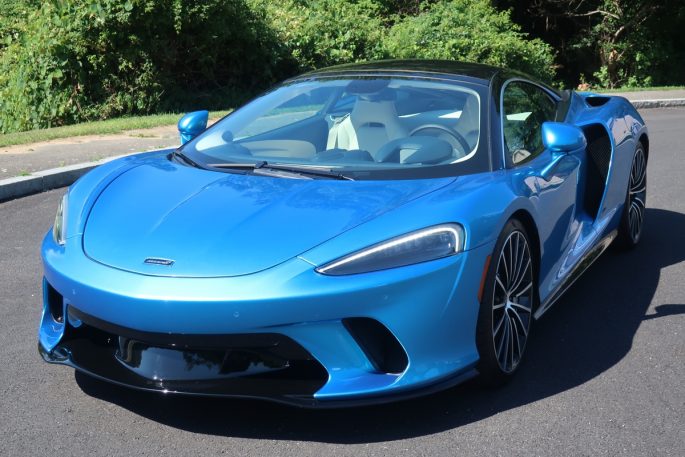 Outside of the ability to handling the crummy roads, when things are smooth and flat the experience of driving this car is sublime. The 4.0L twin turbo engine has just enough rumble and basso to let you know it is there but it’s certainly not droning, the driving position and seat fit for me (5″10 215lbs) was perfect after some adjustments and while I was kind of snickering at the idea that this car could be a “Grand Touring” machine, I was convinced after a highway trip that it could be.

This is not a car that you feel like you are wearing. It is more substantial than that. You don’t feel like you are in a fighter jet or anything but you just feel as though you are in a pinnacle style automobile. Something that embraces and embodies technology, something that has been created not out of need in this world but out of want. The want to effectively have it all. No car can deliver ALL of it of course, but damn if this thing doesn’t come close. 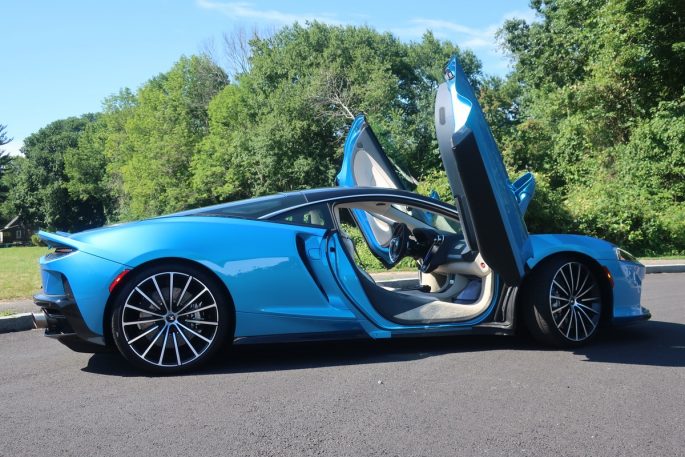 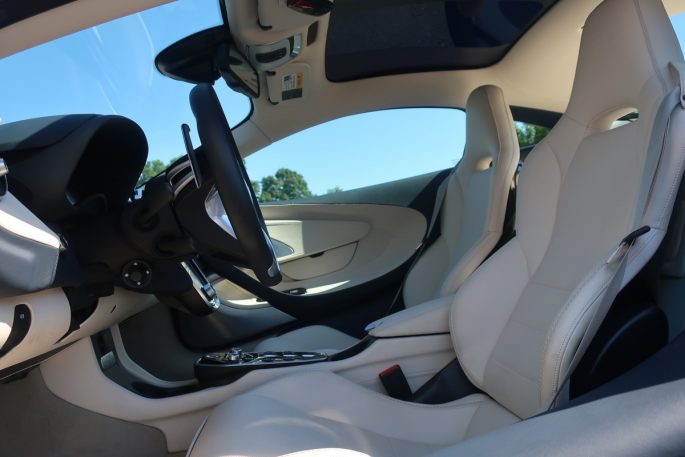 The interior is a study in grace, style, and simplicity. Being that this is the GT and this is the car that’s designed to be the luxury hauler, not the track day hero, the whole experience inside the passenger compartment is tailored to the enjoyment of the driver and passenger. The most impressive part of the car in terms of its operation is how it doesn’t get in the way of itself. There’s not a zillion dials, buttons, and knobs to make you feel like a Formula One driver. Your suspension and drivetrain settings are accomplished by setting two switches. We typically drove the car in Comfort suspension and Track drivetrain. Good gravy was it fun. 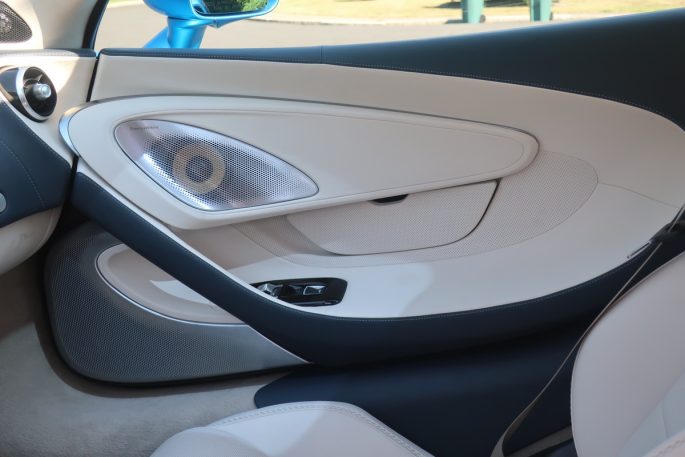 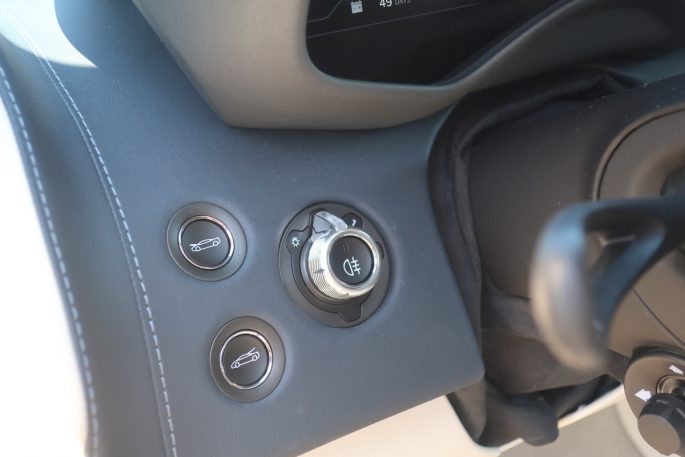 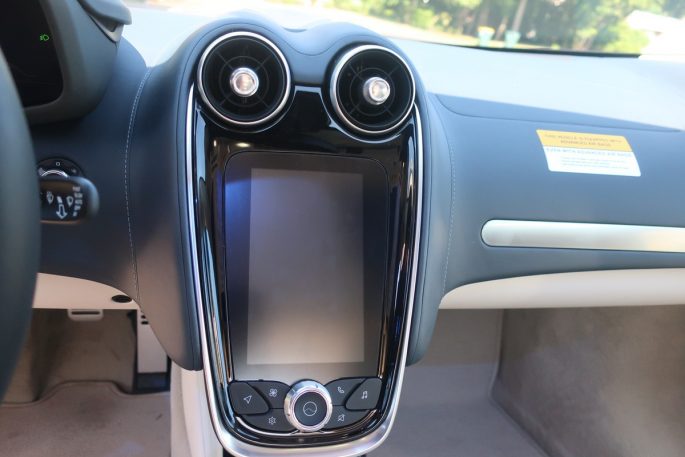 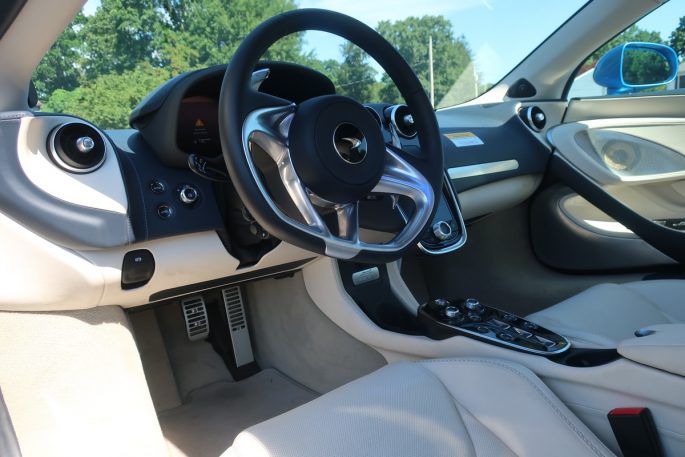 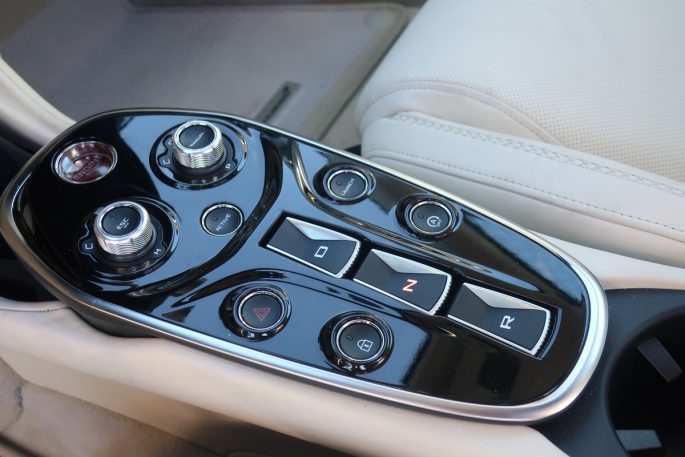 As you can see, simple, graceful, and elegant are the easiest words to describe the cockpit. Nothing to take you away from the experience of driving the car and enjoying the time with whoever is in the other seat.

There were some elements of the car that took getting used to. The narrow foot box, which is a hallmark of basically any sports car ever made is constrictive feeling at first until you kind of understand where your feet should be and where they comfortably fall. So many modern cars have no “foot box” at all, so when you are in a very defined one, it is an adjustment. The second element to learn with the McLaren GT was the brakes. 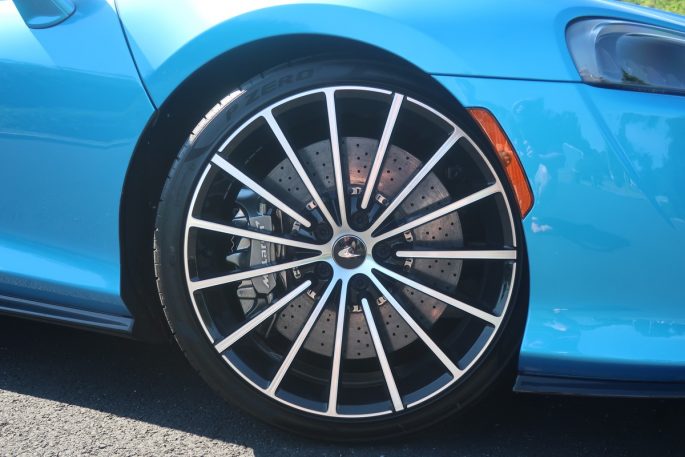 Th carbon ceramics on this car are massive and at first glance before driving the car I had already pre-programmed myself to be easy on the brake pedal because it looked like those stoppers would send you though the windshield if you got heavy on the pedal. Like most things in my life, I was wrong in this supposition. There are PLENTY of brakes here. PLENTY. The adjustment came in the pedal which is hard and provides little actual feedback to the new driver. After many miles and stops over the course of my time with the car, I was comfortable but the first couple of stops made me adjust the idea of easing into the pedal and being strong with it from the first thought of application. Also, carbon-ceramic brakes love some heat. Once they were driven for a few miles and up to temperate the pedal provided more feedback than when they were cold.

Plain and simple, this is a dream machine. Too often I have found myself perhaps trying too hard to defend the price of something like this McLaren. It’s a fool’s errand that I am not going to engage in. Why? Because the people who want this car, who really want this car, can afford it. This isn’t like trying to get the sales manager to come down another $500 on that Camry your spouse wants. This is a boutique machine from a boutique manufacturer designed to meet the wants and desires of a small marketplace. And boy howdy does it deliver.

From the Loudus Blue paint to the electrochroamatic roof that can be tinted to your personal desires, to the sports exhaust, the killer Bowers and Wilkins sound system, and everything in between, this is the type of car that kids dream about owning and that even us knuckle dragging hot rodders can look at, sit in, and haul ass around the block in with a unique appreciation of what the machine stands for in terms of engineering and technology.

Colonnade CPR: Bringing A 1973 Chevrolet Chevelle SS454 Back To The Outside World Power To Its Core: This Neat Demonstration Shows An Optima Battery Powering Its Own Deconstruction!

3 thoughts on “The Everyday Supercar: We Cruise The Mind Boggling 2020 McLaren GT”