The American Powertrain Parting Shift: A Doug Nash Five-Speed Gets Worked at an Aussie Hill Climb 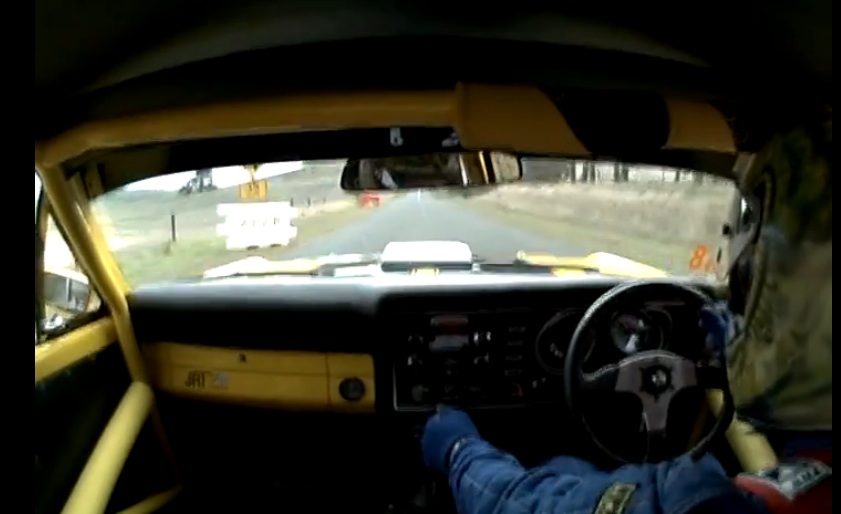 Because it is a Friday, we are legally obgligated to show you a Parting Shift today and instead of going to the drag strip, we’re throwing you all kinds of bends, hills, and tricky curves. With all of the craziness that will be going on at Pikes Peak this year we figured that this was a fitting piece of footage to highlight. Oh, the fact that the tightly wound 351 Cleveland sounds like heaven doe not hurt either.

Now, down to brass tacks on the video. We get to go for a ride with the driver of an old Falcon GT powered by a healthy 351 Cleveland motor. He is stabbing and steering while shifting a Doug Nash five speed with the wrong hand. Normally when we hear Doug Nash five-speed we think drag strip, not so!

This car is fast as all get out and the dude can really drive the wheels off of it. Proof of that is the fact that the he finished 17th out of 140 entries in the contest. You’ll note at the end that most of the competition is modern stuff. One thing we want to wonder about aloud (like we always do with videos like this) is why we don’t ever hear of any hill climbs like this event happening here in America. It seems like an exceedingly popular motorsport in Europe and Australia, so what gives? We have horsepower and hills. Let’s figure this out. How much fun would this be to participate in and/or watch? Seems like a match made in heaven! Stick around to the end to see the driver rip off a donut on a dirt road.

We know that there are races like Pikes Peak, the Mt Washington Hill Climb, and a small cadre of other high profile climbs but the reality is that we’d love to see more local and low key events to attract people out. With the explosion of autocross, you know that there are TONS of cars out there that would be totally perfect for this type of competition. In the meantime we want to drive this dude’s stuff!

PRESS PLAY BELOW TO WATCH THE VIDEO –

Wild Video: Ride Along On A GSXR 750 Powered Go Kart As It Attacks A Road/Autocross Course - Awesome! Mark Williams Enterprises Is Your Home For Gears - Street, Drag, Circle Track, More!

One thought on “The American Powertrain Parting Shift: A Doug Nash Five-Speed Gets Worked at an Aussie Hill Climb”