The Ultimate: This Is The World’s Most Awesome Ferrari Dino – Unreal Build Where Money Was no Object 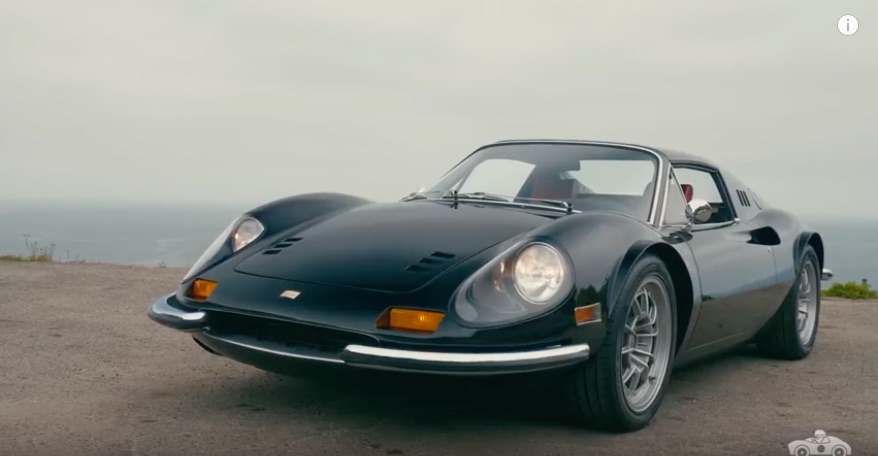 Some of you will immediately write this car off as some sort of toy for an ultra-wealthy guy. Well, you would not be wrong about the toy and about the level of wealth that produced this amazing car. But here’s the thing. The rich guys get it right sometimes and the end result is that craftsmen, builders, fabricators, and engineers get to expand their mind and the automotive culture because of it. David Lee’s Ferrari Dino is a car that lives on these premises. This is the world’s most awesome Ferrari Dino and a machine that ol’ Enzo himself would likely stand and admire for its amazing nature.

Modified outwardly with larger wheel openings, custom wheels, a more aggressive stance, appearance, and hiding some obvious Easter Eggs the car is a work of engineering art. The engine is the centerpiece. The naturally aspirated V8 is based off of the block used in a Ferrari F40. The turbochargers removed, the engine was bored from 2.9L to displace 3.4L and it sings like a freaking choir as the driver bangs through the gears and winds though some beautiful curvy roads.

Why build it? Because sometimes people have a vision that they want to see fulfilled. Yes, the budget on this thing is beyond endless but that does not matter. For the same reasons guys put turbos on stock bottom ended LS engines in their driveway, cars like this get built. The whole thing is identical in its mentality. Come up with an idea, execute the idea, enjoy the results. Whether it is a 400hp home build with primered fenders and leaking exhaust or a hunk of magnificence like this, every car enthusiast wants the hot rod they have always dreamed about. This is the one David Lee wanted.

Petrolicious did they normally awesome job in making this film. Enjoy it.

Press play below to see the coolest, most bad ass Ferrari Dino ever built –

Rocky Mountain Race Week AND Road Week Registration Is Open! Sign Up Now! A Monster of Malaise: The 1974 Cougar XR7 Had A 460, Suspension Made Of Jello, and Body Roll For Days

One thought on “The Ultimate: This Is The World’s Most Awesome Ferrari Dino – Unreal Build Where Money Was no Object”