They Said I Could Never Finish, So I Finished First: Amazing Video Of The Improbable Rally Champ Ewy Rosqvist 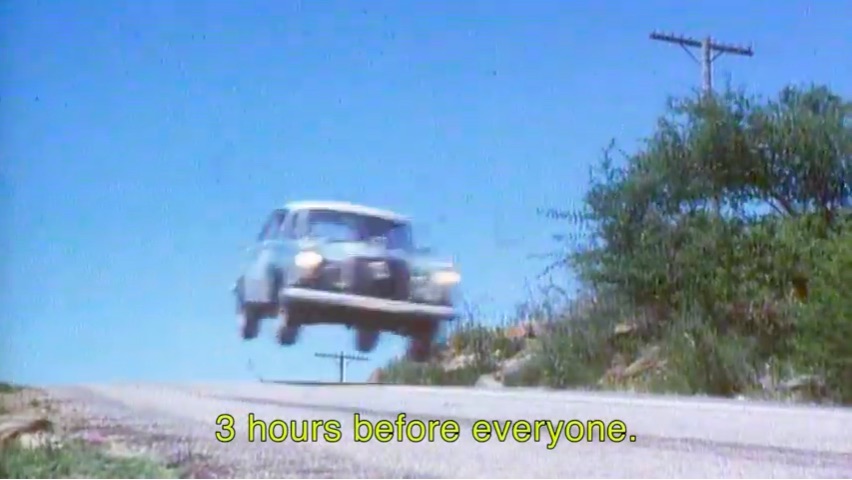 There are few greater gifts in life than to be underestimated. Some people play those cards wrong, choosing to be offended or otherwise wounded by the slight of others but champions and heroes consider being underestimated as the best thing ever. It doesn’t matter the size or scale of the moment, either. From a youth sports game where your opponent doesn’t think you can hang with them to your professional life when people around you don’t expect you to rise to an occasion. It happens all the time and how we react to it defines us in man ways.

It happens in motor racing LOTS.

Back in 1962 a Swedish woman named Ewy Rosqvist was making headlines in Europe as a factory driver, first for Volvo and then for Mercedes. In a move many thought foolhardy, Mercedes shipped Rosqvist to Argentina with a two ton Mercedes sedan to compete in the (literally) killer Argentinian Rally. This event destroyed cars, lives, and anything else its thousands of grueling miles touched.

Having learned to rally drive while working as a veterinarian and hauling ass between farms in the countryside, she was uniquely equipped to deal with the harshness of this race and the other she would compete in and win at for years to come. She was so well equipped that she won the rally outright. Not her class, the overall. She beat the second place car by three hours. In the process of this awesomeness she also set the fastest average speed record in the history of the event and shattered it by 6 km/h taking the number from 121 km/h to 127 km/h. Did we mention that her co-driver was another female from Sweden as well?

The best line in this short film is the one I chose as the title. “They said I could never finish, so I finished first.” On can only imagine what the boys were saying when this whole deal was going down. Amazing!

The World of Pro Drag Superstars: This 1985 TV Show Features Garlits Vs Kalitta, Roger Gustin, and More! Beast Of Burden: This 7.3L Diesel Ford Van Hauler Thing Is A Cheap And Roomy Way To Lug Your Stuff!

2 thoughts on “They Said I Could Never Finish, So I Finished First: Amazing Video Of The Improbable Rally Champ Ewy Rosqvist”