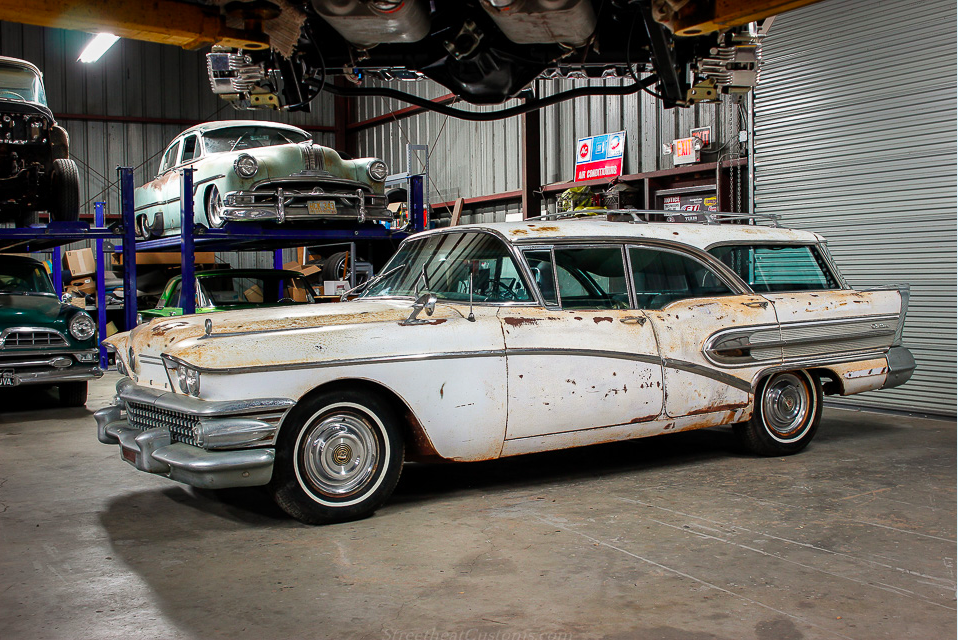 Of all the awesome, bold, and completely over the top styling work that Detroit cranked out though the 1950s one of the most beautiful and short-lived among them was the hardtop station wagon. Lots of glass, open airy looks, and styling that keeps your eyes glued, they were neat cars. Among the most beautiful ever produced was the 1958 Buick Caballero Century Estate Wagon and we have found one for sale on eBay that needs lots of love but it is a wholly complete car, right down to the little Nailhead engine. Very, very few of these cars were sold. We’re guessing that they were mightily expensive for the typical family looking for practice transportation. Less of these wagons were sold by Buick in the 1957 and 1958 models years than convertibles! They were only produced for those two years as well.

The car for sale on eBay is listed for just under $15,000 buy it now. That’s not a ton of money for a complete car, but this thing needs work on every possible front. We’re guessing it would be 100k or more to bring this thing back to factory shape and then there’s the question of whether or not you bring it to factory shape or if you tastefully modify the thing as you are in the process of reviving it. Putting any engine in it outside of the Buick Nailhead would be grounds to have your citizenship on this planet revoked, though. There’s got to be a Buick freak who wants to have one of the 1950s ultimate collector models in his collection and this would be it.

While the outside has “extreme patina” the interior of the thing is really, really nasty. We’re guessing that all of it can be restored or reproduced but again, it is just adding to an already stratospheric bill (but a worthy one if you had the cash!). Before finding this advertisement, we had never seen one of these cars. It would be pretty spectacular to see this thing back in its factory form again someday, right? 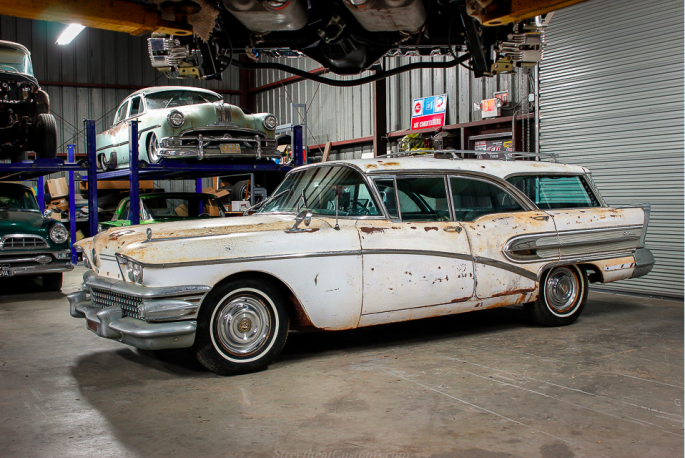 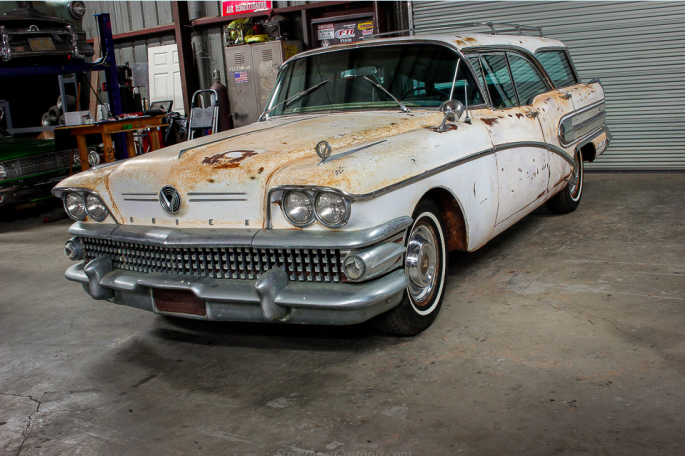 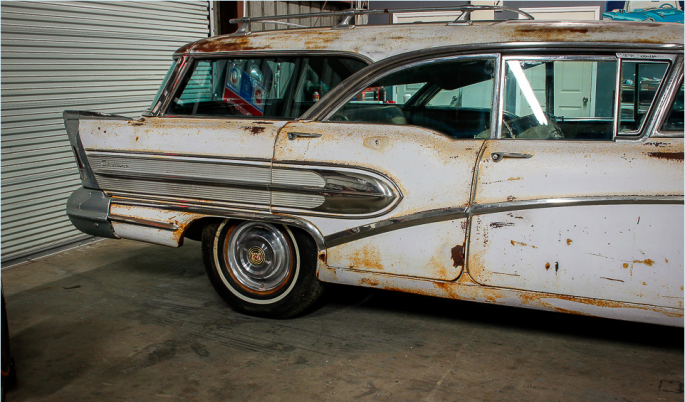 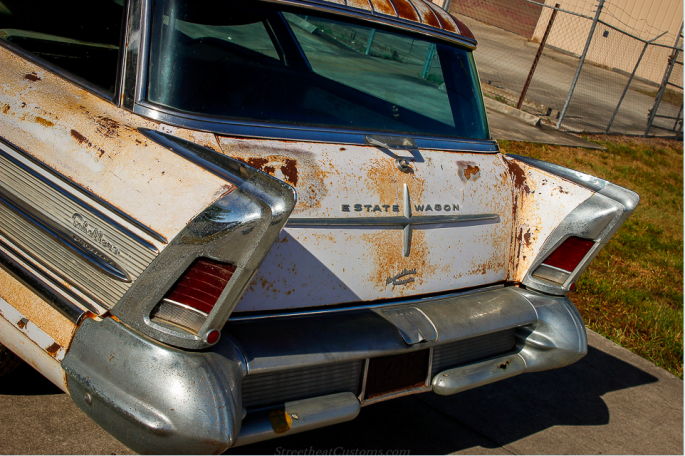 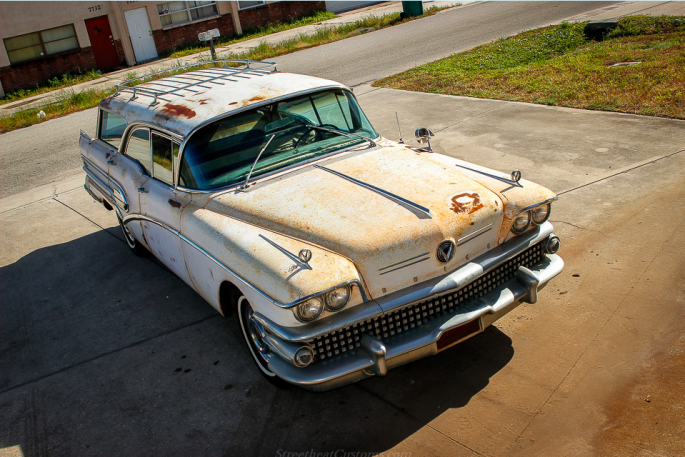 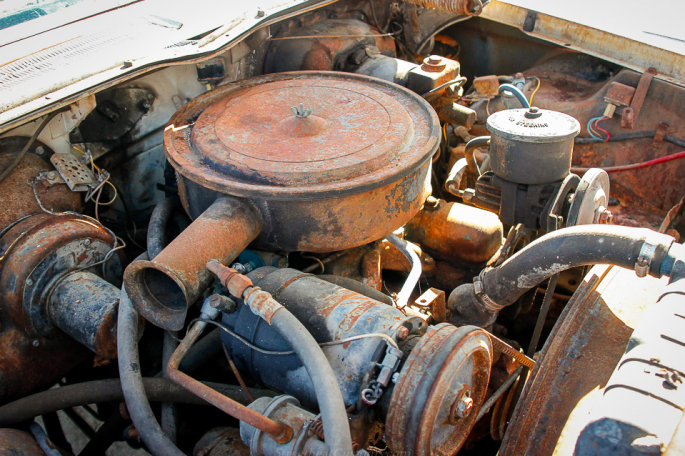 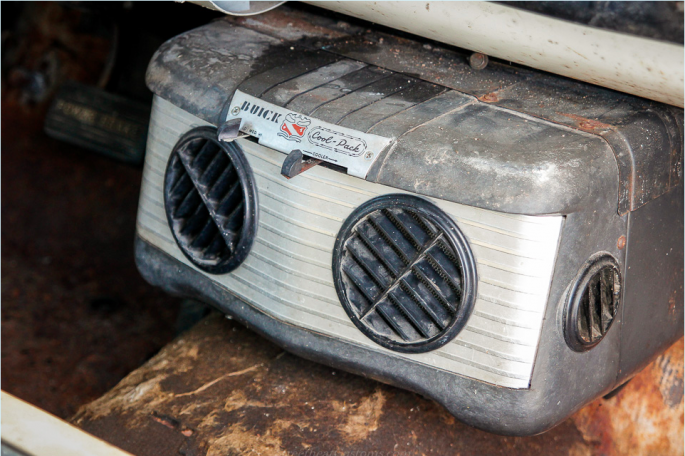 Rough Start: Handy With A Paint Gun? Then This 1979 Chrysler 300 Is For You! Money No Object: This Restomodded 1967 OSI 20M Is Nothing Short Of Pornographic!