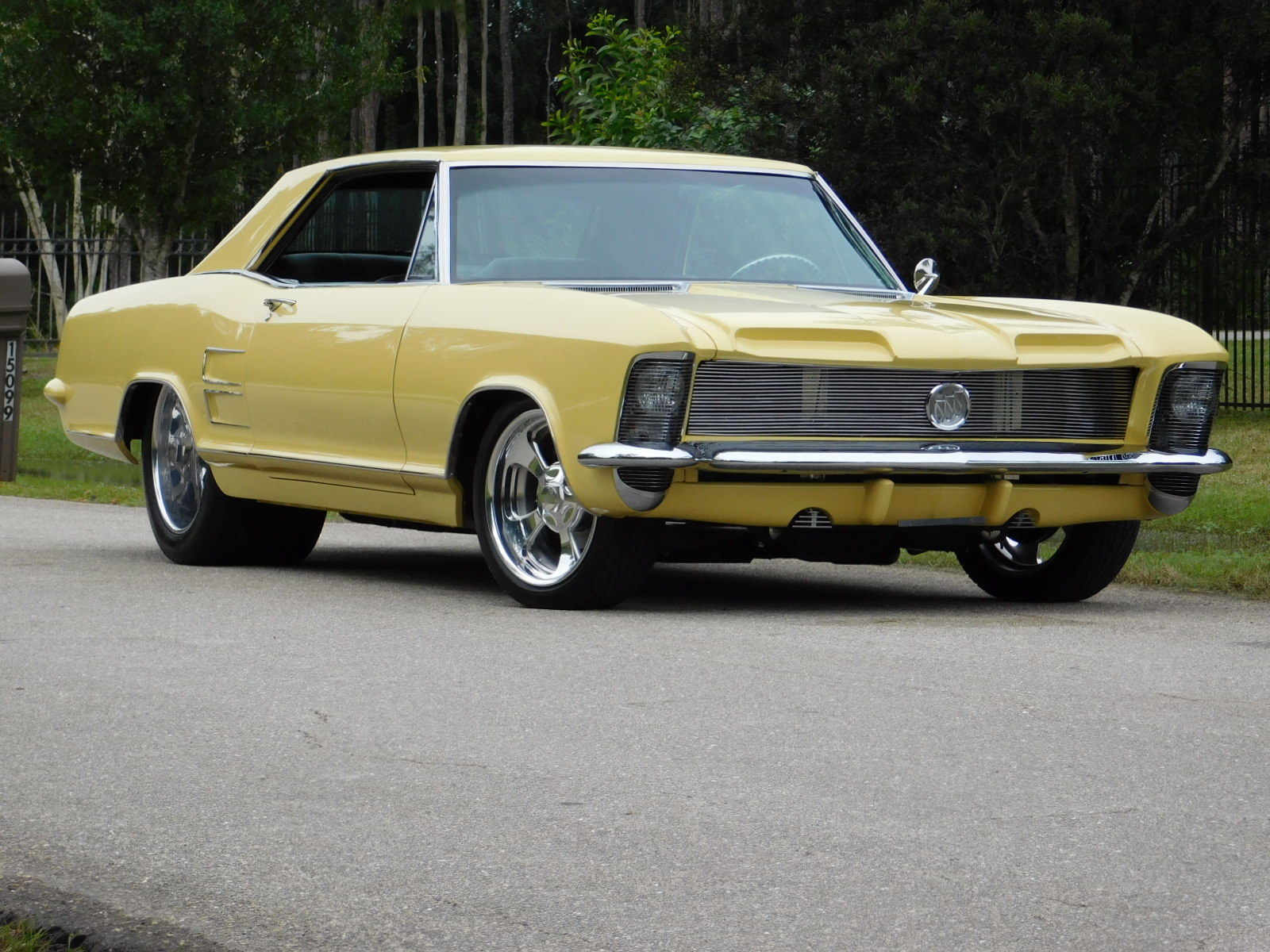 The Buick Riviera was one of the most important cars that GM dropped on the world in the 1960s. Released as a 1963 model year offering, the styling and attitude of the machine were more European inspired than anything the General (or anyone else from Detroit) had sold to the public likely ever. With Buick powered under the hood and the amazing styling of Bill Mitchell wrapping it all up, the car was a sensation and the first generation machines like the 1964 model you see below are still sought after and prices continue to rise on a near weekly basis as collectors and dreamers snap up those less fortunate examples on the bottom end of the market. This car is far different from a stocker in some subtle ways and then a couple that are as subtle as a two by four to the back of the head.

The suspension on this car has ben thoroughly reworked with a full system from RideTech including a four link out back. The car assumes a pro touring style stance but the big and little tires (despite their short sidewalls) have more of a drag racing feel to them. The interior was done in a completely custom manner with black leather dominating the look. The biggest surprise though? That’s under the hood. Skipping a LS engine, skipping a Buick Nailhead, hell, skipping the traditional Chevy small block and going straight a Chevrolet W engine, this car is powered by an (advertised) 590hp 409! Yeah, we did not expect to see that baby under the hood with it dual quads either. Some guys will love and many more will not but we have to give credit to a swap we have never even seen let alone considered before.

Obviously the work on the car has been completed at a high level and done by professionals. The metal working touches added to the hood and trunk lid are really something and we can only imagine the hours invested in making those two pieces essentially from scratch. If there is one thing we can say with confidence about this Buick is that you’d never run into another one like it at the cruise night or car show. We’d have a blast driving it and putting those big meats to the test. 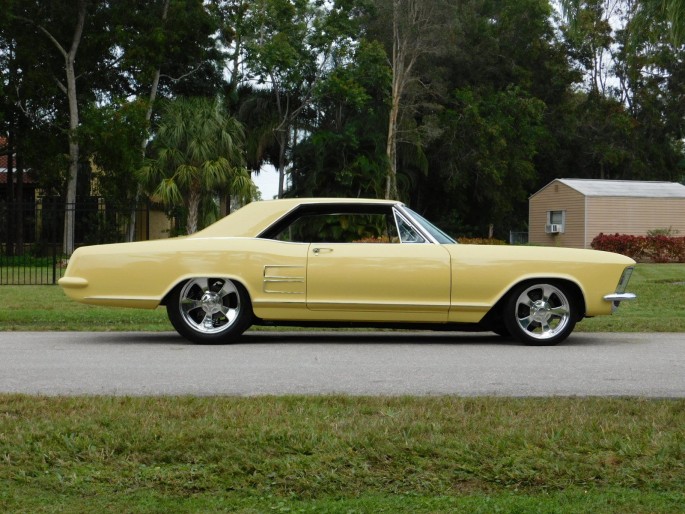 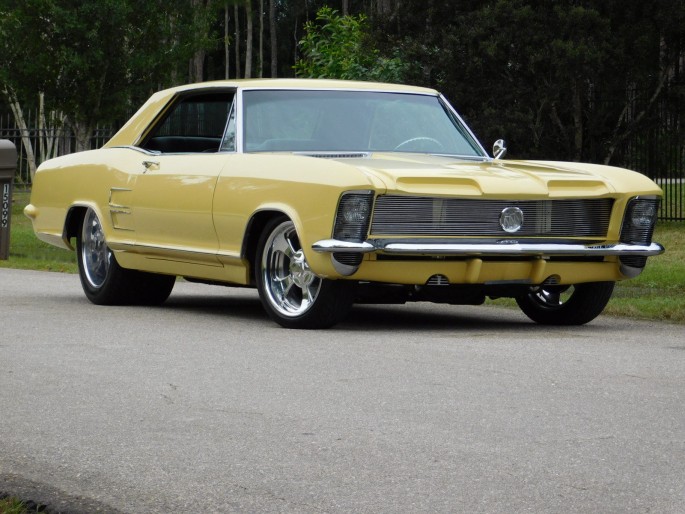 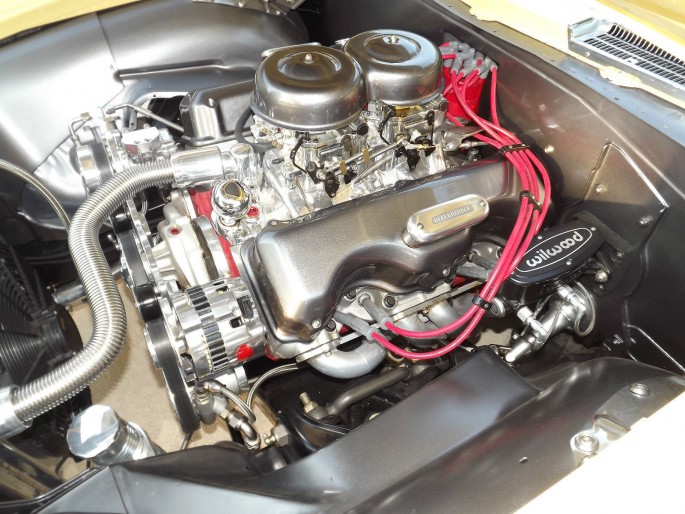 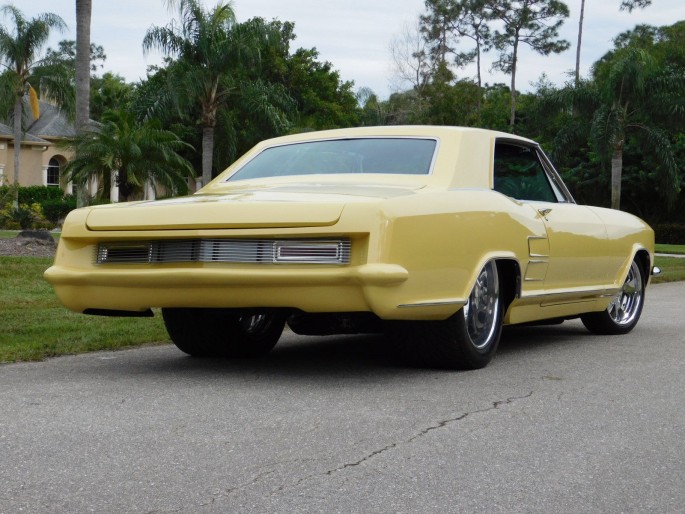 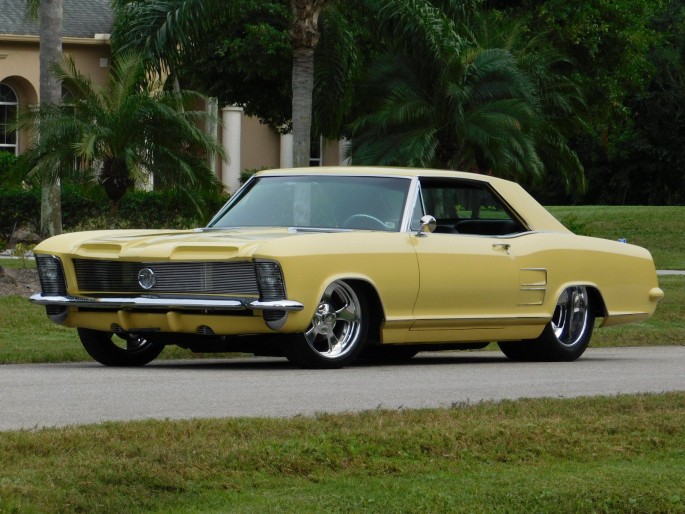 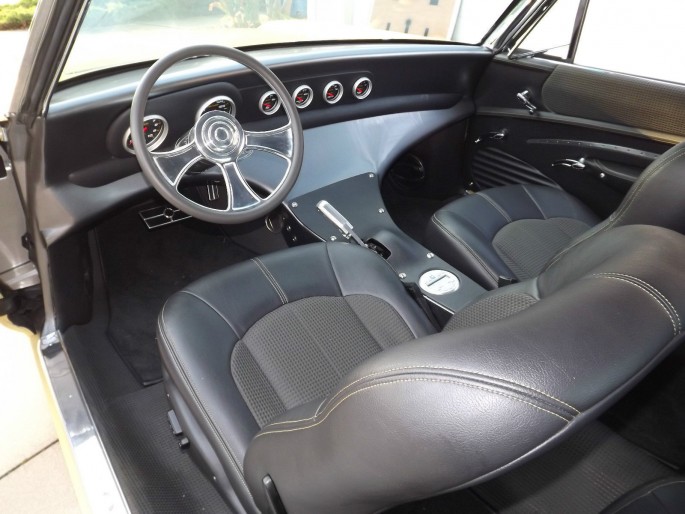 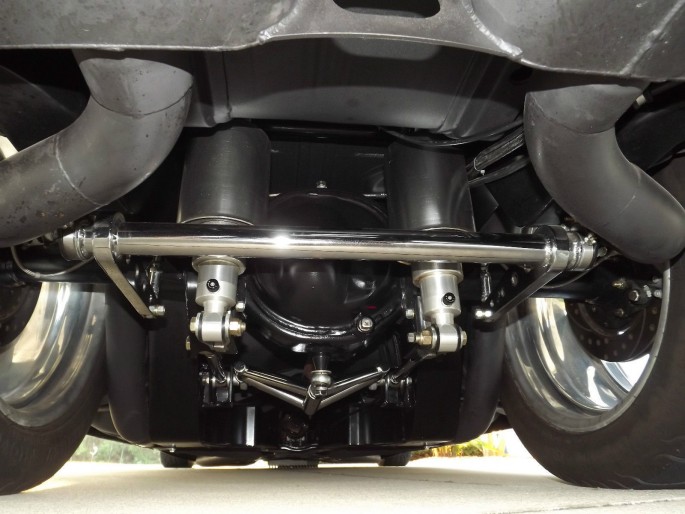 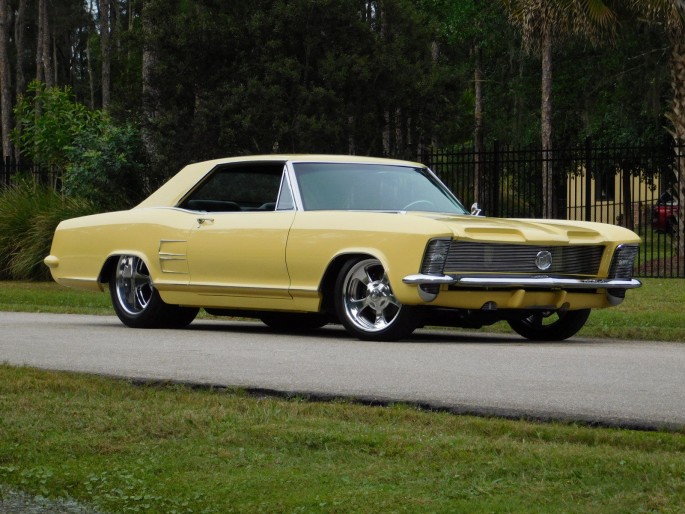