This Incredible Ed Hinton Piece Explains Why NASCAR Fans Complaining About Austin Dillon In The #3 Are Very, Very Wrong 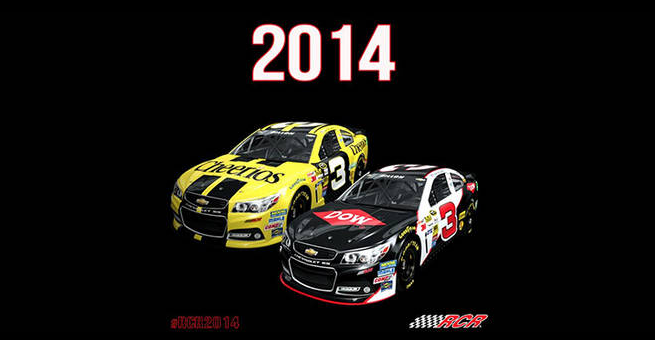 I try to read every single word that Ed Hinton writes because he’s the last bastion of the old school racing reporter left in the USA. This guy has been following NASCAR and open wheel racing (primarily) for like 60 years and he’s known virtually every big name racer for just as long. We’re talking about a guy who lived, breathed, ate, and experienced racing from the racer level, rolling around with teams and from virtually every other perspective as well. The guy can write like no one’s business and he, in his gentlemanly manner, absolutely vaporizes the notion that Austin Dillon shouldn’t be driving the #3 Chevrolet on the pole at Daytona this year. He busts up the twisted logic of some fans into about 16 million pieces and then drops the mic on ’em and walks off stage. He’s not mean about it, he’s not angry about it, he’s not even sarcastic. He’s like an old lawyer who has given umpteen million closing statements doing it one more time. The history exposed here, the facts used, and the awesome story of how that #3 got to become so revered in the sport is fantastic. Hinton is a craftsman with words and we hope he can keep it up forever even though logic dictates that he cannot.

The piece is written in the form of a letter to Austin Dillon, who is Richard Childress’s grandson and the driver of the car. That in itself is brilliant because it allows Hinton to drive the emotion of explaining all this stuff on a very personal level. Childress is referred to as pop-pop, the name bestowed on him by the grand kids when they were little rug rats. It is a story about family triumph. It is a story about risks taken, some of which panned out and some of which didn’t. Ultimately it is a story about earning something and establishing a legacy and figuring out who that legacy belongs to. Hinton argues convincingly that while most people think that the #3 belongs to Earnhardt, it actually belongs to Childress for it was he who fielded the cars that others drove, kept the operation up, and crew it into the amazingly successful empire that it is today.

You  may not agree with Hinton’s assessment here, which you are certainly free to do but you have to admire the prose and construction of this story. It is a piece of motorsports writing that few, if any can produce anymore.

This 1950 Buick Is Large, In Charge, And Driven All Over The Place (Video) More Dirt Slinging, Mud Sloggin' Action From Dirty Gras 2014 - Huge Trucks In The Muck!

13 thoughts on “This Incredible Ed Hinton Piece Explains Why NASCAR Fans Complaining About Austin Dillon In The #3 Are Very, Very Wrong”