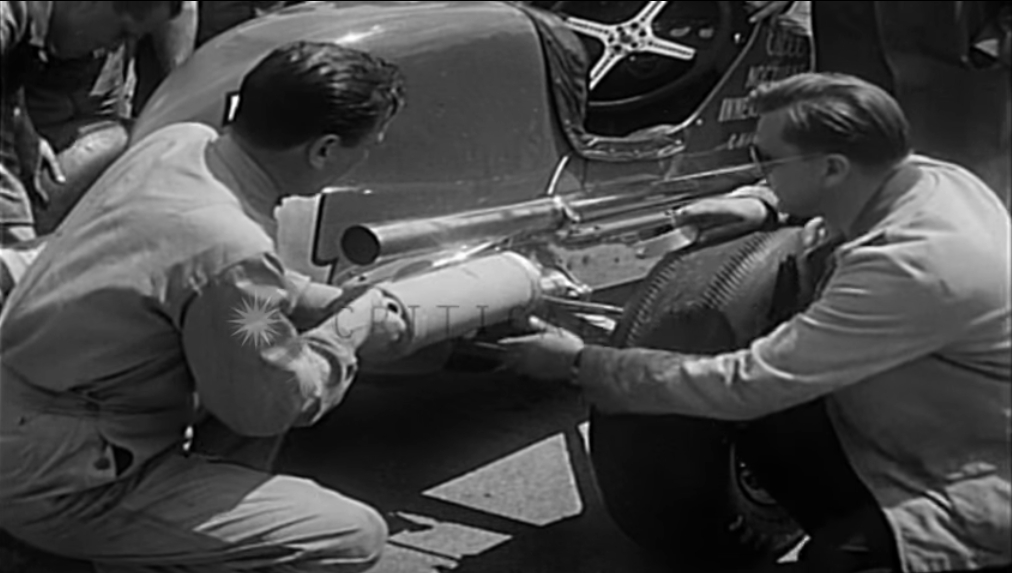 Just ahead of the 1946 Indy 500, Chicagoan Duke Nalon did what any sensible racer would do to pull an extra few miles per hour from his race car: He strapped a 40-pound solid fuel rocket to it. Naturally, the killjoys at the Brickyard were reluctant to let Nalon fog the field behind him in rocket smoke so he had to run the race a few days later without power adders. As reported in Popular Science in July 1946, Nalon (aka the original Iron Duke) was  helping to conduct preliminary testing for rockets as potential auxiliary brakes for trains, but surely it must have been a damn good time to drive a rocket-powered Indy roadster.

The rockets, which were similar to those being tested by the military at the time for Jet-Assisted Takeoffs (JATO), burned for four seconds and, Nalon claimed, boosted the mph on the straight at Indianapolis Motor Speedway by 40 mph during its testing. Unlike the JATO Chevy Impala of urban legend yore, Nalon’s car doesn’t takeoff and careen into a cliff face, as you can see from this old newsreel.

Nalon was, by the way, an accomplished midget-racing champion in the 1930s who took pole at Indy in 1949. He led the opening 23 laps until a fuel tank-first crash instantly turned his car into a raging inferno. The Iron Duke survived by holding his breath and then leaping over the low wall from the moving fireball, suffering burns but otherwise coming back to qualifyon pole again in 1950.