Tour Nebraska 2016 Coverage: Tons of Cars, Tons of Fun, and Tons of History! 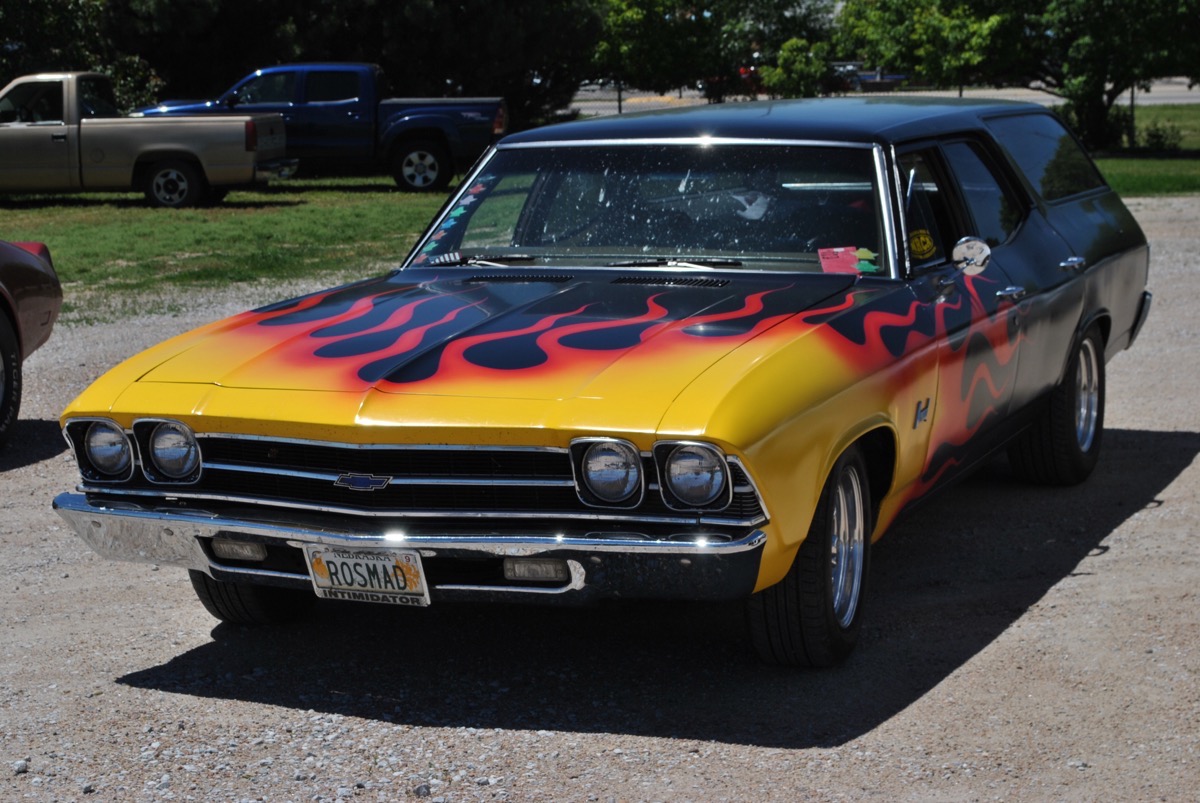 (Words and photos by Scott Liggett) – The participants of Tour Nebraska’s Day 3 met up to another beautiful sunrise. The sun was rising over 400 cool rides during the morning driver’s meeting. Shortly after downing more coffee and more donuts, every one jumped in their cars and Grand Island residents were woken up by hundreds of hot rods rolling through town barely after sunrise.

Day 3 had us heading north out of Grand Island, NE taking the long, long way to St. Paul. Our morning stop was hosting by the Royal Coachmen Car Club whose headquarters are right in downtown St. Paul. These gals and gals have probably the coolest car club house on the planet. It is an 1930’s era service station that is literally across the street from the county courthouse. This is very convenient if any club member needs to go to traffic court. The gas station part had an extension built on it some time ago which is now being used for the club meeting rooms. The station’s store front looks like someone closed the door in the 1950’s and walked away. Stepping into the station is literally like stepping back in time. The club members also have a three stall shop building out back. I don’t see club members’ spouses seeing them much. The Coachmen did a great job of directing traffic, parking the participants, getting 400 vehicles in and out of town without causing chaos.
After our morning break, we all took off west across the hills of northern Nebraska for a nice cruise in beautiful country. The lunch stop was in Lexington at the very nice county fairgrounds before heading to Kearney.
This year’s was capped off with a free tour of Classic Car Collection’s museum in Kearney right on Hwy 30, also known as the Lincoln Highway. With over 200 vehicles in the museum, it is definitely a worthy stop for anyone rolling through central Nebraska.

One thought on “Tour Nebraska 2016 Coverage: Tons of Cars, Tons of Fun, and Tons of History!”