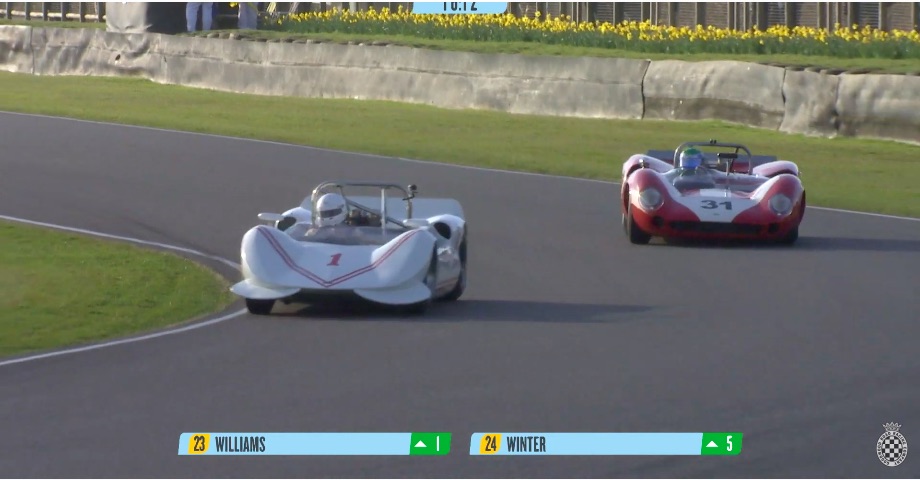 The era of Can-Am competition that gets the most attention is the early 1970s because it was then that the cars had aluminum big block engines, horsepower numbers that nearly made them 1:1 in terms of power to weight ratio, and speed like the world had never seen before. That stuff is all well and good but for the most purely sexy and well balanced action in Can-Am you have to go back to the middle 1960s. It was small blocks, it was lithe designs like the Lola T-70 and it was quirky manufacturers like Canadian Chinook churning out cars that could battle with the biggest names in racing. That’s what this video is all about.

You are going to see those two cars I just mentioned, a Lola and a Chinook. These cars in 2020 put on the kind of road racing show that is absolutely and 100% timeless. Watching these brave drivers, these talented drivers, take this equipment to its limit on the course and drive these cars exactly as they were driven more than 50 years ago is spectacular.

We are not ever ones to bag on modern racing because modern racing is built off the shoulders of what we see here. The engineering knowledge and talent that was carved and cut from cars like this, right? There’s just so much fun in the imperfection of the whole scene. So much excitement in the flaws that these cars have in handling, braking, and other limitations.

This may be vintage racing because of the age of the cars, but this is racing in its best and most entertaining form. Crank the speakers and watch the action as these mid-engine small block road racer get it!

4/09 Dyno Videos: Watch A Pair Of Vintage Chevy 409 Mills Make Beautiful Noise On The Pump! Straight Pipes and Olive Drab: This Early 1980s AM General Built M-915 A1 Rig Is Awesome And We Want It