Straight Pipes and Olive Drab: This Early 1980s AM General Built M-915 A1 Rig Is Awesome And We Want It 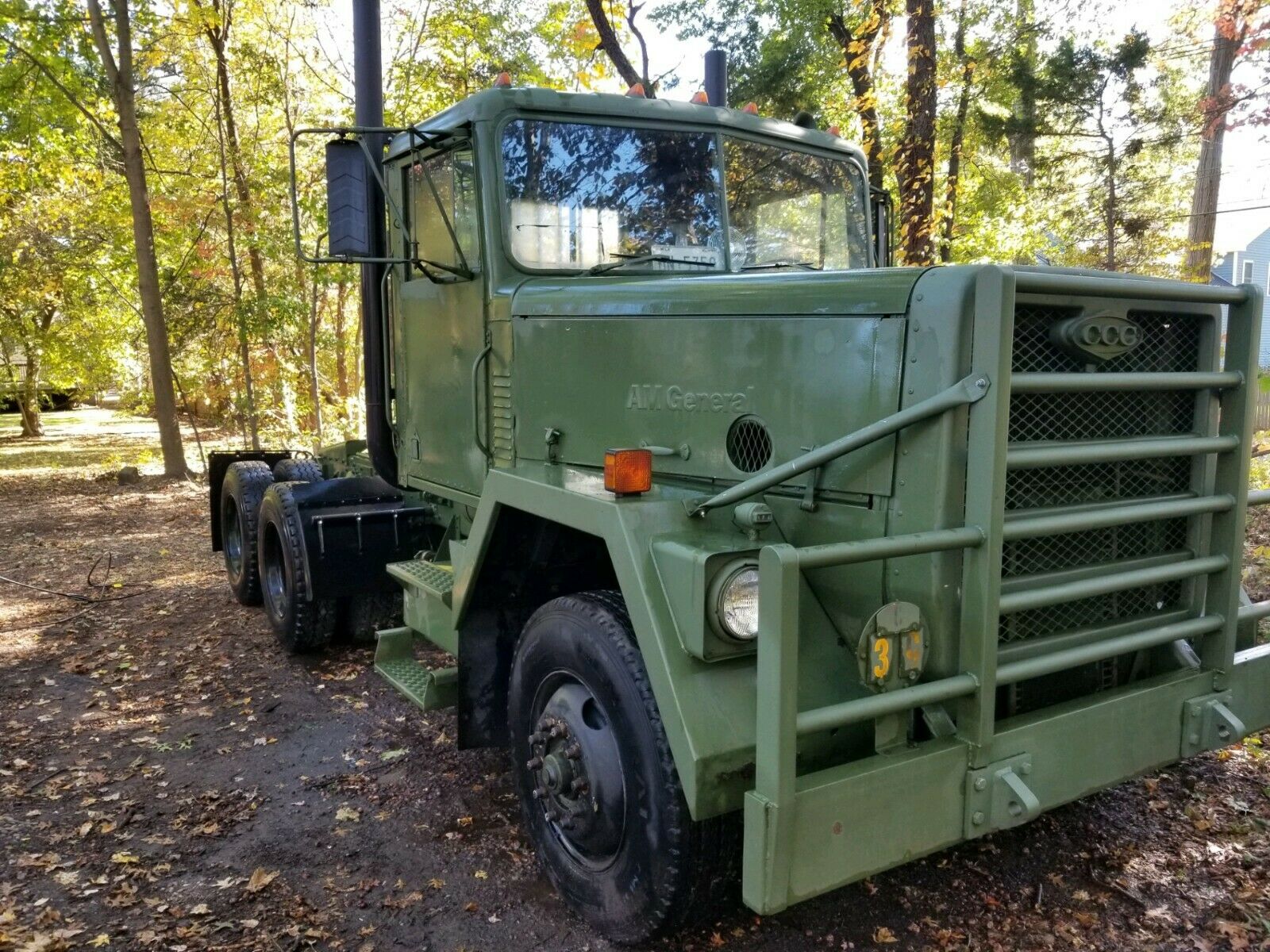 I have owned some cool old trucks but I have never owned a semi-tractor and that will be a thing someday. I have been letting my mind wander a little bit like all of us have over the last few weeks and now I am obsessed with one particular truck I have found. It’s this early 1980s AM General built M-915 A1 truck and it’s awesome for all the right ways and only has one big downside.

For starters, look at the big bull-bar deal on the front end, the totally square shape of the cab, it’s equipped with a power divider to get the most bite out of the twin screw rear axles, and of course the straight pipes must sound like heaven when the 400 Cummins Big Cam engine is up on song. Downsides? Well, it has an automatic transmission. That may actually be an upside when it comes to driving the thing around but not having the ability to row the truck takes a little of the fun factor out.

Note the CCC logo on the grill. These trucks were built off of the Crane Carrier Corporation Centaur platform of trucks. Crane was in the truck building business for many years but mostly for half-cab rigs used in applications like mobile cranes, cement mixers, and other stuff. They also have a good portion of the low cab entry garbage truck industry as well. Like many of those companies the ownership of the brand has changed like 100 times.

Anyway, this truck is awesome and I want it. I’d leave the drab, the straight pipes, and hotrod the hell out of the Cummins until I grenaded the Allison. That would give the excuse to have that transmission built to survive a surgical military strike. This thing is great. 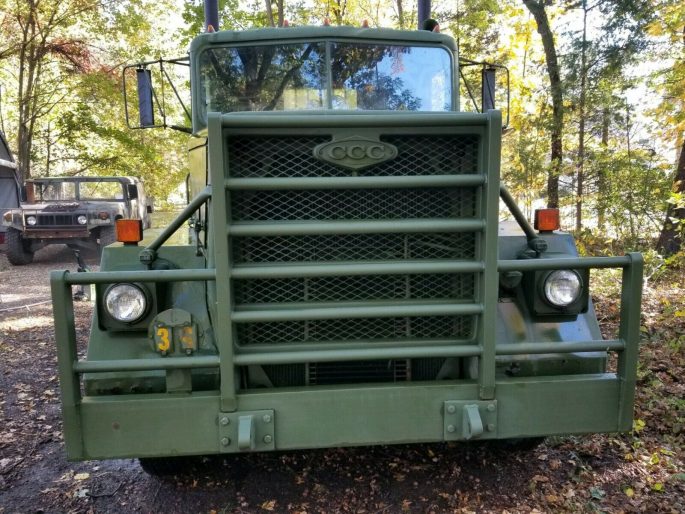 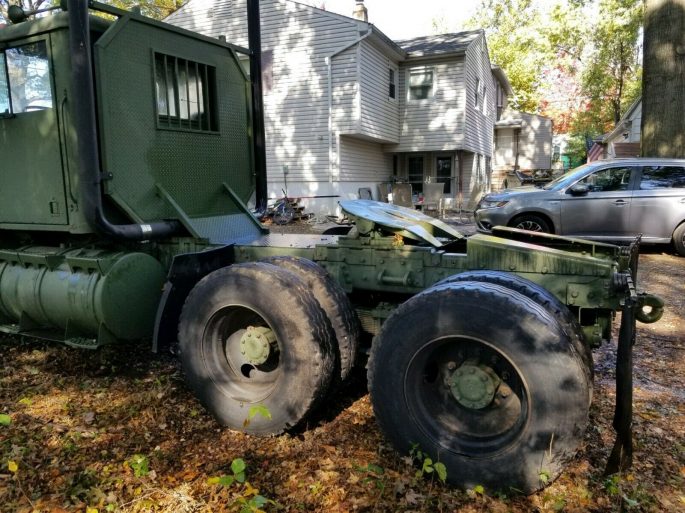 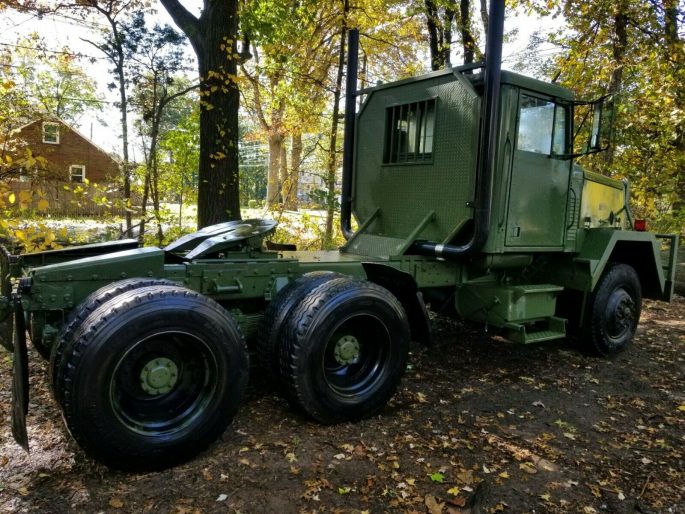 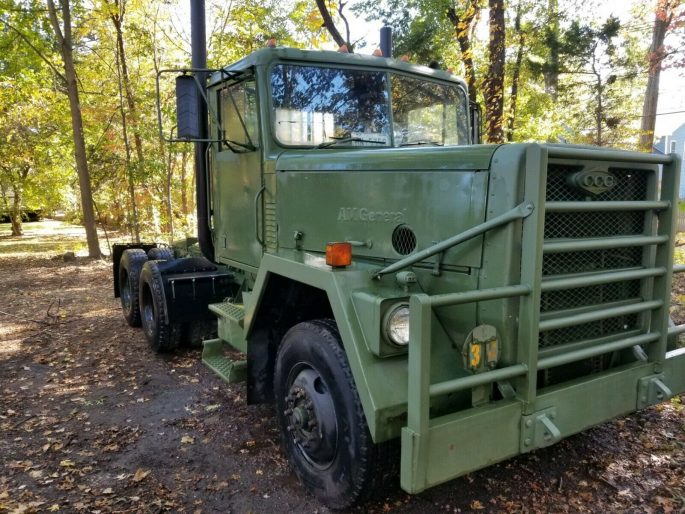 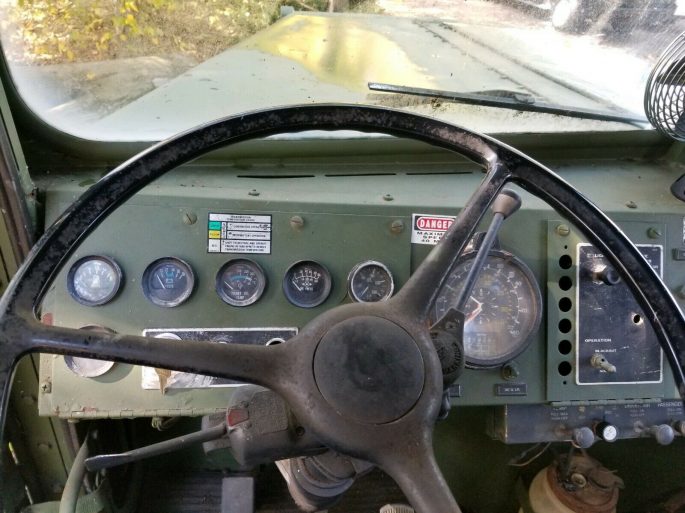 Horsepower Battle At Goodwood: Watch Two Vintage 1960s Can-Am Cars, A Lola and A Chinook Battle Which Modern Muscle Car Delivers The Most For The Least? Here's One 13-Year Old's Opinion

4 thoughts on “Straight Pipes and Olive Drab: This Early 1980s AM General Built M-915 A1 Rig Is Awesome And We Want It”