One Of Them Racing Deals: Watch The Vintage Formula One Crash At The Monaco Historic Race! 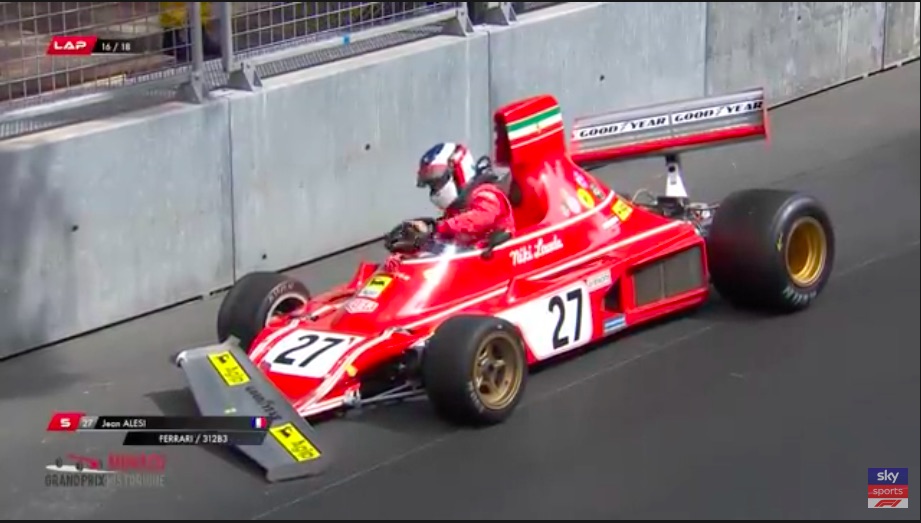 Vintage racing is an awesomely sharp doubled edged sword as we so often learn. On one side you have these amazing machines reliving their glory years on the track, often piloted by some of the best drivers of any particular era of racing. On the other side you have the risks associated with professional drivers pushing themselves and the cars as hard as they can. Crashes happen in modern racing, they happened in historic racing, and they happen in modern day historic races as well. The world was again reminded of that last weekend in Monaco during the 2021 Monaco Historic race.

The 1973-1976 Formula One category was providing an amazing show over the old city course in Monaco with three time 24 Hours of Le Mans winner Marco Werner in a Lotus 77 and former F1 drivr Jean Alesi in a 1970s Ferrari 312B3 slicing and dicing as we so rarely see in F1 racing today. The crowd, the announcers, everyone was loving every second of the magic until disaster struck.

The big point of debate here is whether Werner actually made contact with Alesi before he hit the wall or if Werner’s wing was damaged when he darted inside to avoid the bent up Ferrari. Watch the video and tell us what you think? Did Alesi simple cut the corner too close and make contact or did Werner actually get into him? The Sky Sports video below shows the lead up and the crash itself from several angles.

Photo Bonanza: Here's All Of Our NHRA 4-Wide Nationals Images In One Place To See! Quick Turn With No Burn: Here's How Easily The Borgeson Quick Ratio C10 Steering Box Installs In A 1967-1987 GM Truck

One thought on “One Of Them Racing Deals: Watch The Vintage Formula One Crash At The Monaco Historic Race!”