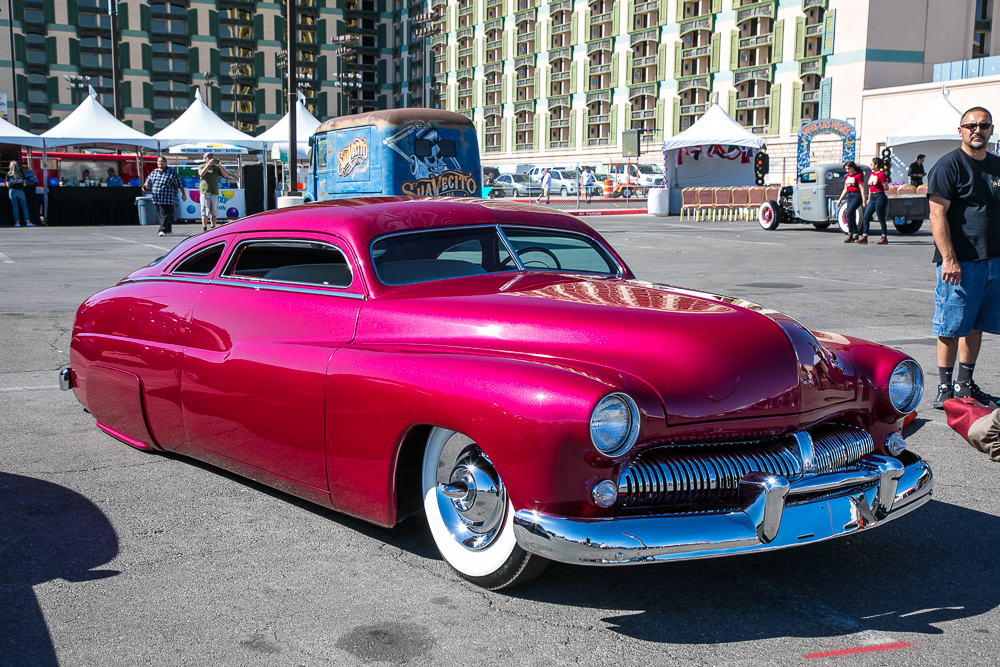 (Photos by Wes Allison) – If it is newer than 1963, it isn’t getting into the Viva Las Vegas show. That’s the cutoff year and that’s the way it always has been. For those of you who don’t like such things, we’ll tell you that there are LOTS of people who do and they showed up in droves to attend this show which has becomes an automotive destination for some and a yearly stop on their calendar of events for many others. This is one of those events that just somehow keeps building on itself.

There’s bitchin’ music, pin up girls, cars by the thousands, and great fun to be had in the adult playground that we unoriginally call “Lost Wages”.

Not surprisingly, lots of the cars hail from the west, where this type of prehistoric sheet metal can live on virtually forever because of the lack of moisture, metal eating road treatments, and other favorable stuff. Even the “rusty” cars out there can’t hold a candle to the pockmarked disasters that rust belt hot rodders often have to start with. Like the vast Lonestar Round Up in Texas, this show draws ’em in polished and pampered states, rough and tumble condition, and restored as well. We have HUNDREDS AND HUNDREDS of photos from the show to post!

Morning Symphony: The Gringo Malibu Launching Like A Missile! Power Player: This 1972 Mercedes-Benz SLC 350 Is The Freak Pro Street Build For The Tasteful Gearhead!