Wagon Masters: Nothing But Station Wagons From The Goodguys 20th PPG Nationals In Columbus 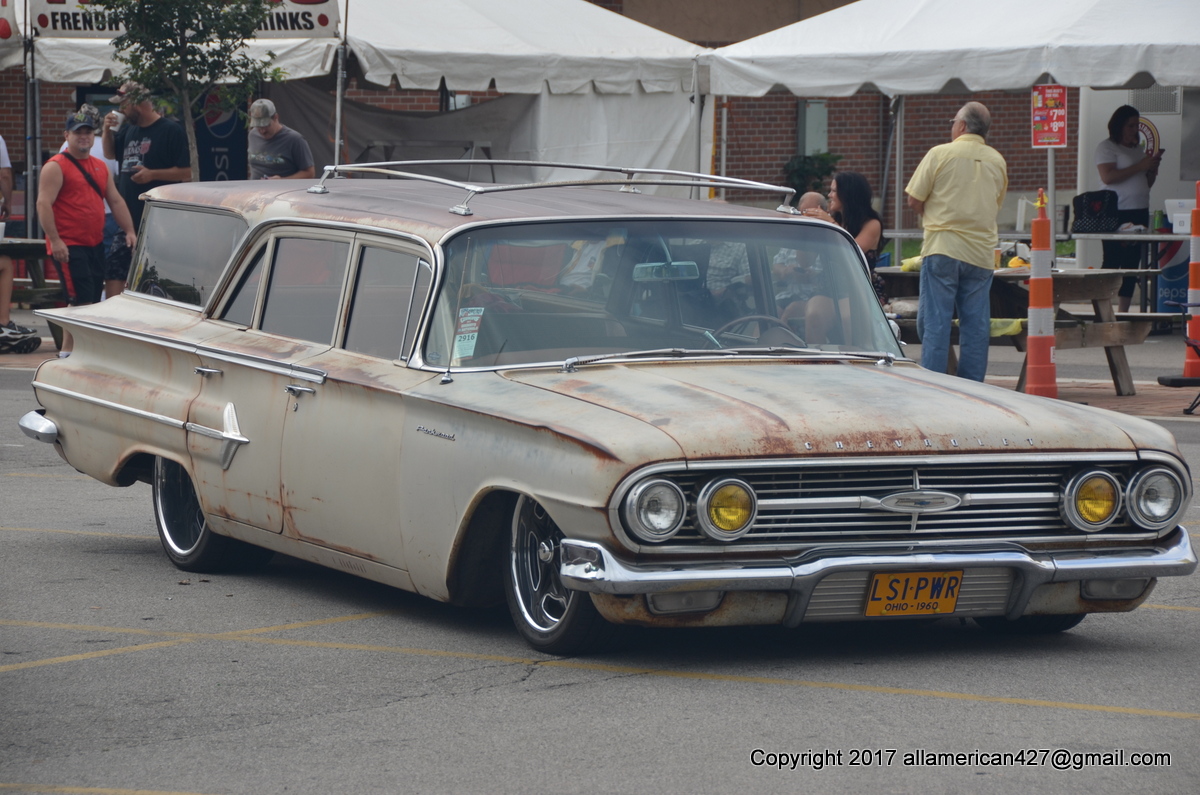 (Photos by Bob Chiluk) – Wait, what? Yesterday we told you that we were tapped out of Goodguys 20th PPG Nationals in Columbus, right? So what gives?! What gives is that Bob Chiluk is a freak for station wagons and he decided that he needed to send us a load of bonus photos that concentrate on nothing but the various long roofs he ran into at the show. We’re talking wagons of multiple shape and size, wagons with perfect paint and wagons that look like they have not seen a wax and buff since the Eisenhower administration. An awesome gamut of cool cars are right here to be run through with your eyes.

Station wagons have been a part of hot rodding for a long, long time. Drag racers liked them in the 1960s and continue to like them today because they transfer weight well due to the amount of overhang behind the rear axle. The other reason people like them is that they are big and different from the coupes and sedans that “everyone” has.

The popularity of station wagons is kind of interesting to think about just in the fact that the majority of guys who have them now probably dreaded being seen in one as kids. We can see a 1960 Chevy wagon now and freak out over it but in 1960 it was just a car someone’s mom drove them to school, baseball practice, or a high school dance in. Time makes our views on things change and thankfully for station wagons, that view gets more and more favorable by the year.

This 1986 Ford F-150 Truck Sits Low And It Also Sits On A Monte Carlo Chassis! Seriously Interesting Classic YouTube: The Review Of The 1983 Mercury Capri RS, aka The Hunchback Mustang

2 thoughts on “Wagon Masters: Nothing But Station Wagons From The Goodguys 20th PPG Nationals In Columbus”