Wasn’t Expecting That: Check Out This 3.6L Pentastar-Powered Dart Swinger! 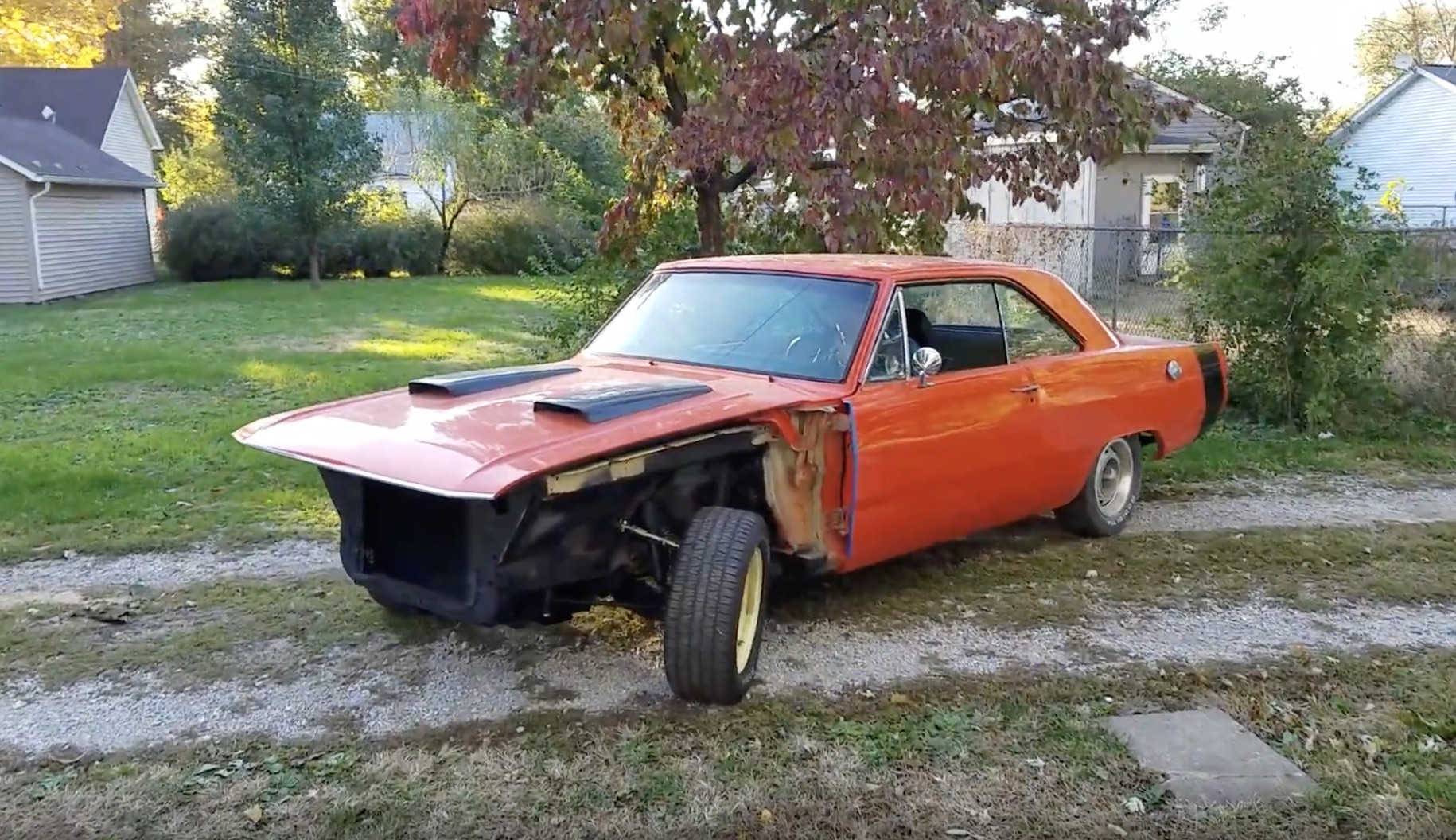 Chrysler’s A-body lineup has a lot going for it: they’re still very affordable for builds, they’re relatively light, the aftermarket makes parts for them and plenty of models have some solid good looks going for them. If you have a Mopar kink and an everyday Joe’s budget, a Dart, Duster or the like are a perfect place to start with a build. How would you put one together? Stick with the basic small-block and build upwards from there? We’ve seen plenty of them and they’re nice. What about a Slant Six? Millions were made and if it’s still running in 2019, chances are good that it’ll run for another fifty years or so. Maybe you want to go straight to the Street Hemi and proceed to shove the fear of Mopar into everything in a gigantic circle around your house. We can’t fault you for that decision. Hell, send us photos, we’d love to see the monster you’re building!

Forum member Tardis454 found something a little more unique to share with the class. The basis is a 1972 Dodge Dart Swinger that Dave Trojahn has been working on since 2016. He scored it in mid-restoration…the bodywork had been finished up, the metal had been repaired, and the paint was fresh. All that was needed was some reassembly and a new powertrain. Normally, this is where we’d start advocating for a takeout third-gen Hemi and a six-speed for some modern twist for the chassis, but a radically different route has been taken: a 3.6L Pentastar V6 from a JK Wrangler, bolted to a T5 five-speed manual. In the JK, the 220ci V6 is good for 285 horsepower and 260 ft/lbs of torque. Why a Pentastar? It’s light, it shifts the weight off of the front axle line of the car (desirable, since the plan is to autocross the Swinger) and there are options to force-feed the machine later on down the road if the original power figures aren’t lighting the fire.

The lack of a V8 under the hood will bother the usual suspects, but seeing someone take on a plentiful modern engine swap that isn’t an LS is always refreshing. The Pentastar will provide a solid amount of power in a normal driver, and we’d love to see how the lighter weight works when this A-body hits the maze of cones!

You can check out more about this Swinger’s build from the start to current by clicking here!

6 thoughts on “Wasn’t Expecting That: Check Out This 3.6L Pentastar-Powered Dart Swinger!”