Watch This Kid Run Out Of Talent, Mangle A BMW, And Catch An Airbag To The Face In The Desert 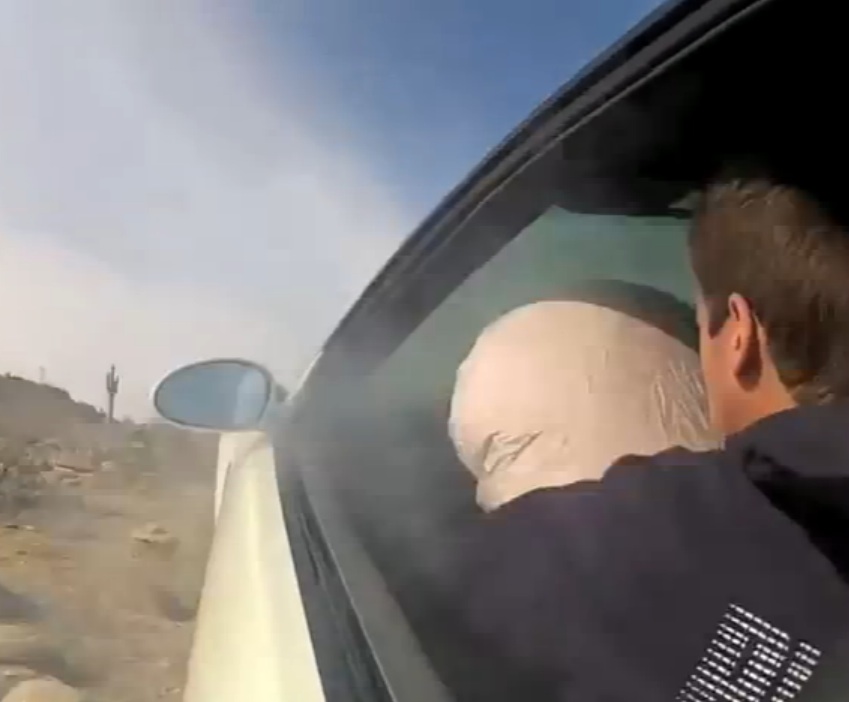 Playing the role of amateur road racer, the kid in the BMW is ripping down some deserted desert road taking corners, flying over rises and zipping through the dips before he builds enough speed to crest one rise and find himself staring at a field of rocks and dirt which he cannot avoid. Judging by the screams and yells we hear once the car comes to a stop, he’ got a car load of pals with him during the off-road excursion. That is bad on a couple of fronts because in the first place the kid will never, ever live this moment down, and in the second place he could have killed multiple people instead of just himself during this episode. Everyone thinks that they are a race car driver until it is proven that they are not. Considering that the video got posted to YouTube, it is safe to assume that these guys were not found as a pile of bleached bones and sweatshirts in the desert, right? The BMW was likely totaled judging by the amount of bouncing and smashing that it did.

There was a time when the cars tried to kill the people that were driving them. We now live in the age of the people having to try to kill the cars they are in. Proof positive that sometimes the people win can be found below.

The Photos Of A Piston And Rod Assembly Being Pulled From This Ship Engine Are Awesome - Your Big Block's Got Nothing On This! Big Shock: The Peterbilt 579EV Becomes The First Electric Big Rig To Climb Pikes Peak

3 thoughts on “Watch This Kid Run Out Of Talent, Mangle A BMW, And Catch An Airbag To The Face In The Desert”