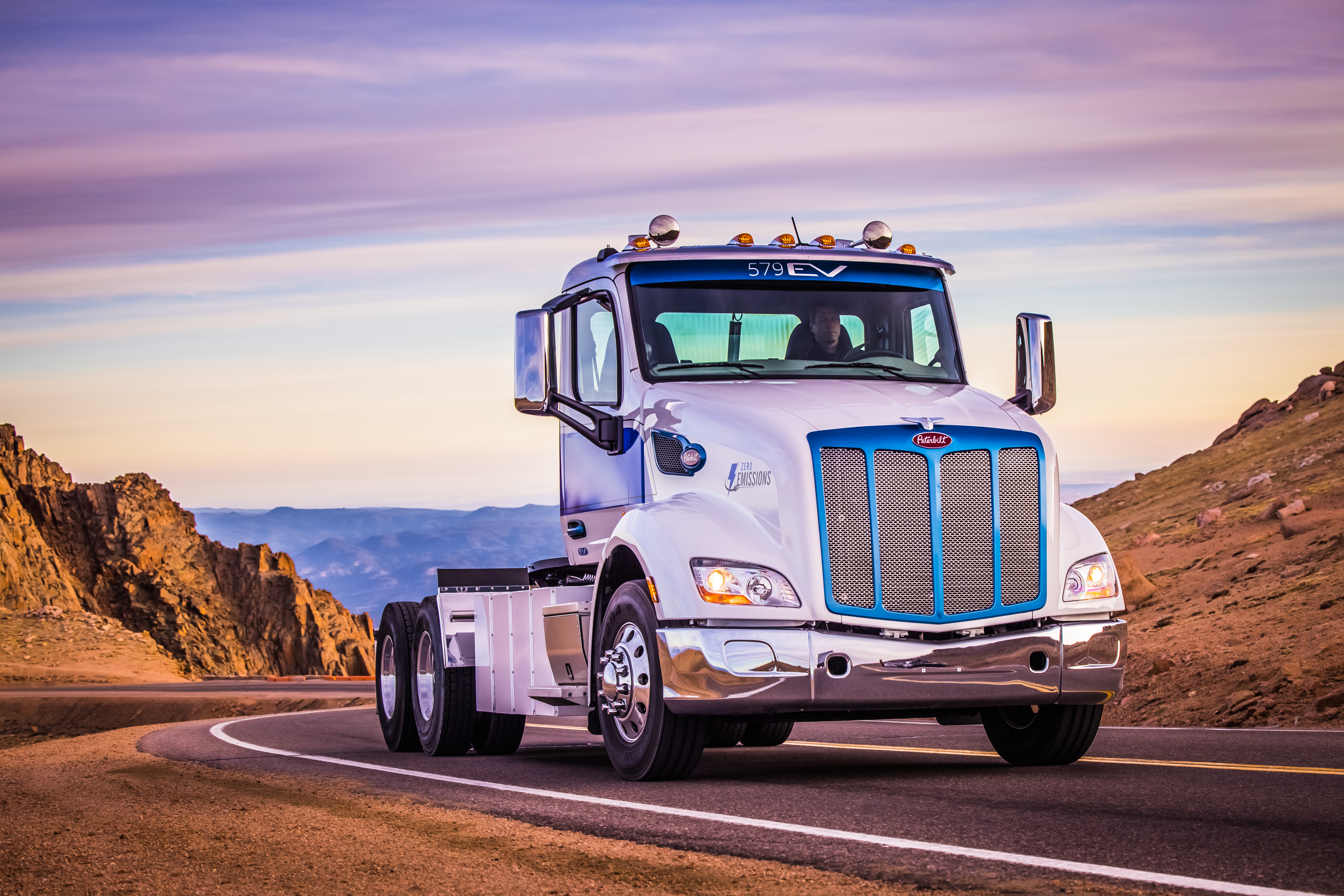 As the electrification seemingly all things on wheels continues to march on, Peterbilt has notched themselves a neat milestone. Recently, the company had their Peterbilt Model 579EV ripping up and down Pikes Peak to prove how capable the platform is. No other electrified big truck has completed this feat as of yet and the company produced a pretty slick video to celebrate that fact. Tesla has been working, or not, on electrified big rigs and has one that gets occasionally spotted hauling cars in California. This move by Peterbilt shows how much time and investment they have put into their EV truck program and it show the fruits of that labor.

With a lower center of gravity than a standard rig and the instant torque that comes not from a big turbocharged diesel but from powerful electric motors, this thing might have been a big ol’ pile of fun to hammer around the 156 turns on the way to the summit.

Pikes Peak has long been a test bed for cars and mechanical technology. One need look no further back than the early 1900s when the concept of the turbocharger at altitude was proven out on top of the mountain during a secret government project that GE had been hired to tackle. Running a Liberty V12 with an early turbo on it, the engine made as much or more horsepower at 14,000ft as it did on the ground.

Whether it is burning corners or towing stuff across America, the 579EV looks to be paving the way for Class 8 electrified trucks.

Hey Peterbilt, I’ve got a CDL…how about a test drive?

Press play below – More information from Peterbilt below the video –

Here’s the story from Peterbilt –

Denton, TX, January 11, 2021 — Peterbilt Motors Company is excited to announce that the Model 579EV is the first zero-emission, battery-electric, Class 8 truck to successfully reach the summit of Pikes Peak.

This significant achievement demonstrates the superior performance of the 579EV and its integrated battery-electric technology. Along with over 110,000 real-world miles on the Peterbilt EV fleet of trucks, this feat further proves that the 579EV is ready for real world, customer operations today. The significant achievement was captured on video and can be seen at https://youtu.be/dJLiFUf1h6w.

Peterbilt tackled the challenge of climbing to the top of Pikes Peak, or “America’s Mountain”, to highlight the 579EV’s excellent power capabilities and drivability, even under extreme road conditions and cold temperatures. The most famous mountain road in the United States, the ascent to Pikes Peak’s summit at 14,115 feet has an average grade of 7% and incorporates 156 turns over the last 12.42 miles.

Over a 3-day period, the 579EV made the journey up Pikes Peak multiple times with ease, each time using the recovered energy from regenerative braking on the descent to recharge the high-density battery packs to repeat each climb with ease.

“The performance of the Model 579EV while navigating to the summit of Pikes Peak was nothing short of amazing. Handling the 156 corners was made easier thanks to the lower center of gravity provided by the battery location on the 579EV,” said, Darryl Oster, Peterbilt assistant chief engineer.

“This is a huge moment for Peterbilt and everyone who has worked countless hours to bring this truck to life. Being the first battery electric powered Class 8 truck to conquer one of the most iconic roads in North America is just the beginning. Peterbilt is leading the charge on commercial vehicle electrification, with three distinctive EV configurations available for customer orders today in a variety of applications,” said Jason Skoog, Peterbilt general manager and PACCAR vice president.

Watch This Kid Run Out Of Talent, Mangle A BMW, And Catch An Airbag To The Face In The Desert Can A Facelift Salvage Sales For The Awesome Kia K900? The Price Is Right, Why Is No One Buying?