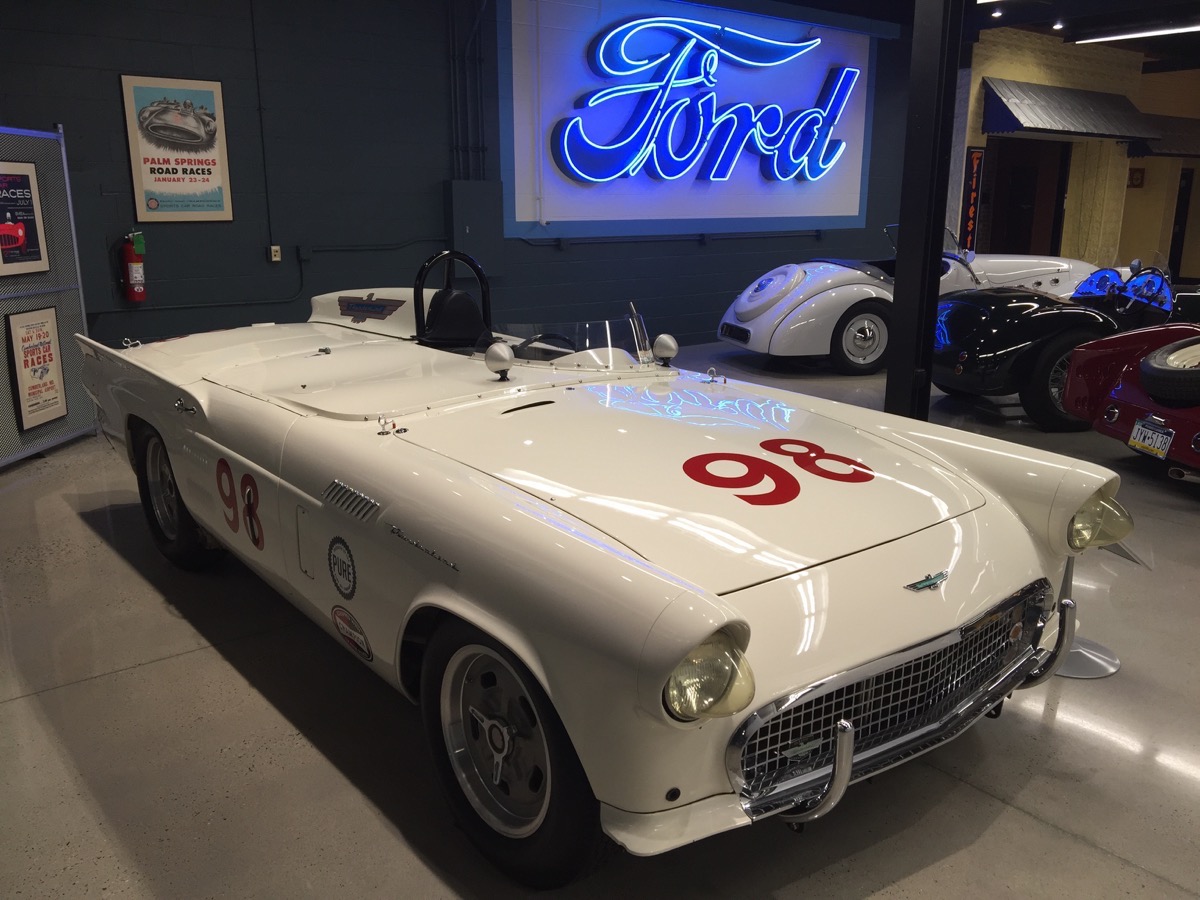 (Words and photos by Joe Grippo) –A few weeks back I was fortunate to able to tour one of the most incredible private car collections anywhere in the world. Maybe you think that is hyperbole but look through the galleries and then tell me I’m wrong. The cool, vintage 3 story brick building was a window manufacturing facility in its former life but now it houses a the most mind-blowing assemblage of vintage race cars and hot rods under one roof you will see in your entire life. While this is a Ford fans nirvana, any BangShifter worth their greasy fingernails would be left slack jawed upon entering the joint. The whole deal is curated and owned by Ross Meyers. Ross owns a very successful construction company in Southeast Pennsylvania. Named the 3Dog Garage, the collection is made up of historical Race Cars and Hot Rods each with their dedicated floor in the building. Meyer has an affinity for the 1936 Ford and has the entire second floor dedicated to them, more on that later.

We are going to spread the goodness out over a few days with galleries of each of the three floors. Let’s start out on my personal favorite level, the first floor and the racers. Upon going through the vestibule entrance that has a mid-century diner feeling you are greeted by a breathtaking group of drag cars on the left and stunning road racers on the right. I immediately went left. And boom, Gas Ronda’s A/FX Mustang is the first thing you see. Displayed with the hood suspended, the Mustang’s S.O.H.C 427 is front and center, as it should be. Turning around I was punched in the gut when I saw Mickey Thompson’s Monocoque Mach 1 Funny Car and its blown fuel burning Boss 429. I geeked out and came back to this best several times throughout the day and reveled in all the details. The drag racing wing also showcases Phil Bonner’s ’68 Cobra Jet Super Stocker and the Dead End Kids Top Fueler. Along the wall were a few early roadsters with drag history. Each car is displayed with a plaque telling the history of each vehicle.

Staggering into the next room we found a cross section of road racing Fords and Mercurys. Like vintage Trans Am? Smokey Yunick’s black and gold ’69 Boss 302 cheater car lives here, and it is absolutely sinister looking. How about Dan Gurney’s Cougar sitting door handle to door handle with George Follmer’s Boss Mustang with the original Bud Moore Engineering ramp truck as the back drop. Crazy. There’s even some old time Bud Moore NASCAR stuff, I was digging the ‘70’s era David Pearson driven Torino. Meyer is a racer too and just about all his cars are track ready at any given moment. To that end, he has a fully equipped fab and restoration shop in house, with a few interesting projects underway, check out the photos. Some of the coolest road racers in the collection are from the IMSA and Camel GT Series of the ‘80’s, we were going nuts over the Roush Mustangs, Cougars and Merkurs. Very heady stuff.

Bridging the gap between street and track, Ross Meyer has some bad ass big and small block Cobras, a few Allard’s and a bitchn’ little ‘50’s era homemade sports car. While the cars are the attention grabbers don’t sleep on all the vintage signage and racing posters covering the walls. Hanging from the ceiling are amazing Radio Controlled airplanes of every type. Cool stuff everywhere and were just on the first floor! 3Dog is not open to the public, so we were very appreciative to be able to get in there with a group of gearheads for a Saturday afternoon. Next, we head upstairs to see what the next mind blower is awaiting us. Stay tuned.