Save It: This Weirdo Hot Rod Magazine Chrysler Mini-Van Is Languishing In A Washington State Wrecking Yard 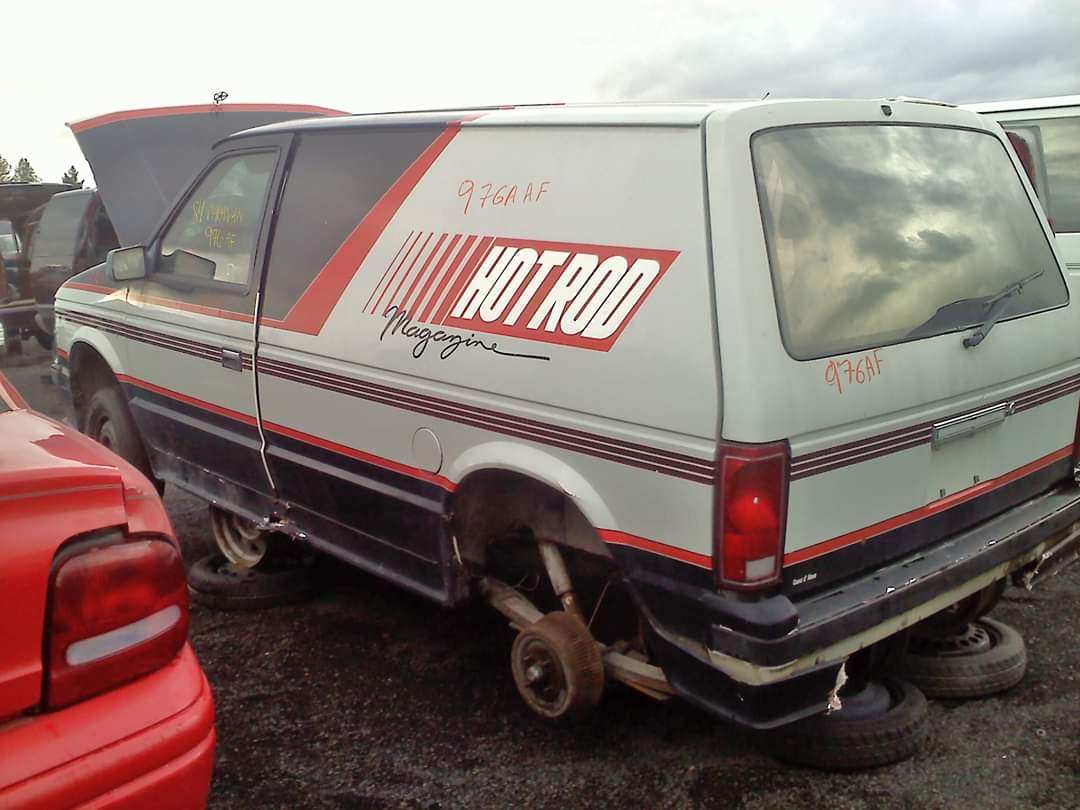 The true hey-day of the magazine project car has long passed, right? The days when you hung on every issue to see what parts were installed next, what the finished product looked like, and what it performed like were good ones but there’s always some weird to off-set the awesome. Ben Becktold sent us the tip on this strange 1980s magazine relic that is currently sitting in a wrecking yard outside of Spokane, Washington.

We remember absolutely nothing about this van. We have no idea if it was mechanically enhanced at all or if the thing was basically a staff vehicle to take to events or what. It’s neat in the fact that it appears to be really clean and obviously the paint job was cutting edge for the early/middle 1980s. The glass looks intact and it is one of the vans that has no rear side glass so it definitely has the panel truck vibe.

As Benjamin mentioned, this van has the same base engine that the Rampage Hot Rod built had. That little thing was sprayed with nitrous and was a pretty angry little machine when done. We have used some Google-fu to try and learn more about this forlorn little box but nothing has jumped off the page at us.

Anyone remember this thing? Anyone want it? 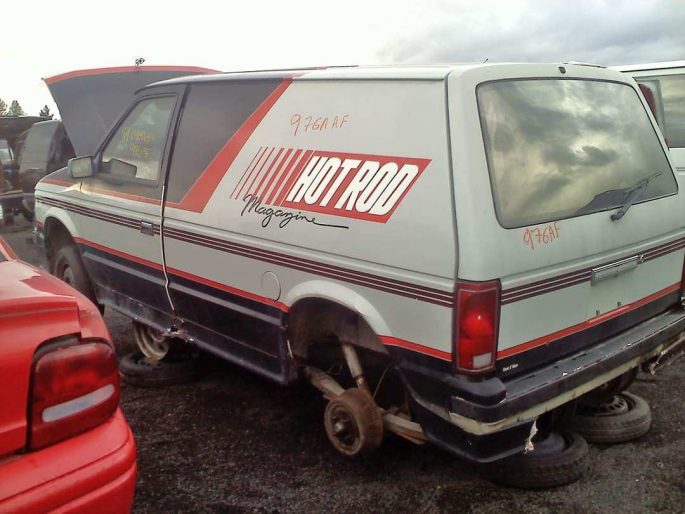 10 thoughts on “Save It: This Weirdo Hot Rod Magazine Chrysler Mini-Van Is Languishing In A Washington State Wrecking Yard”