Neat Jeep: This 1970 Hurst Jeep Commander Could Be The Earliest One Ever Made 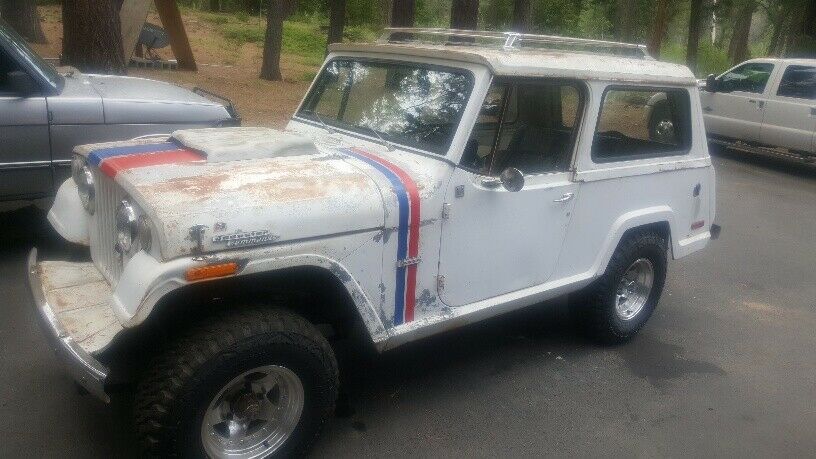 Before you Jeep freaks get all up on the chip, we know that there were not serial numbers specifically assigned to the 1970 Hurst Jeep Commander specialty models that the company sold. The guy selling this one even admits to that, but he does raise a compelling point when he says that there’s a registry of these rigs and his has the lowest serial number on it. While that is not definitive evidence, it is pretty good in our book and we’re going to venture a guess that most people, ok all people, who own these understand their unique and rare status in the Jeep world.

So did these have some hairy engine and all kinds of performance upgrades? Actually no. They came from the factory with appearance package which included the white paint and red/blue stripes, a hood scoop, and interior upgrades like this one has along with the dual gate shifter. Supposedly about 100 were made. This truck comes with the original engine but there’s been a rebuilt Dauntless 225ci V6 with a  4bbl swapped into its place. The stripes were laid back on this one bacause the originals, like the original paint were pretty beat up. The original scoop got ripped off so there’s a repop job on there now.

Inside there’s been a little dash hackery for a newer radio, there’s freshly upholstered seats, and the Dual Gate looks as good as new.

The truck needs some floor work, those come with the sale, and we’d dig it back with the kind of dorky but cool original wheel/tire/hubcab configuration on it just for history’s sake.

eBay: This 1970 Hurst Jeep Commander Could Be The Earliest One Made 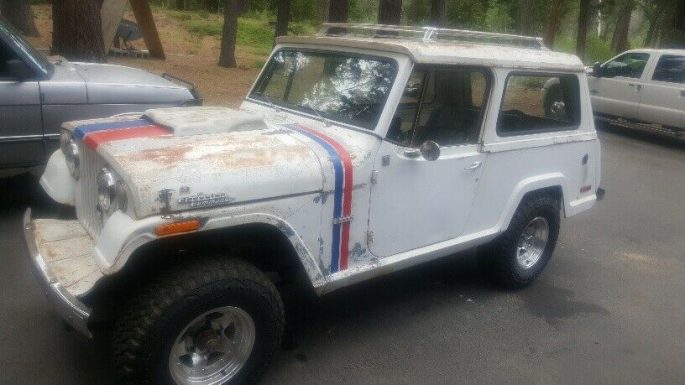 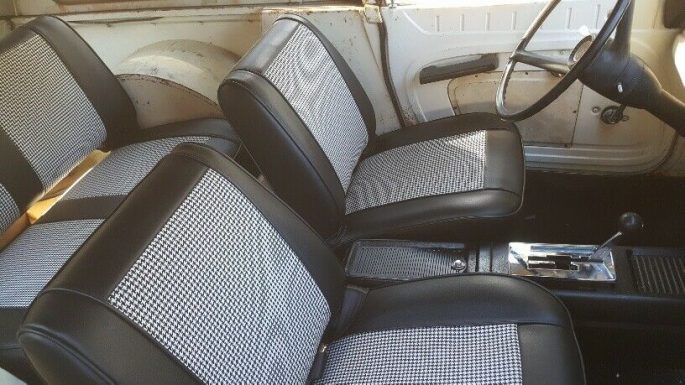 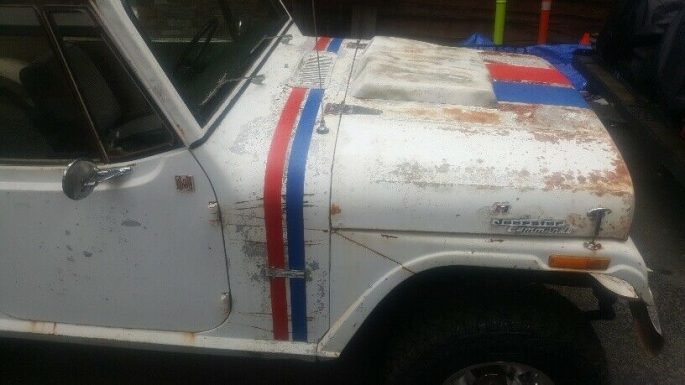 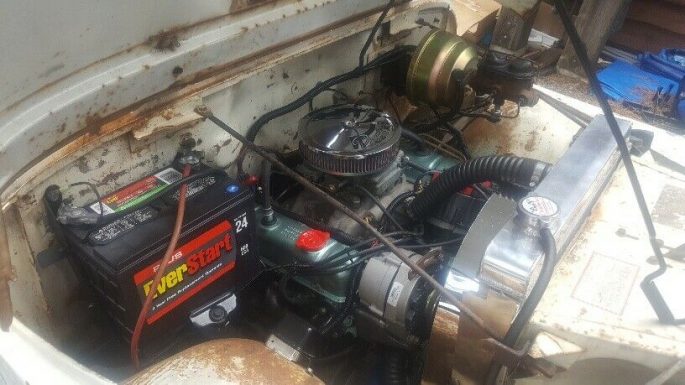 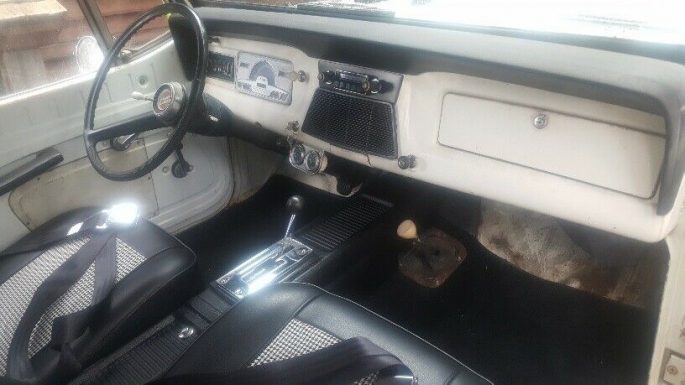 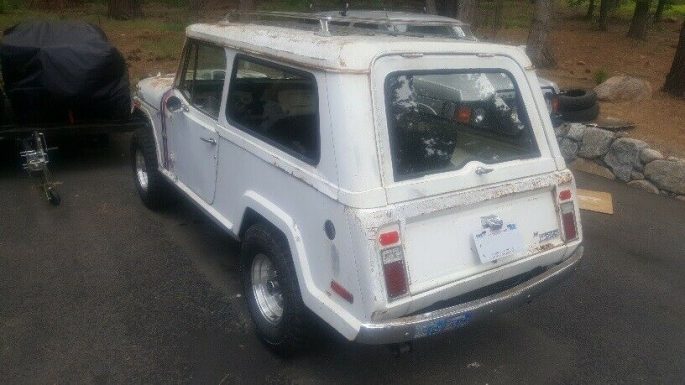 2 thoughts on “Neat Jeep: This 1970 Hurst Jeep Commander Could Be The Earliest One Ever Made”