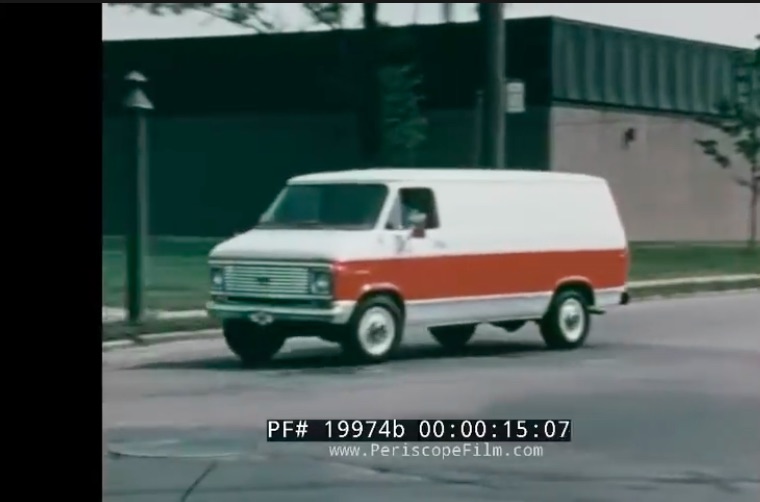 What’s old is cool again, right? In many ways that line is the truth for all automotive enthusiasts who love the machines that carried us around decades ago, but the van world is booming right now. Classic vans hark back to the 1970s decade when they became a massive subset of the aftermarket and developed their own culture around them. This video is not so much about the vanning counter culture as much as it is about the primary market Chevrolet was trying to reach, the practical one. No shag carpets here but a study in why these vehicles were great for local cargo hauling and other work.

It’s weird that we’re kind of at the end of the traditional van era, most models have been discontinued in favor of smaller, European-style low floor jobs like the Ford Transit and others. There’s something great about the full-framed, tough as nails vans that we all grew up with, though.

We’re not sue if this video was shown by dealers at the dealership, sent to large fleet customers or what but we’re telling you right now that we want that red and white cargo van with loads of horsepower and an engine swap right now. Funny how the yeoman vehicles of the past become the cool stuff of the present, right?

One thought on “It’s The Van, Man: This 1975 Chevrolet Promotional Film Hawking Vans Is Pretty Awesome”