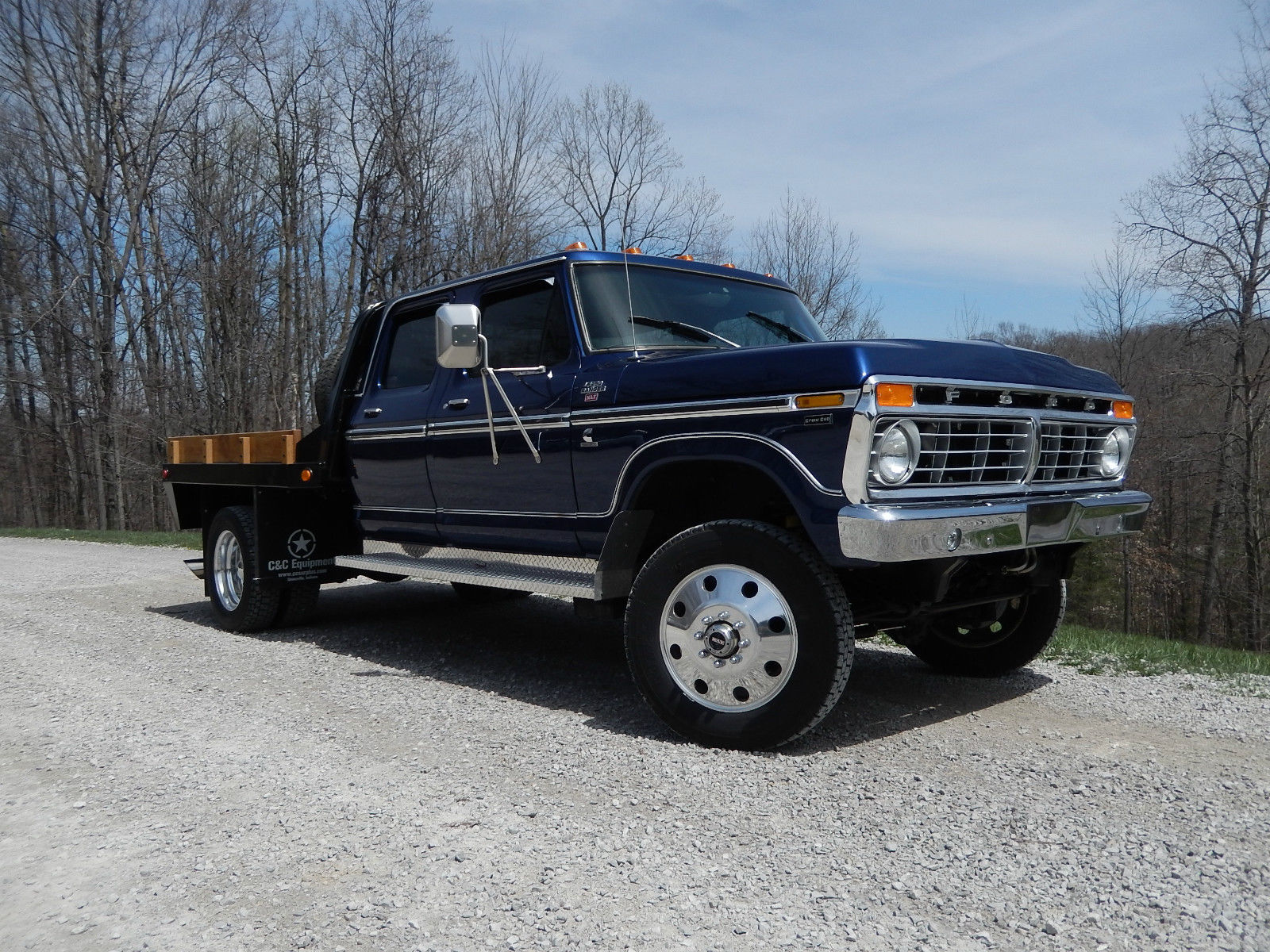 There are certain things we stumble upon while trolling eBay and other online marketplaces for trucks, tractors, cars, and parts which literally lap off the page and scream, “SHOW ME OFF ON BANGSHIFT!” As you can imagine, this 1977 Ford truck was one of those things, mainly because it isn’t really a 1977 Ford truck. It is a 2008 Dodge Ram heavy duty cab and chassis with a 6.7L Cummins engine, manual transmission, and a very handsome Ford crew cab bolted on. The truck was professionally built and looks every inch of it. We’re completely in love with this rig because it is doesn’t seem to have a hair out of place, it is perfectly proportioned, it is four wheel driver, it has a stick, and it has more personality than every truck built in the last 15 years.

Lots of times when we see trucks like this built they are “close” but not quite right. Maybe the wheels don’t really line up in the wheel openings or the height of the cab is weirdo because it needed to be raised to fit over something that would fit. In this case, there is none of that whatsoever. The whole things looks like a modified factory rig and we’re guessing that people really freak when the owner lights the truck off at an event or show because they can’t be expecting the distinctive sound and clatter of the 6.7L Cummins engine.

The seller points out the fact that he builds trucks professionally so this is not a first time “holy crap it runs?!” type of situation here. This guy has done the work a bunch and now you have a shot to own a piece of it. The builder took a couple of cool liberties or creative license with the thing as well. The cab is ’77 vintage but that is a 1973-1975 style grille up on the front of the thing. Also note the fog lights he subtly added to the front bumper. They look sweet. Out back the custom built flatbed with a trailer ball in the center for gooseneck style units is perfect, and the interior of the cab is also awesomely stock. Clean, nice, and looking new, but 100% stock as far as the inside of the cab goes.

This is a really, REALLY neat truck. Scroll down to see more photos and then hit the link for the ad. There is a TON more photos and a TON of information about the truck and its build there as well. Very impressive stuff. 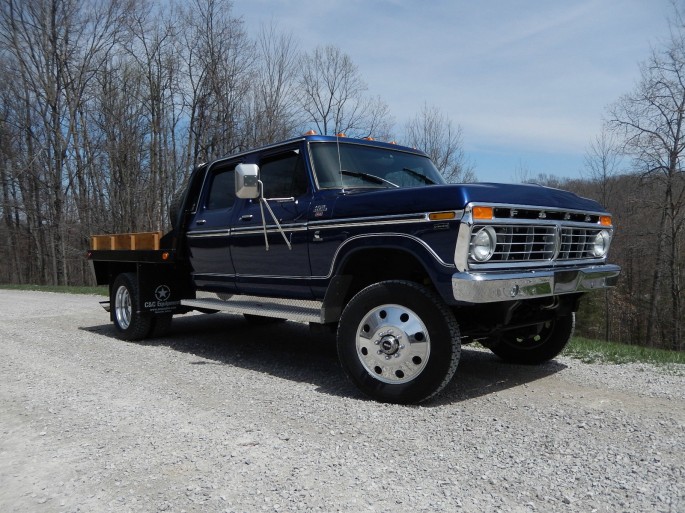 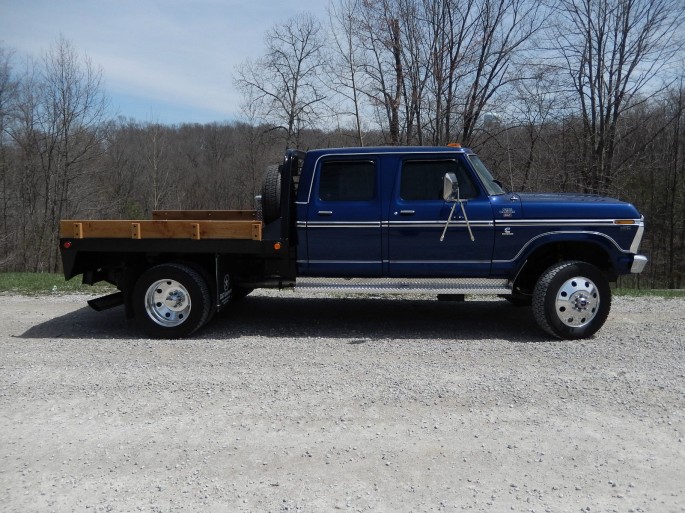 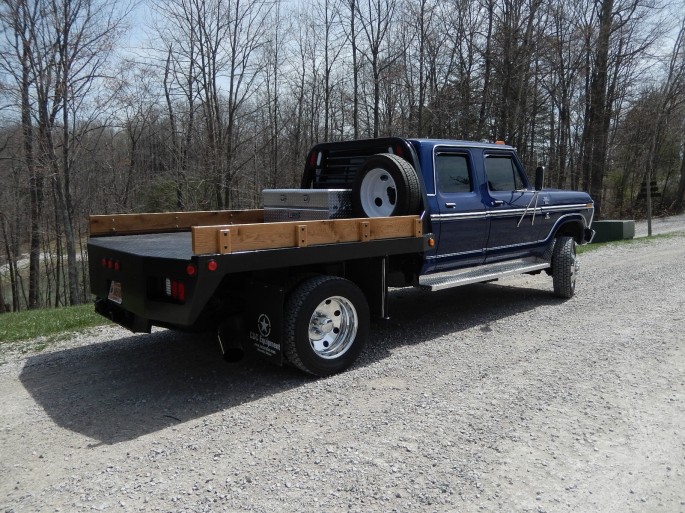 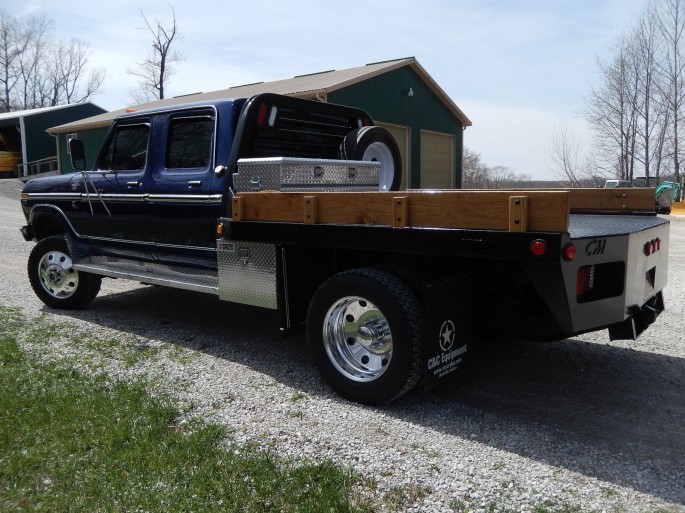 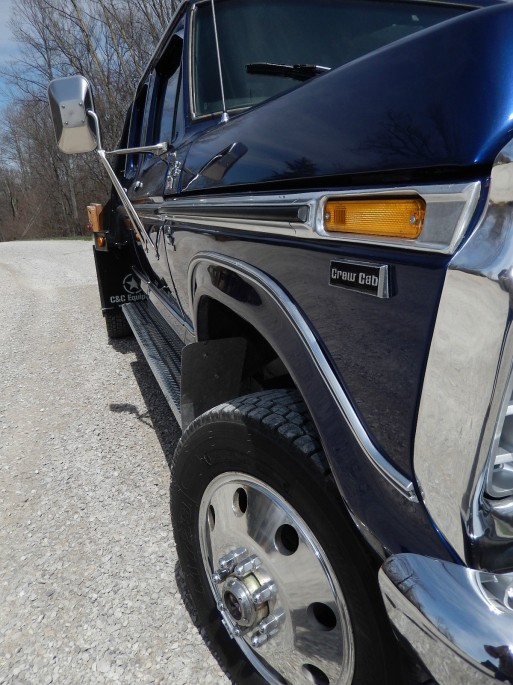 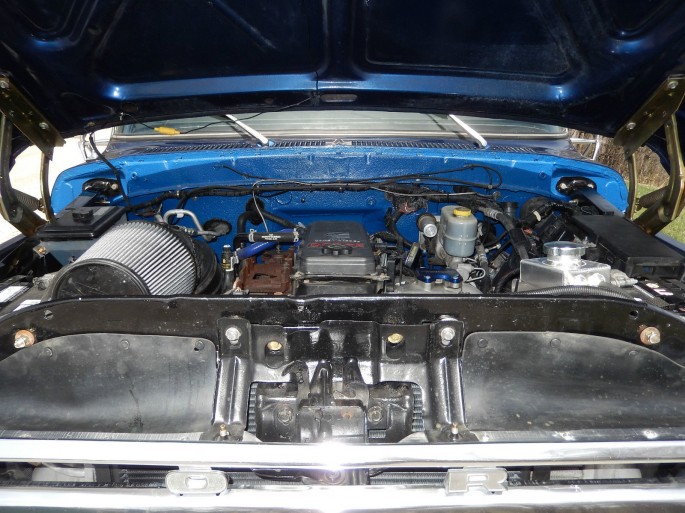