2019 Capital City 300 Pull Photo Coverage: Killer Photos Of Trucks and Tractors Getting Down With The Sled! 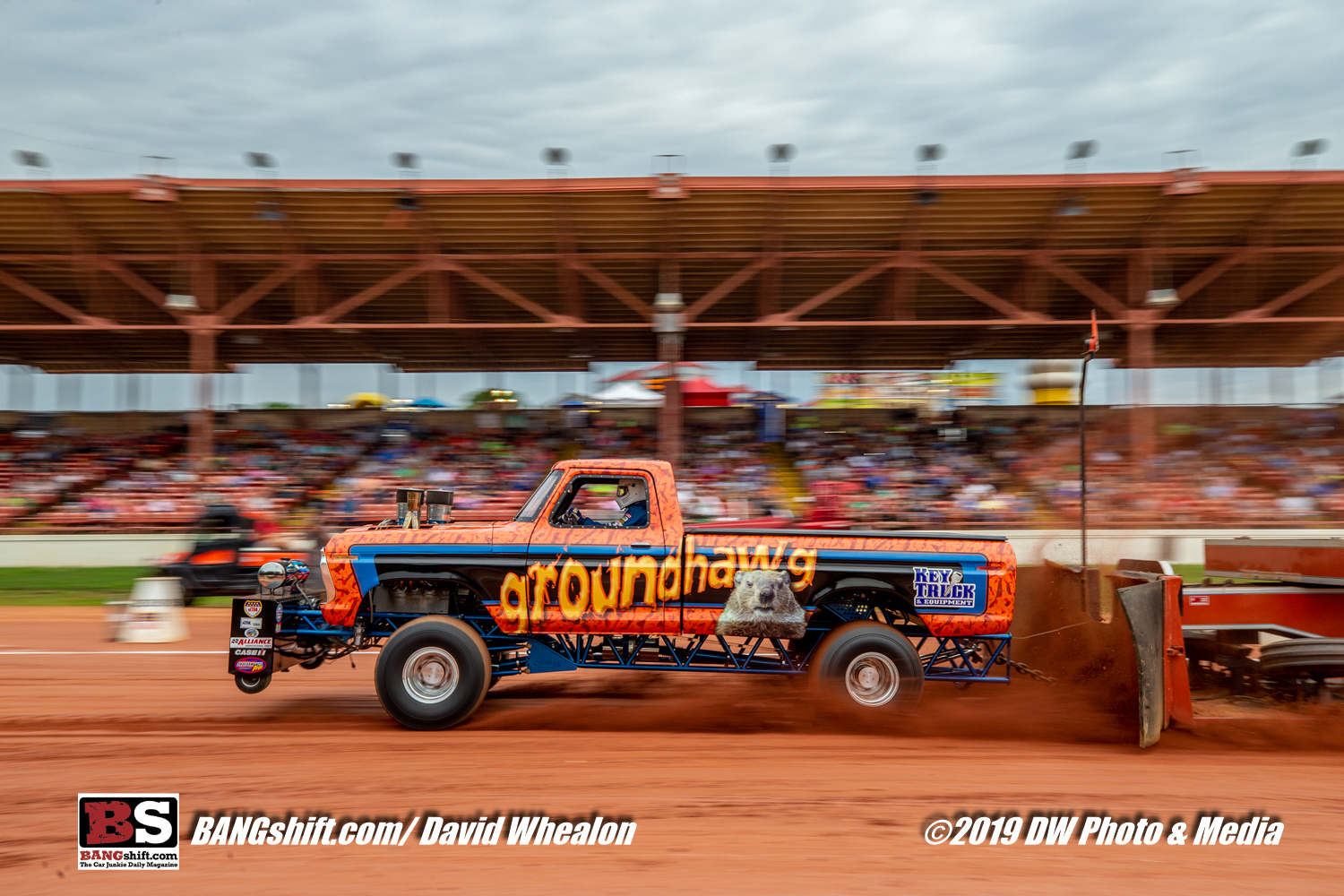 (Words and photos by David Whealon) –Our NTPA Region 4 United Pullers of the Carolinas 2019 season is up and running and we’re back to the NC State Fairgrounds for one night of awesome pulling at the intimate surroundings of the Sam Rand Arena sans the hustle and bustle of the one of the top 10 state fairs in the country. The Capital City 300 is the 3rdstop of the 10 hook UPOC season. As always we had a host of classes including Super Farm, Mini Modified, Lt Pro Stock, Pro Stock, Two Wheel Drive, Four Wheel Drive, Hot Farm and unique to the UPOC the Lt. Four Wheel Drive. The track was fast and nearly all the classes well surpassed the 330’ Full Pull marker. One of the notables was ex garden tractor puller Bonnie Waters taking his Larry Flood tuned hemi Mini Rod “Angel of the Krypt” to his first ever NTPA win with a hook of a whopping 385’. And in another wild pass Ron Beasley nearly splattered the measurement laser in taking his Lt. Pro Stock “Farmall Fever” to a 369’ win.

To round out the night our other class winners were:

With stops coming up in Virginia and then all across the state of North Carolina the UPOC and NTPA caps their seasons right back here at the fairgrounds with the NC State Fair Southern Showdown on October 18-20.

2019 ALS Cruisin' For A Cure Car Show Gallery: More Awesome Iron From This Fantastic Show Guest Editorial: There Are Two Guaranteed Million Dollar Bracket Races In 2020 - Time To Be Concerned?